An aircraft factory worker goes on the run after being wrongly accused of starting a fire that killed his best friend.
(NR, 109 min.) 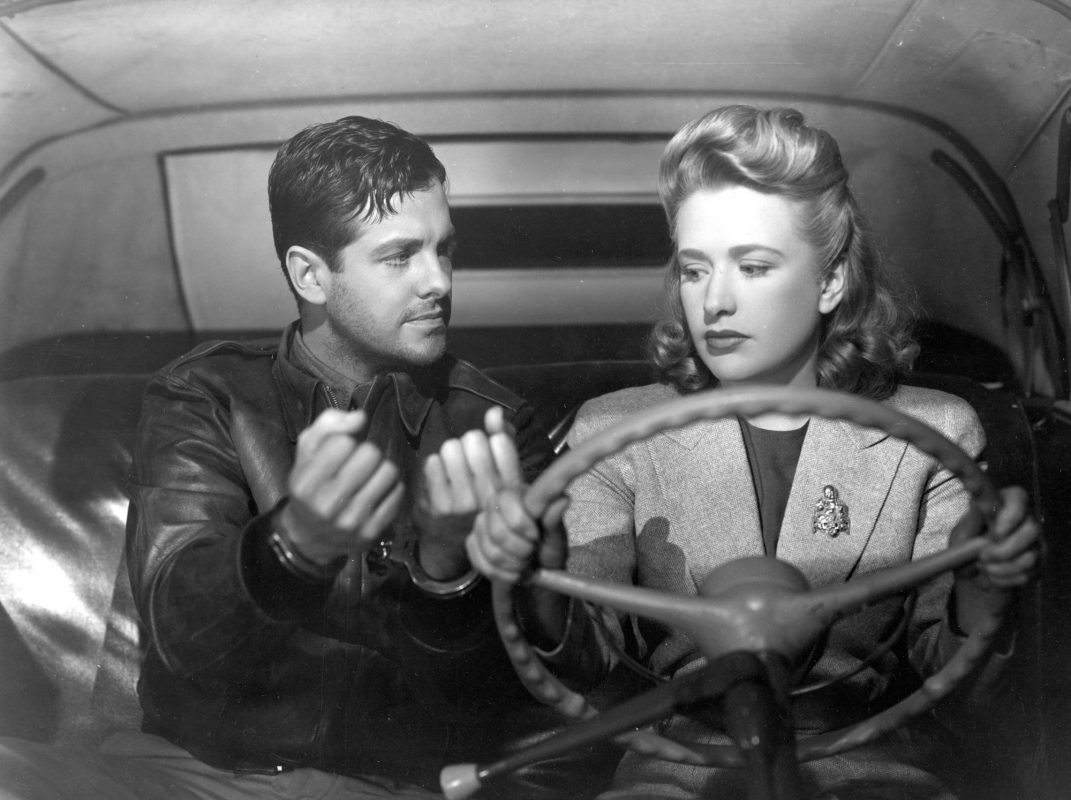 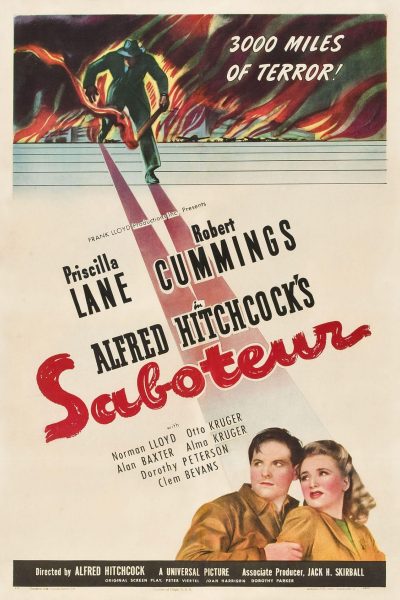 In this film, aircraft plant worker Robert Cummings is accused of sabotaging his factory and causing the death of a co-worker. Actually, Cummings is the fall guy for a ring of Nazi spies, headed by an above-suspicion American philanthropist. Our hero goes on a cross-country chase after the genuine saboteur.
[Rotten Tomatoes]

"Saboteur's ingredients are not uncommon, but Master Hitchcock deals them out in a sinister manner that makes them appear so."

"This film, Hitchcock's first contribution to wartime American propaganda, is as polished and suspenseful as any the great director would make."

"Soldiers on patrol behind cafeteria workers, Fascist-sympathizing terrorists deeply embedded in small towns and big cities, and the chilling crackle of hectic radio warnings set a tone of ambient menace."

"For his first thriller set in America, from 1942, Alfred Hitchcock runs loopily through a gamut of genres, filming in a range of settings, from California to New York, to depict a country that lives in the image of its movies. His set pieces take on the blue-collar drama, the Western, the high-society mystery, the urban police story, and the circus melodrama, while capturing the paranoia of a country newly at war."