An ex-soldier, living homeless in London, is offered a place to stay at a decaying house inhabited by a young woman and her dying mother. As he starts to fall for her, he cannot ignore his suspicion that something sinister is going on.
(R, 99 min.) 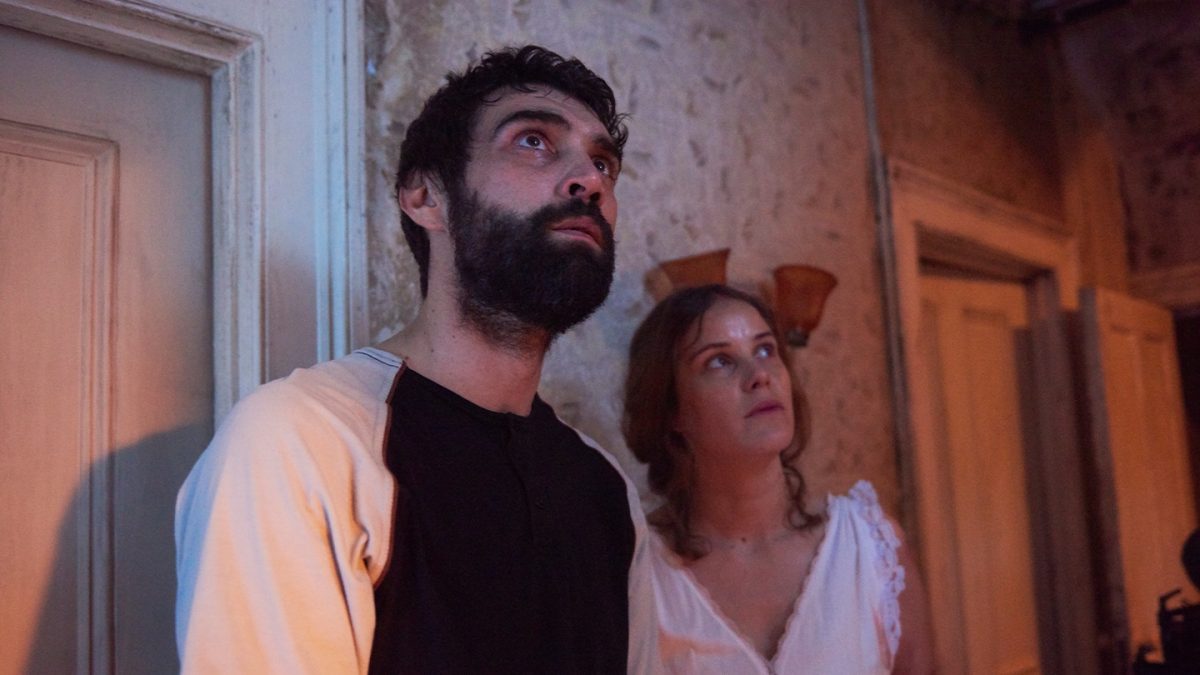 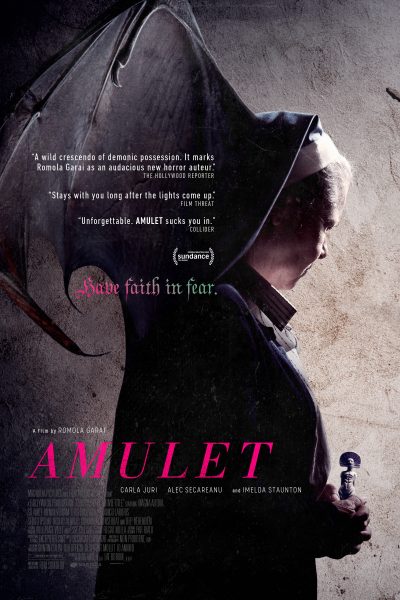 Following an accident that leaves him homeless in London, former soldier Tomaz is brought to the rotting home of Magda, a lonely woman in desperate need of help as she looks after her dying mother. Though at first resistant, Magda eventually welcomes him into their lives and allows him to help her care for them. But as he worms his way into their routine and begins to fall for Magda, Tomaz starts to notice strange, unexplainable, and ugly phenomena. Something seems very wrong with the mysterious old woman who never leaves the top floor, and Magda may in fact be enslaved to do her otherworldly bidding.
[Metacritic]

"Horror movies usually aim to scare, entertain, and teach us. Amulet mostly does all three."

"Amulet is deeply, deliberately mysterious, and all the more fun for it; the less viewers know going in, the more ferocious the ride."

"The movie casts a grim sort of spell; a brooding, stifled dread that creeps in quietly from the margins, and lingers long after the last triumphant frame."

"As a haunted house film, its ornate mythology pulls the dingy rotting rug out several times from under our initial idea of who is the haunter and who the hauntee."

"Amulet elevates these themes of repentance and sin through deft editing, strong performances, and a chilling score. It’s an evocative, confident debut, recalling the metaphorical horror of Jennifer Kent’s "The Babadook" or Babak Anvari’s "Under The Shadow," even as it announces the arrival of a singular new voice."