A hot-tempered farm laborer convinces the woman he loves to marry their rich but dying boss so that they can have a claim to his fortune. (PG, 94 min.) 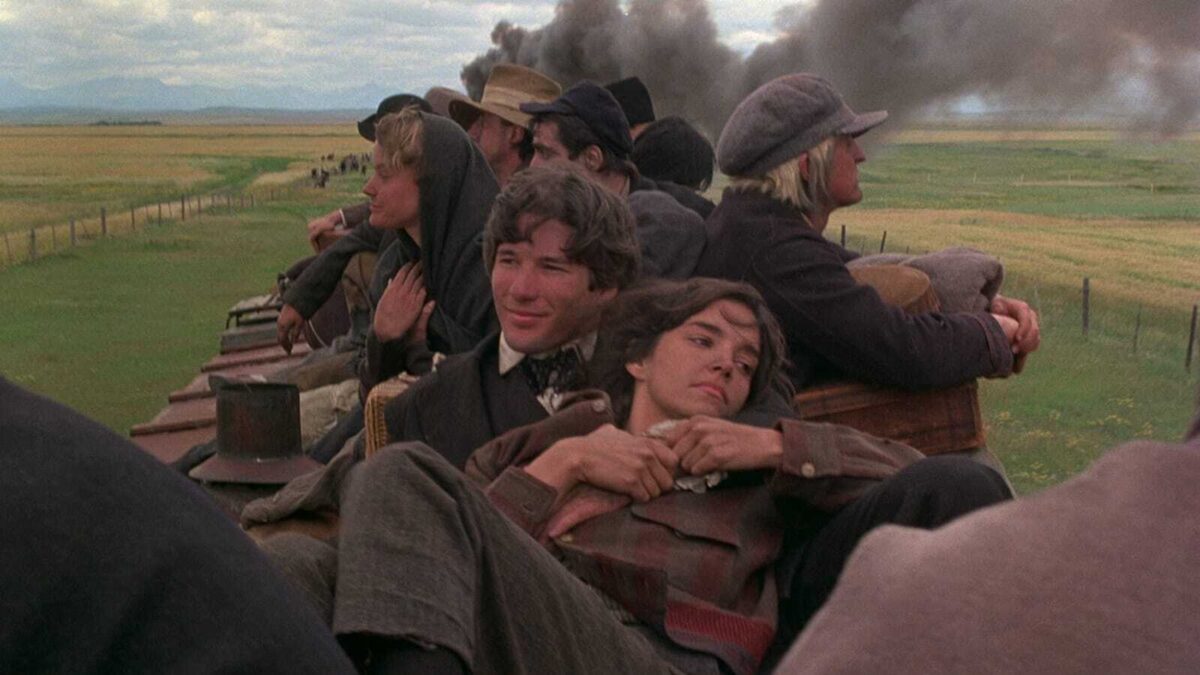 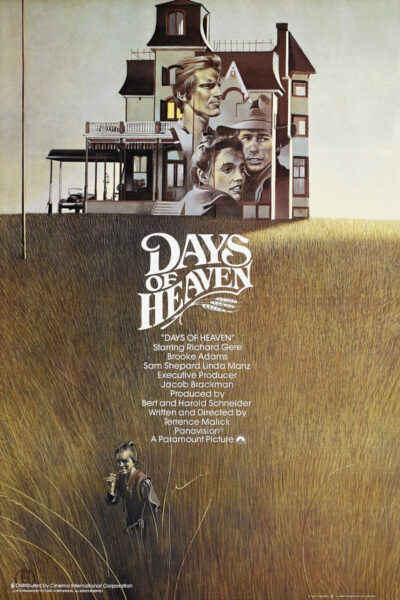 One-of-a-kind filmmaker-philosopher Terrence Malick has created some of the most visually arresting films of the twentieth century, and his glorious period tragedy Days of Heaven, featuring Oscar-winning cinematography by Nestor Almendros, stands out among them. In 1910, a Chicago steelworker (Richard Gere) accidentally kills his supervisor, and he, his girlfriend (Brooke Adams), and his little sister (Linda Manz) flee to the Texas panhandle, where they find work harvesting wheat in the fields of a stoic farmer (Sam Shepard). A love triangle, a swarm of locusts, a hellish fire—Malick captures it all with dreamlike authenticity, creating a timeless American idyll that is also a gritty evocation of turn-of-the-century labor. [Criterion]

"This is the towering, unconventional power of a true artist."

"Simply one of the most ravishing films ever made, luminous in a way that no other movie has been."

"It seems almost incontestably...the most gorgeously photographed film ever made. [23 March 1999]"

"A dramatically moving and technically breathtaking American art film, one of the great cinematic achievements of the 1970s."

"It's Malick's particular genius to make viewers feel like they're seeing the world, with all its beauty and danger, for the first time. [28 Nov. 2007]"

"Days of Heaven is a big advance, hauntingly beautiful in image, sound and rhythm, unashamedly poetic, brimming with sweetness and bitterness, darkness and light. [18 Sept. 1978]"

"Director Malick endows this simple, timeless story with the enormous scope and resonance of myth through a clear vision unclouded by sentimentality and by a deft juxtaposition of image, music, and character."

"Some movies are like Dorothy's twister; they just pick you up and whisk you away from the commonplace world you know to a world wondrous and astonishing. Days of Heaven is such a movie. [27 July 1998]"

"Above all one of the most beautiful films ever made. Malick's purpose is not to tell a story of melodrama, but one of loss. His tone is elegiac. He evokes the loneliness and beauty of the limitless Texas prairie. [7 Dec. 1997]"

"To hell with equivocation or beating around the bush: Terrence Malick's 1978 Days of Heaven is the greatest film ever made. And let the word film be emphasized, since Malick's sophomore masterpiece earns this exalted designation from its position as a work of pure cinema. [22 Oct. 2007]"