Yusuke Kafuku is a stage actor and director happily married to his playwright wife. Then one day she disappears.
(NR, 179 min.) 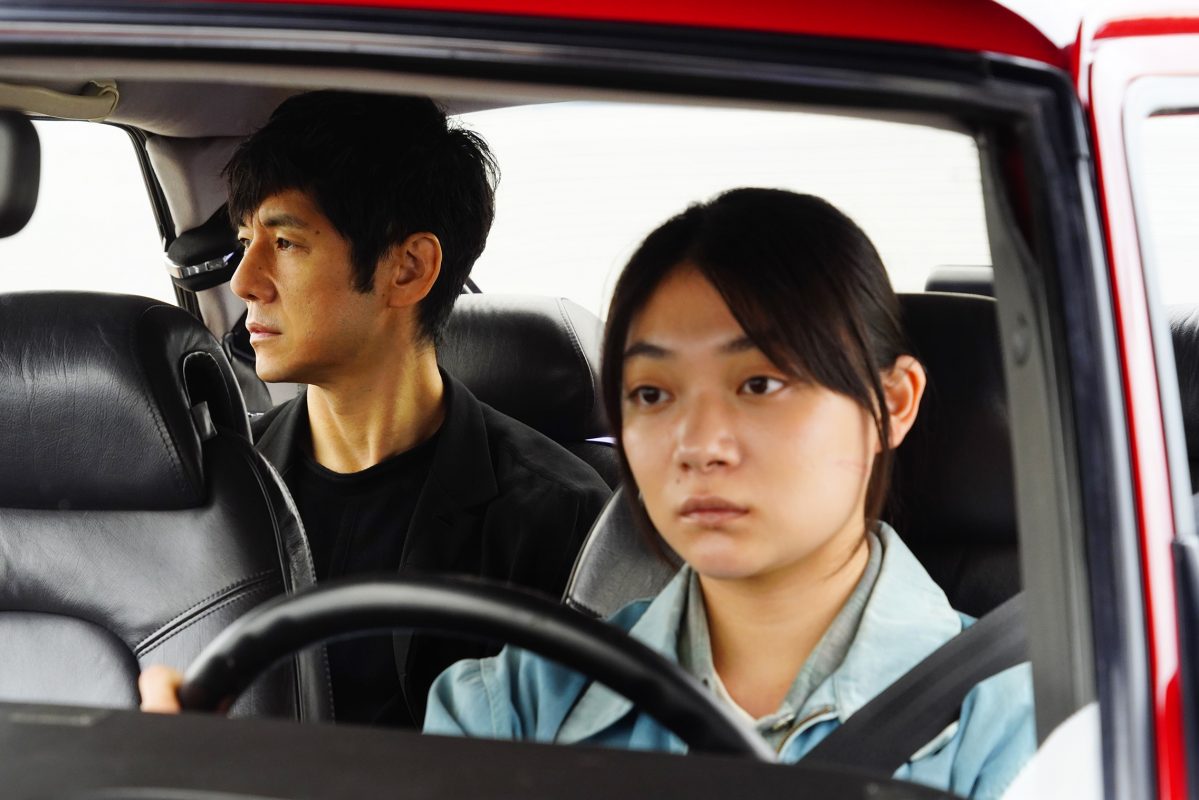 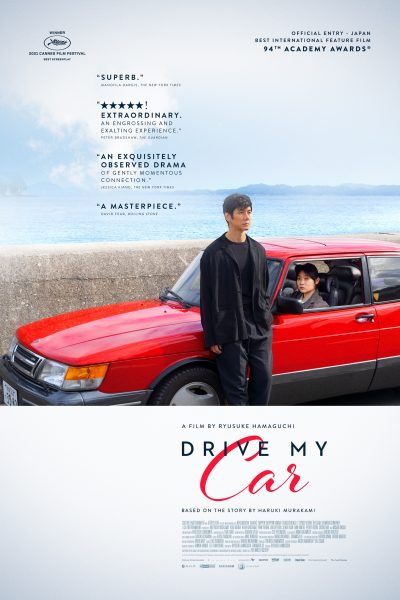 Two years after his wife’s unexpected death, Yusuke Kafuku (Hidetoshi Nishijima), a renowned stage actor and director, receives an offer to direct a production of Uncle Vanya at a theater festival in Hiroshima. There, he meets Misaki Watari (Toko Miura), a taciturn young woman assigned by the festival to chauffeur him in his beloved red Saab 900. As the production’s premiere approaches, tensions mount amongst the cast and crew, not least between Yusuke and Koji Takatsuki, a handsome TV star who shares an unwelcome connection to Yusuke’s late wife. Forced to confront painful truths raised from his past, Yusuke begins - with the help of his driver – to face the haunting mysteries his wife left behind. Adapted from Haruki Murakami’s short story, Ryusuke Hamaguchi’s Drive My Car is a haunting road movie traveling a path of love, loss, acceptance, and peace. Winner of three prizes at the 2021 Cannes Film Festival, including Best Screenplay. [Variance Films]

"The best cinematic ride of the year."

"The most entrancing film of the year."

"It's beautiful in every conceivable way."

"Extraordinary. An engrossing and exalting experience."

"Allow me to make a radical suggestion: The one film that demands to be seen on a big screen this year is a tiny little three-hour Japanese drama about grief, love and Chekhov."

"An ineffably beautiful, far-ranging meditation on language, art, theater, theatricality—the one doesn’t always follow the other—and the challenge of living a life of purpose without regret."

"What it is can be summed up in a word that’s often used loosely but fits the case here—a masterpiece, a mysteriously enthralling creation that keeps you guessing about where it’s going, then reveals its essence with astonishing clarity."

"A quiet masterpiece from the Japanese director Ryusuke Hamaguchi…A story about grief, love and work as well as the soul-sustaining, life-shaping power of art…Many movies offer pat life lessons; this one speaks about what it means to go on living."

"Here’s your chance to catch up with the best movie you never heard of, a flat-out masterpiece from Japan that’s a frontrunner to win the international Oscar and maybe pull a Parasite and compete for Best Picture. Why not? It’s enthralling from first scene to last."

"For a century and more, film directors have explored crosscurrents between art and life, and how one informs the other. Hamaguchi makes that exploration a fully humanized one. His actors, one and all, are so good, you’re simply grateful for their screen company."

"Despite what may initially seem to be a somewhat straightforward contemporary drama, Hamaguchi has crafted a rich, skilfully layered masterwork with flawless performances and a script that is a screenwriter’s holy grail. It sticks in your brain for days and nudges you to take it in again."

"Nearly every scene of this richly novelistic movie — which won the festival’s screenplay prize — teems with ideas about grief and betrayal, the nature of acting, the possibility (and impossibility) of catharsis through art, and the simple bliss of watching lights and landscapes fly past your car window."

"The film’s long running time doesn’t feel indulgent at all, but electrifyingly necessary, the only way to draw out the restrained sorrows of its insular ensemble. Few filmmakers can make simple conversation a blockbuster moment, but in Hamaguchi’s hands, the audience is hanging on every character’s next word."

"It’s a graceful, aching film that sculpts and stretches Murakami’s story into an enchanting three-hour epic (my, do the minutes fly by) about trauma and mourning, shared solitude, and the possibility of moving on. The narrative also doubles as a lovely ode to the car itself, and the strange ways that people open up when cocooned inside them."