Down on her luck and saddled with debt, Emily gets involved in a credit card scam that pulls her into the criminal underworld of Los Angeles, ultimately leading to deadly consequences. (R, 93 min.) 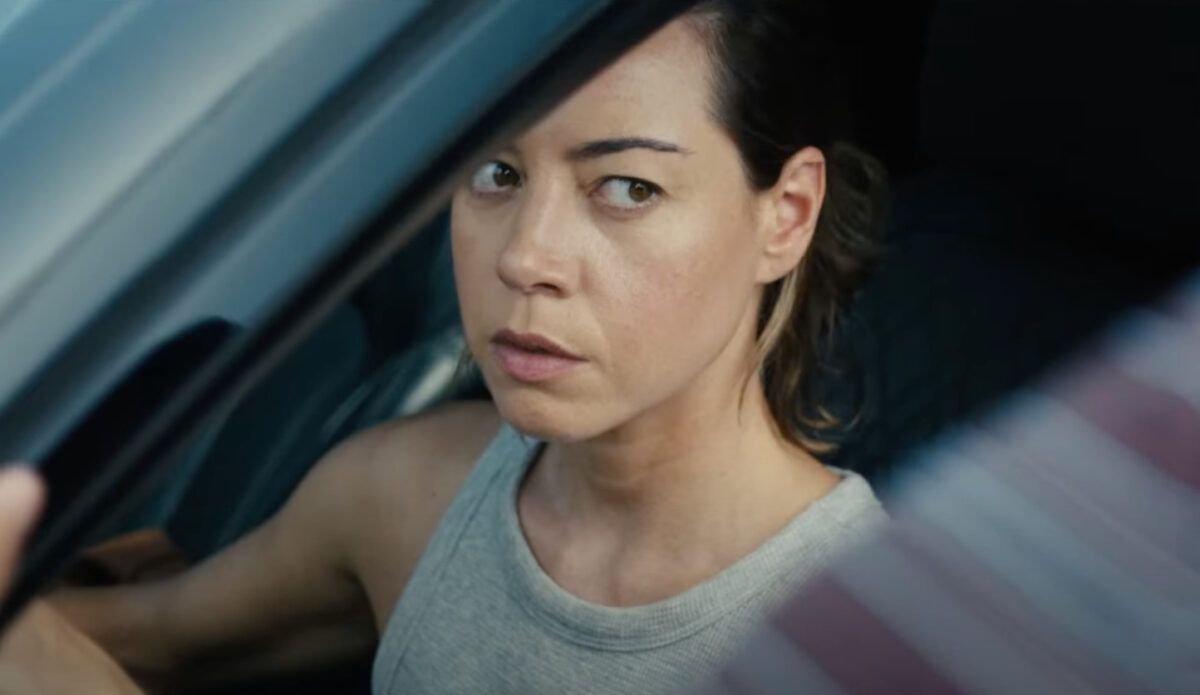 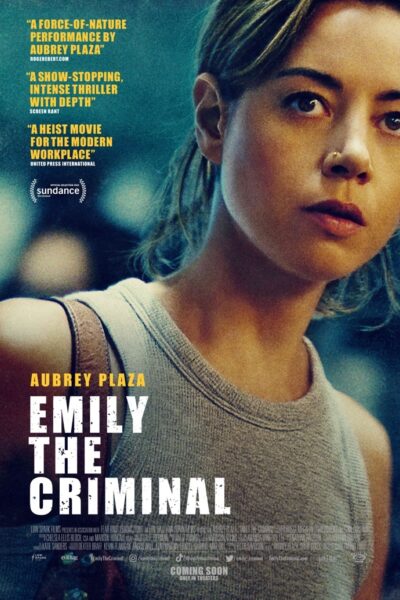 Emily (Aubrey Plaza) is saddled with student debt and locked out of the job market due to a minor criminal record. Desperate for income, she takes a shady gig as a “dummy shopper,” buying goods with stolen credit cards supplied by a handsome and charismatic middleman named Youcef (Theo Rossi). Faced with a series of dead-end job interviews, Emily soon finds herself seduced by the quick cash and illicit thrills of black-market capitalism, and increasingly interested in her mentor Youcef. Together, they hatch a plan to bring their business to the next level in Los Angeles. [Roadside Attractions]

"This is John Patton Ford's directorial debut, and it is an extremely impressive piece of work."

"Emily the Criminal is an excellent example of how to make an effective thriller on a smaller scale."

"Dicey, daring and unpredictable and should cast a broader spotlight on both its star and its filmmaker."

"Plaza, who follows up Black Bear with another darker turn, is great in a role that lets her badass side out for a rampage."

"As a crime thriller, Emily the Criminal is well-written and absorbingly paced, but it’s Plaza’s fearless work that makes it memorable."

"An intense drama rife with social commentary about the fraying edges of today's world and the tiny push it takes to send someone over the line."

"Ford imbues his story with a tense, vibrating energy, moving briskly between the breathlessness of a heist thriller and the sharper barbs of social satire."

"You always know a Plaza performance will be good, but over the past few years, Plaza has seemed to make it a priority to surprise her audiences with just how good she is."

"Here Plaza sacrifices her signature irreverence for a bone-deep frustration that feels all too relatable, even ordinary, resulting in the most true-to-life performance of her career."

"Rossi and Plaza make for a sizzling team; we believe every syllable of their dialogue, every development in their relationship. It’s almost criminal, how good these two are together."

"Emily the Criminal is the face and voice of not just the summer, but an American generation right now, looking for a break and desperate enough to cross the line if they don’t get it."

"A cool, confident debut whose steady build mirrors the increasing stakes faced by its namesake, John Patton Ford’s Emily the Criminal is a nail-biter that makes the most of the tough side Aubrey Plaza has shown in even her most comic performances."

"Ford isn’t interested in a slick, high-speed thriller, and the action in Emily the Criminal feels grounded in reality. Plaza, whose dramatic presence is as compelling as her comedic skill, imbues the character with genuine vulnerability alongside her grit."

"In 95 minutes, Ford unfurls a gritty and suspenseful L.A. noir that also serves to examine the structural issues that uphold wealth inequality in this country. But Emily the Criminal isn’t trying to be preachy or political, it’s just authentic, and urgent, and Plaza’s performance keeps the emotional and physical honesty at the forefront."

"At a time when few movies display either a shred of originality or a fresh slant on an old genre, and so many are little more than cookie-cutter derivations of each other, it’s energizing to see something as keenly observed and uniquely competent as Emily the Criminal. It’s a tense and engaging thriller that looks and feels distinctively different."