A film that not only captures the signature annual music and cultural event that has been called America's greatest festival in all of its beauty and glory, but also delves deep into the rich culture of The Big Easy. (PG-13, 94 min.) 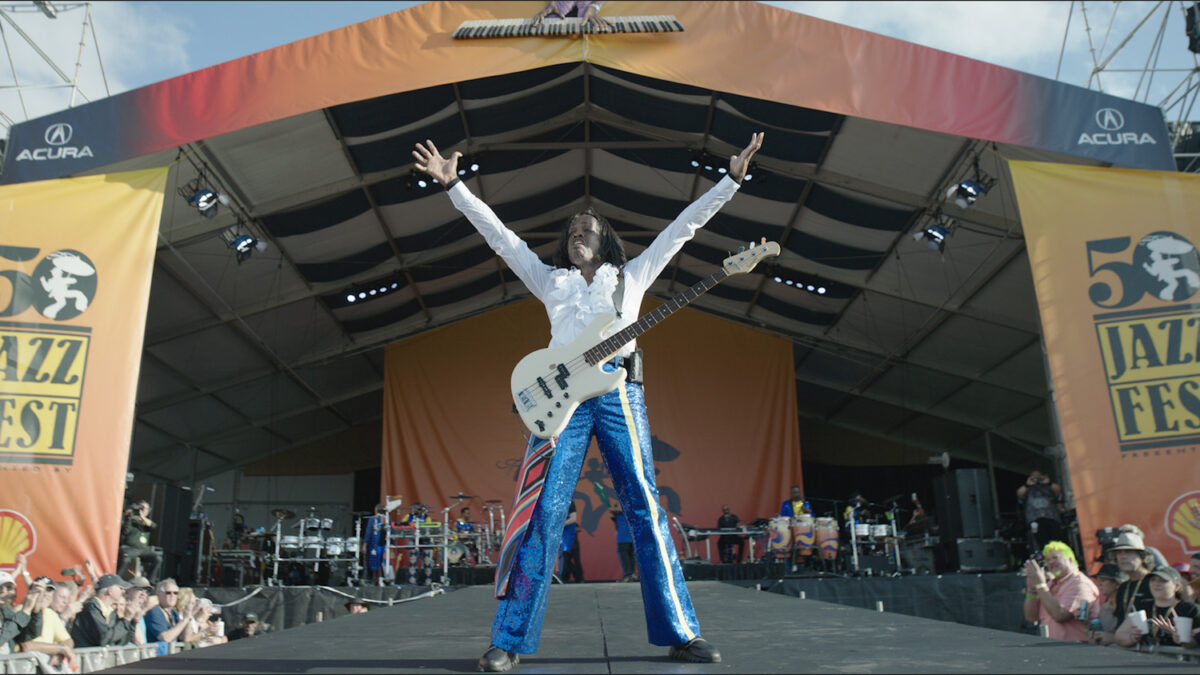 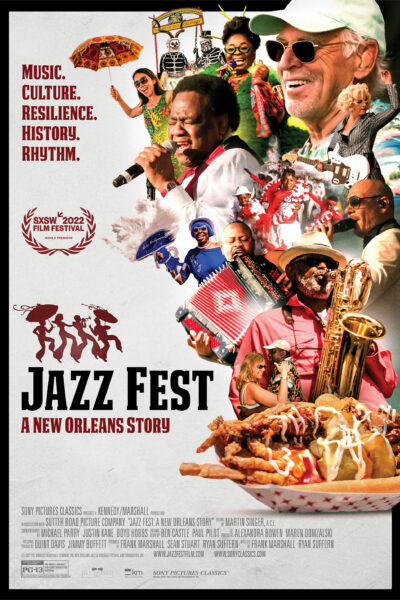 The New Orleans Jazz & Heritage Festival presented by Shell, aka “Jazz Fest,” is the signature annual music and cultural event of the city and has been called America’s greatest festival. Celebrating the music, food, and arts and crafts of all of Louisiana since 1970, Jazz Fest is an essential showcase of the rich heritage of the region, and hundreds of thousands attend the event each year. Local music heroes are joined on 14 stages by some of the most important figures in entertainment, highlighting the connections between Louisiana culture and the world. JAZZ FEST: A NEW ORLEANS STORY weaves together live performances and interviews from the 50th anniversary of the iconic festival, featuring some of the biggest names in the music industry, along with a wealth of archival documentary footage from the past half century. This film not only captures the Festival in all of its beauty and glory, but also delves deep into the rich culture of The Big Easy. [SPS]
Starring: Glen David, AndrewsPhilip, Bailey, Tarriona Ball
Director(s): Frank Marshall, Ryan Suffern
Genre(s): Documentary, Music


A thorough, spoiler-filled content guide can be found here.

"The film captures the essence of an event that 'ties the city together.'"

"For years to come, this reverent doc will lead music lovers back to NOLA."

"The movie is conscientiously attentive to the festival’s homegrown eclecticism."

"A rollicking, heartfelt shout-out to a cherished fairground blowout that has long buoyed a routinely troubled city."

"To paraphrase an admonition from a classic Rolling Stones album: This movie should be played real loud. And in venues where people can, if they choose, get up and dance."

"It’s a history lesson you can dance to, and at times it’s an unexpectedly mournful and moving portrait of a city that has an intimate relationship with death and damage."

"The ebullient history — which also cites on-site food tents as a mind-blowing component of the fest’s appeal — becomes tearful when Hurricane Katrina decimates New Orleans in 2005."

"Music fans of assorted persuasions will be delighted with the samples served up here, although the subject is so vast and varied that something like a six or ten-hour miniseries would be required to begin to do it justice."