Judas and the Black Messiah

The story of Fred Hampton, Chairman of the Illinois Black Panther Party, and his fateful betrayal by FBI informant William O'Neal.
(R, 126 min.) 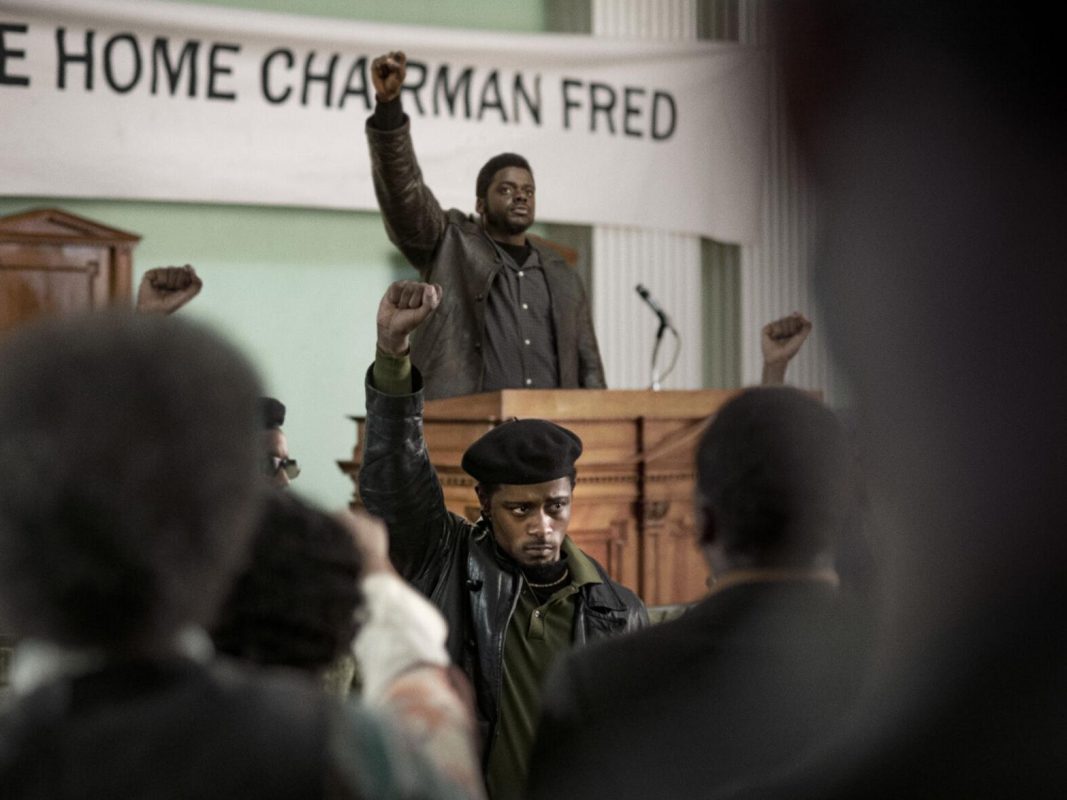 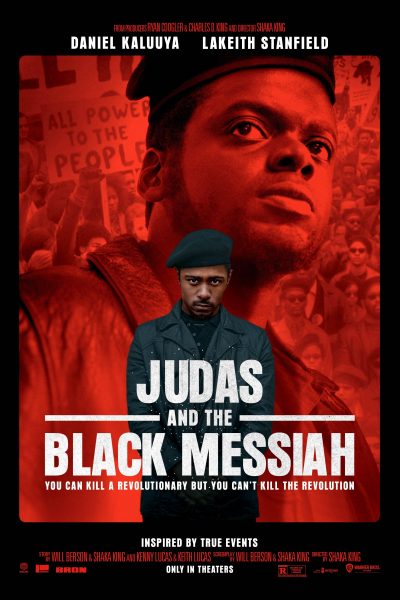 FBI informant William O’Neal (LaKeith Stanfield) infiltrates the Illinois Black Panther Party and is tasked with keeping tabs on their charismatic leader, Chairman Fred Hampton (Daniel Kaluuya). A career thief, O’Neal revels in the danger of manipulating both his comrades and his handler, Special Agent Roy Mitchell (Jesse Plemons). Hampton’s political prowess grows just as he’s falling in love with fellow revolutionary Deborah Johnson (Dominique Fishback). Meanwhile, a battle wages for O’Neal’s soul. Will he align with the forces of good? Or subdue Hampton and The Panthers by any means, as FBI Director J. Edgar Hoover (Martin Sheen) commands? [Metacritic]

"Though it’s early in the year, it doesn’t feel like a stretch to name it one of 2021’s best films."

"Memorialized for his tragic death, [Fred Hampton] is reclaimed here as a figure of boisterous, defiantly big-hearted life."

"More than anything, what Judas and the Black Messiah presents is a full tapestry of a young man who was truly for the people."

"What we're left with is a historically accurate and mostly powerful portrayal of what could've been the greatest Black leader of our time."

"The powerful film puts the current moment into fresh historical context and suggests that ambivalence can be its own form of betrayal."

"Judas and the Black Messiah is a classic paranoid thriller turned inside-out - a nerve-wrenching conspiracy movie that ends up closing in on one of its conspirators."

"Buoyed by a trio of standout performances, this freshly resonant thriller brings urgent life to one of the Black Panther movement's greatest tragedies. Shaka King is a force to be reckoned with."

"Mostly, though, it’s Kaluuya and Stanfield — two actors who seem destined to be hailed for career-best turns with every subsequent project — who make Judas and the Black Messiah such an incendiary watch."

"Led by sensational performances from Daniel Kaluuya as Hampton and LaKeith Stanfield as William O'Neal, the FBI informant who infiltrated his inner circle, this is a scalding account of oppression and revolution, coercion and betrayal, rendered more shocking by the undiminished currency of its themes."

"The story is infuriating — not in the way King presents it, not at all, but in its details. The manipulation of justice is heartbreaking. Though sadness isn't what you'll most likely feel while watching. Anger is. The betrayal in Judas and the Black Messiah extends far beyond the title character, making it an even greater tragedy."

"Black Messiah's center of gravity has to be a Hampton you can't look away from, and Kaluuya — alternately raw, tender, and incendiary — duly electrifies every scene he's in. Righteous as the road may be, his Fred hasn't been flattened to fit the broad Wikipedia-worn contours of a martyr or a hero; he lives and breathes, down to the last indelible frame."