After moving to a new town, two brothers discover that the area is a haven for vampires.
(R, 97 min.)
*Mother's films will begin at dusk, showtimes are tentative. 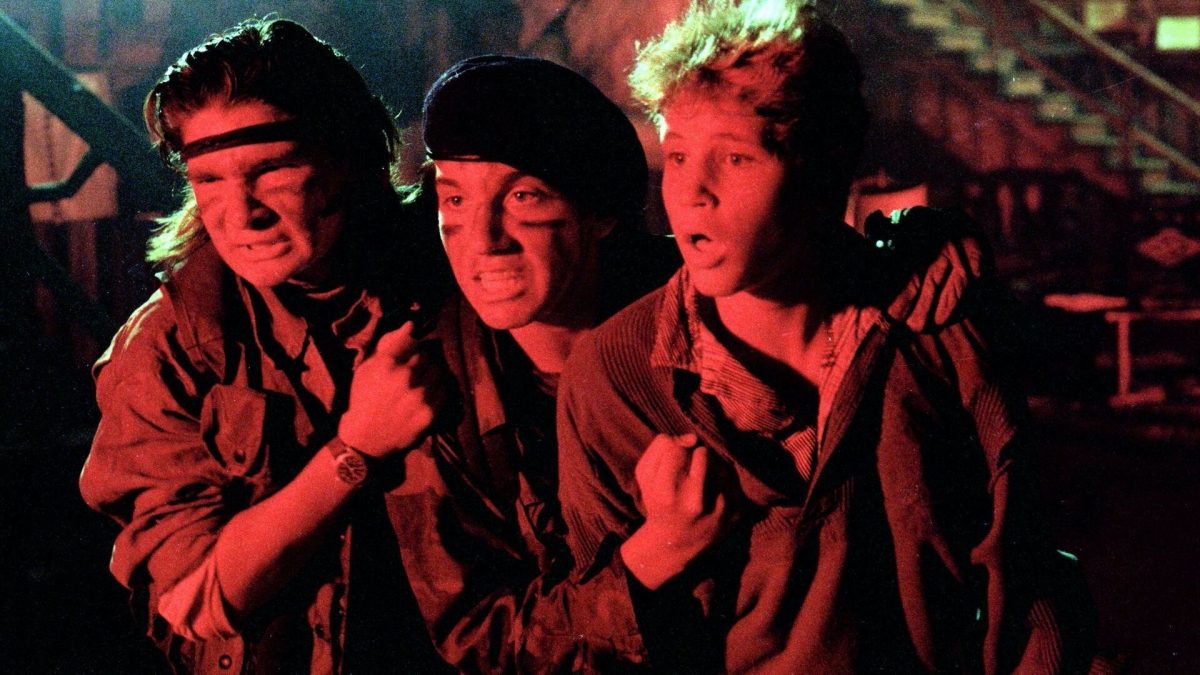 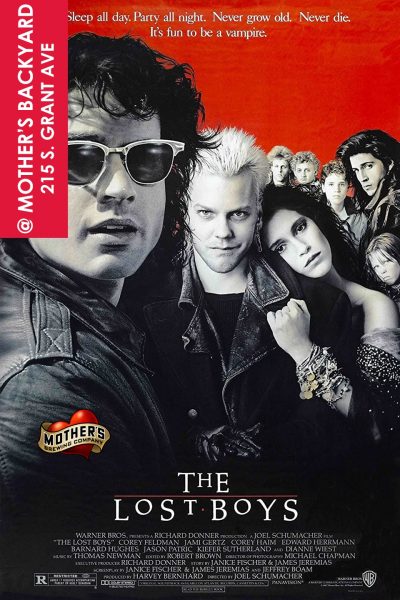 We’re teaming up with Mother’s Brewing to screen “Lost Boys (1987)” in Mother’s Backyard! (215 South Grant Ave.) So bring your blankets and/or lawn chairs to ensure you are comfy during the movie. You can’t bring booze, but don’t worry, Mother’s has you covered on that. Tickets are on sale at the door.
This is a 21+ event.
Mother's films will begin at dusk, showtimes are tentative.

Summary: Strange events threaten an entire family when two brothers move with their divorced mother to a California town where the local teenage gang turns out to be a pack of vampires. [Warner Bros.]

"An exhilarating hybrid of horror and suburban comedy."

"The Lost Boys remains a supremely watchable example of something the '80s did right."

"The Lost Boys is a horror movie that's funny without making fun of itself and scary without trying to make you sick."

"It laughs at the form it embraces, adds a rock-and-roll soundtrack and, if you share its serious-satiric attitude, manages to be very funny."

"Corey Haim plus Corey Feldman plus Joel Schumacher doesn't seem like a foolproof formula for a good movie, but when the three oft-maligned figures united for 1987's horror-comedy The Lost Boys, the result was briskly entertaining."