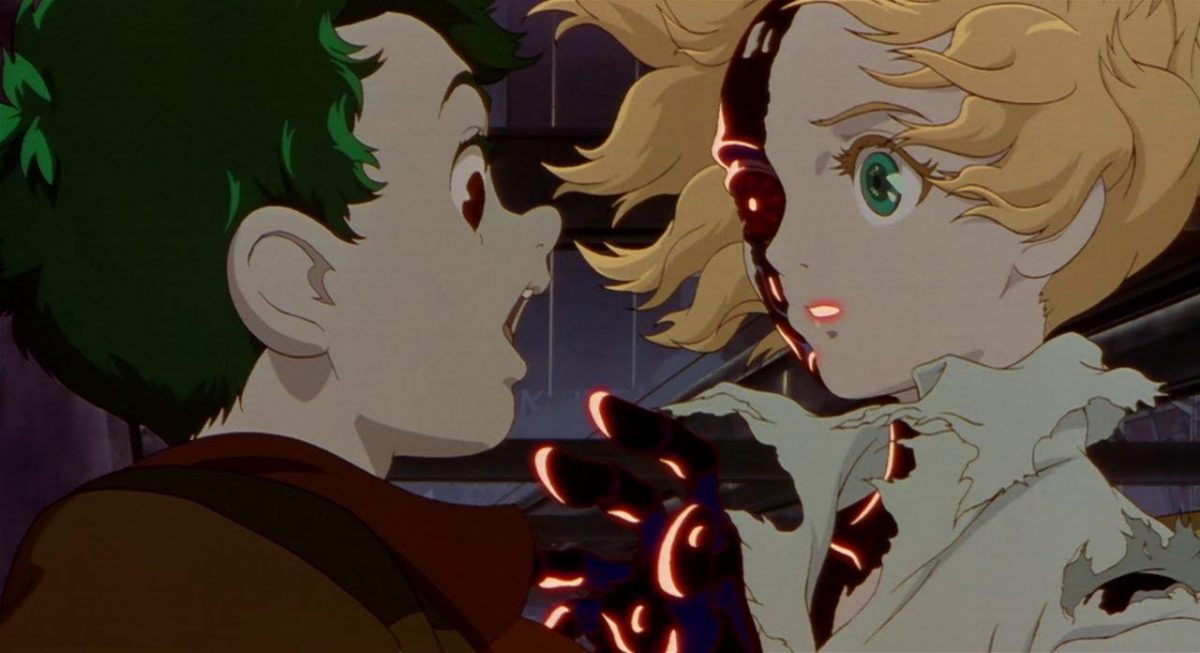 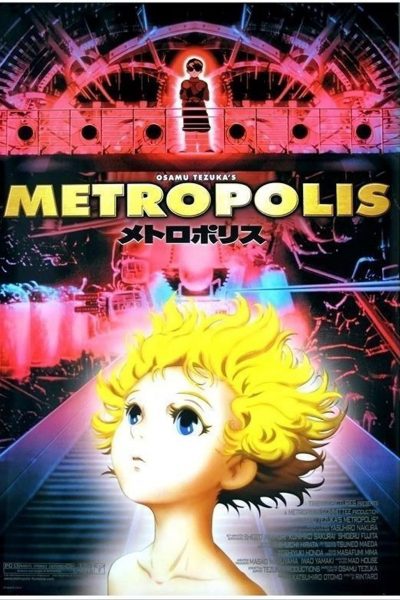 Brace yourself for a totally new experience in cutting-edge animation. Based on the classic comic created by Osamu Tezuka (Astro Boy), written by Japanese anime legend Katsuhiro Otomo (Akira) and directed by Rintaro (Galaxy Express 999), Metropolis is a spectacular film featuring stunning imagery and unforgettable characters. In the industrial, tri-level world of Metropolis, Duke Red is a powerful leader with plans to unveil a highly advanced robot named Tima. But Duke Red's violent son Rock distrusts robots, and intends to find and destroy Tima. Lost in the confusing labyrinth beneath Metropolis, Tima is beginning a friendship with the young nephew of a Japanese detective. But when Duke Red separates the two innocents, Tima's life - and the fate of the universe - is dangerously at stake. [Sony Pictures Entertainment]


A thorough, spoiler-filled content guide can be found here.

"One of the most beautiful animated films ever produced."

"One of the best animated films I have ever seen."

"You'll be hard pressed to name a recent film with this much action, pathos, and smarts."

"One of the most spectacular and masterly demonstrations of animation in screen history."

"The imagery with which director Rintaro brings this world to animated life is unique and captivating."

"This muscular anime melodrama is so visually splendid that on that level alone it qualifies as a breakthrough."

"Science-fiction fans and adventurous filmgoers will find this ingenious explosion of retro-cyberpunk a compelling dystopian vision with a gleam of hope."

"A striking Japanese manga animation, derived from the original comic book variant on Fritz Lang. This is a remarkable feat of animation from Katsuhiro Otomo and Rin Taro."

"Here is a film of staggering technical and visual virtuosity, filled with utterly amazing images, that's also entertaining and engaging for children and adults on several levels."

"Apart from its own considerable achievement, Metropolis confirms Tezuka's status as both the primary visual influence on the animé tradition and its defining philosophical conscience."