The residents of a lonely gulch in inland California bear witness to an uncanny and chilling discovery.
(R, 135 min.) 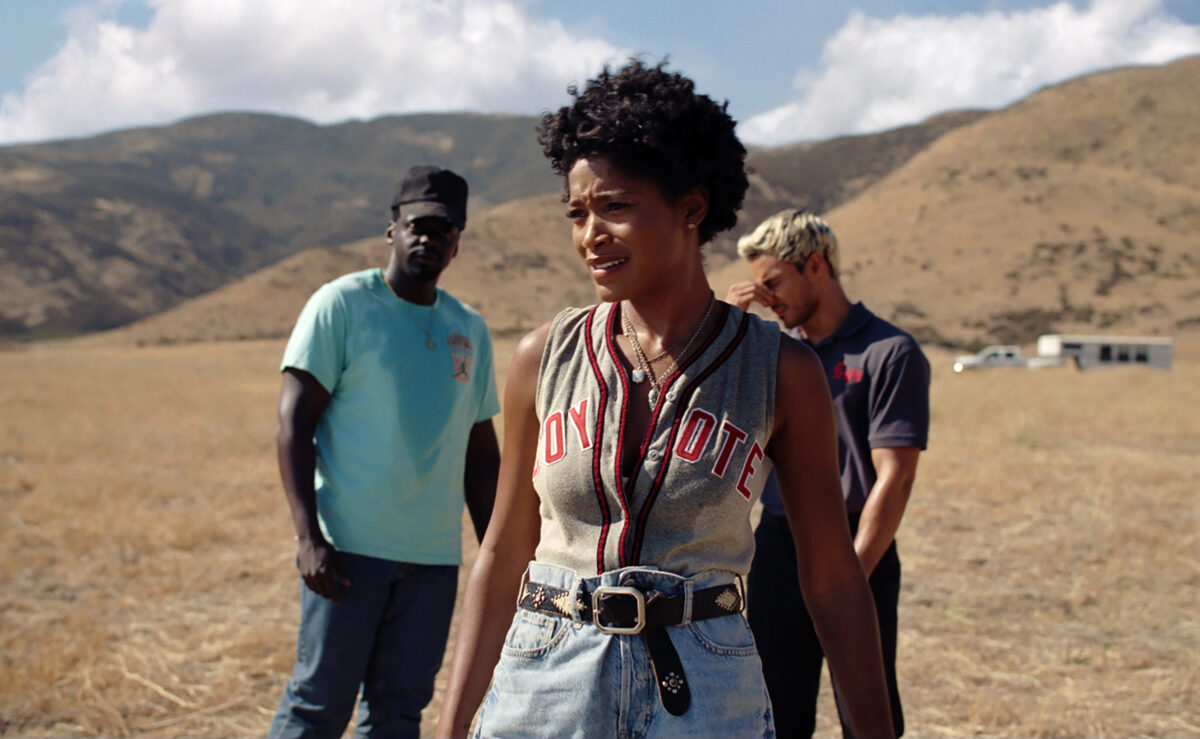 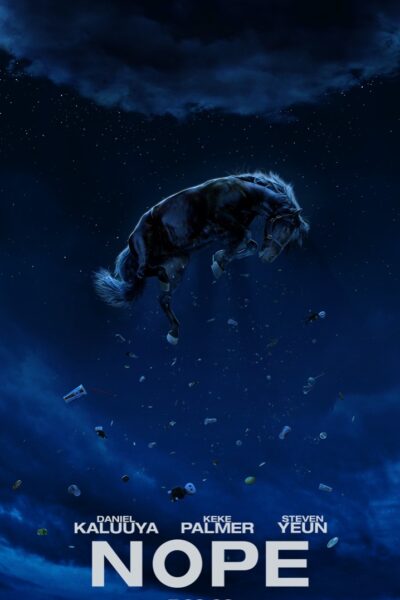 Oscar® winner Jordan Peele disrupted and redefined modern horror with Get Out and then Us. Now, he reimagines the summer movie with a new pop nightmare: the expansive horror epic, Nope.

The film reunites Peele with Oscar® winner Daniel Kaluuya (Get Out, Judas and the Black Messiah), who is joined by Keke Palmer (Hustlers, Alice) and Oscar® nominee Steven Yeun (Minari, Okja) as residents in a lonely gulch of inland California who bear witness to an uncanny and chilling discovery.

"Jordan Peele’s Nope is a bleak, hilarious sci-fi-horror romp, and one of the most entertaining summer movies in years."

"Peele is well on his way to being among those who have refocused the art form, and Nope will ensure that we keep watching."

"The most exciting piece of film-making you’ve seen all year: stealthy, ambiguous and constantly teetering on the edge of the iconic."

"A trippy, terrifying sci-fi Western that rocks a fascinating collision of big screen and real-world spectacle, and an electric performance from Keke Palmer."

"Anchored by two superb lead performances from a strong and silent Kaluuya and vivaciously hilarious Palmer, Peele flexes his aptitude for creating tension to both horrific and comedic effect."

"Nope' finds the Oscar-winning writer-director boldly expanding his canvas, aspiring to Spielberg-ian levels of popcorn spectacle without sacrificing the emotional and thematic heft of his previous work."

"With Nope [Peele's] proven he knows how to make an unbelievably entertaining summer alien movie that can draw the masses … while at the same time warn people about the nature and danger of spectacle."

"Nope grapples with enough issues of representation, voyeurism, exploitation, and spectacle to fill up 10 philosophy classes. Which is not to say it’s not just a straight-up thrilling and hilariously unhinged horror/sci-fi."

"Brimming with tension but laced with gaiety so as to never feel hostile, Nope is an operatic and sweeping thriller that celebrates cinema and simultaneously condemns it as an industry built on obscured violence."

"An ambitious, provocative swing, Nope feels like that increasingly rare beast: an original blockbuster. Unspooling a horrific parody of Hollywood’s hubris, it’s a crowd-pleaser that wonders about the cost of pleasing a crowd."

"For Hollywood’s armies of unsung craftsfolk, Nope turns the blockbuster rules on their head: an expansive science-fiction thriller whose heroes rise up and claim their heroism from behind the scenes. For the rest of us, it’s an outrageously good time."

"Another game-changer from Jordan Peele, who pushes the limits of fun, fright and movie love to take horror to the next level. What do UFOs have to do with the violence eating at America? Say yes to Nope—it’ll mess with your head and pin you to your seat."

"Nope is one of the great movies about moviemaking, about the moral and spiritual implications of cinematic representation itself—especially the representation of people at the center of American society who are treated as its outsiders. It is an exploitation film—which is to say, a film about exploitation and the cinematic history of exploitation as the medium’s very essence."