filmed version of the popular stage musical, in which a feisty drag queen attempts to rescue a shoe factory by designing fabulous and fetishistic footwear.
(NR, Approx PG)
Runtime: 133 min., including one 10 minute intermission 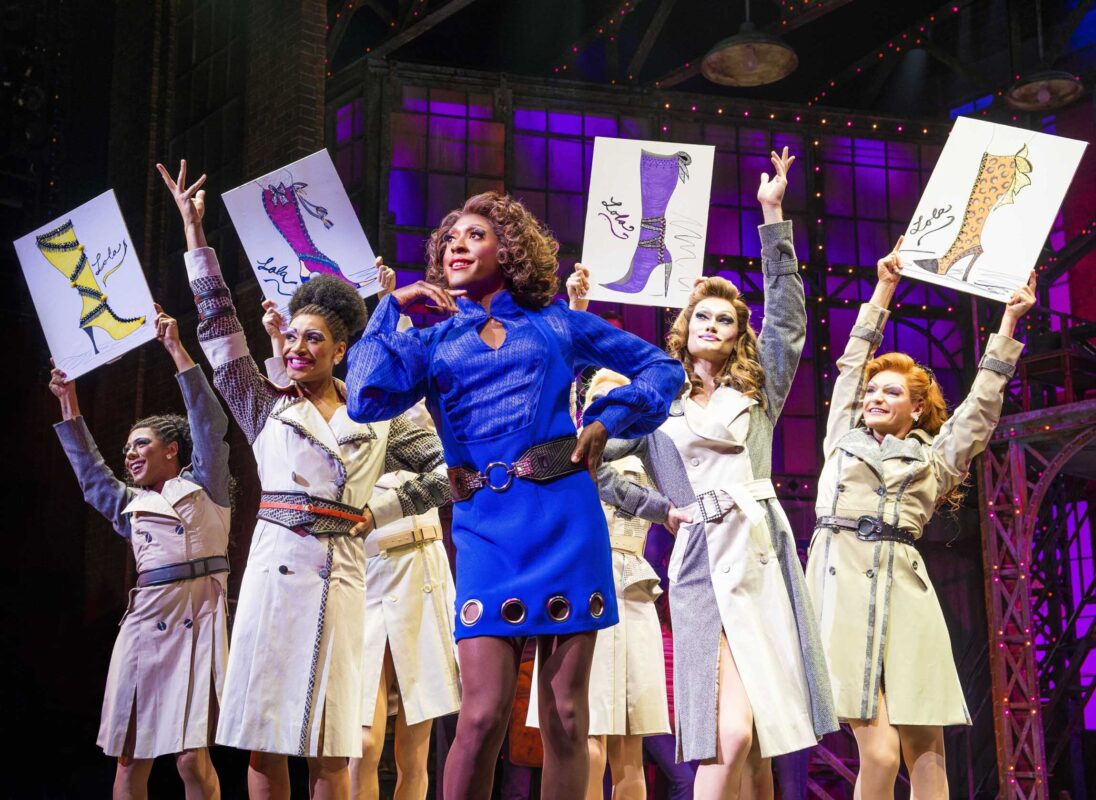 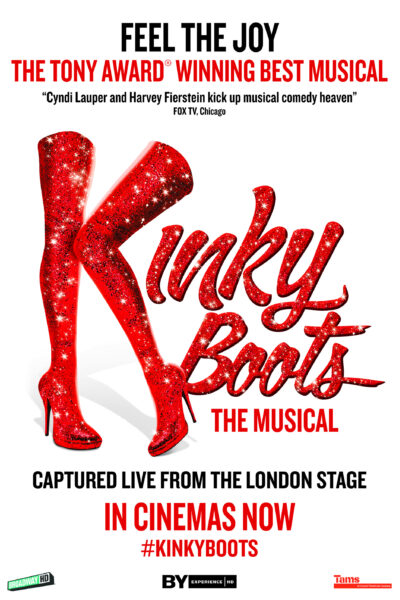 The Moxie: On Stage is a new series showcasing world class performances from stages across the globe.

With songs by Grammy® and Tony® winning pop icon Cyndi Lauper, direction and choreography by Jerry Mitchell (Legally Blonde, Hairspray) and book by Broadway legend Harvey Fierstein (La Cage Aux Folles), this ‘dazzling, fabulously sassy and uplifting’ (Time Out) award-winning musical celebrates a joyous story of Brit grit to high-heeled hit, as it takes you from the factory floor of Northampton to the glamorous catwalks of Milan! Don’t miss the ‘freshest, most fabulous, feel-good musical of the decade’ (The Hollywood News) as it arrives on cinema screens. It’s the ultimate fun night out, so book now and experience the energy, joy and laughter of this dazzling show. [NTL]

"Matt Henry steals the show as Simon/Lola. He is utterly commanding in the role, and you instantly root for him... A brilliant performer... He may not have won The Voice, but we may have found the show's biggest star to date."

"These boots are made for dancing. If you dare... Sequins, feathers, glitter, two and a half hours of hurtling from one noisy shining set-piece to another, this is more of a gig than a drama. If you’re fine with that, here’s your big night out."

"Kinky Boots shatters stereotypes whilst providing an evening of glorious entertainment... It's the best new musical to open in the West End for years and has all the necessary ingredients to be a monster hit - the sex is well and truly in the heel!"

"The show itself is the real star. Director and choreographer Jerry Mitchell doesn’t let them put a stilettoed foot wrong... It’s a hit, of that there can be no doubt. This is old-fashioned wholesome entertainment — with five-inch sequinned red heels on."

"Fabulously sassy, uplifting and ever so kinky, the Tony Award-winning musical that’s been dazzling audiences has high-kicked its way from Broadway to the West End... The message of accepting ourselves and each other’s quirks relates to men, women and ‘those who have yet to make up their minds’."

"From Cyndi Lauper’s score to impressive leads, this winsome men-in-frocks show puts its best foot forward... It won me over through the quality of the lead performances, the verve of its staging and its conviction, in its fetishistic worship of thigh-high boots, that there’s no business like shoe business."

"This big-hearted musical arrives in the West End with six Tony awards... A glorious high-kicking romp... The set pieces are pulsatingly choreographed and there is no shortage of catchy tunes. With its infectious energy and richly enjoyable performances, Kinky Boots feels like a show that has got legs."

"Broadway sends a British film back home as a hit musical that's as fun as it is frequently fabulous... Brought home now to England, it feels like a very authentic successor to Made in Dagenham... I suspect Kinky Boots may have legs and not just the muscular ones that are encased in thigh-high, stiletto-heeled footwear."

"Savour that sole. Broadway import Kinky Boots is a cheerily over-the-top musical about, er, the footwear industry in Northampton. Throw in a chorus line of statuesque drag queens, some of whom do stage acrobatics in three-inch high heels. I swear the Adelphi’s foundations shuddered... Best of all, though, are the boots."