A Phoenix secretary embezzles forty thousand dollars from her employer's client, goes on the run, and checks into a remote motel run by a young man under the domination of his mother.
(R, 109 min.) 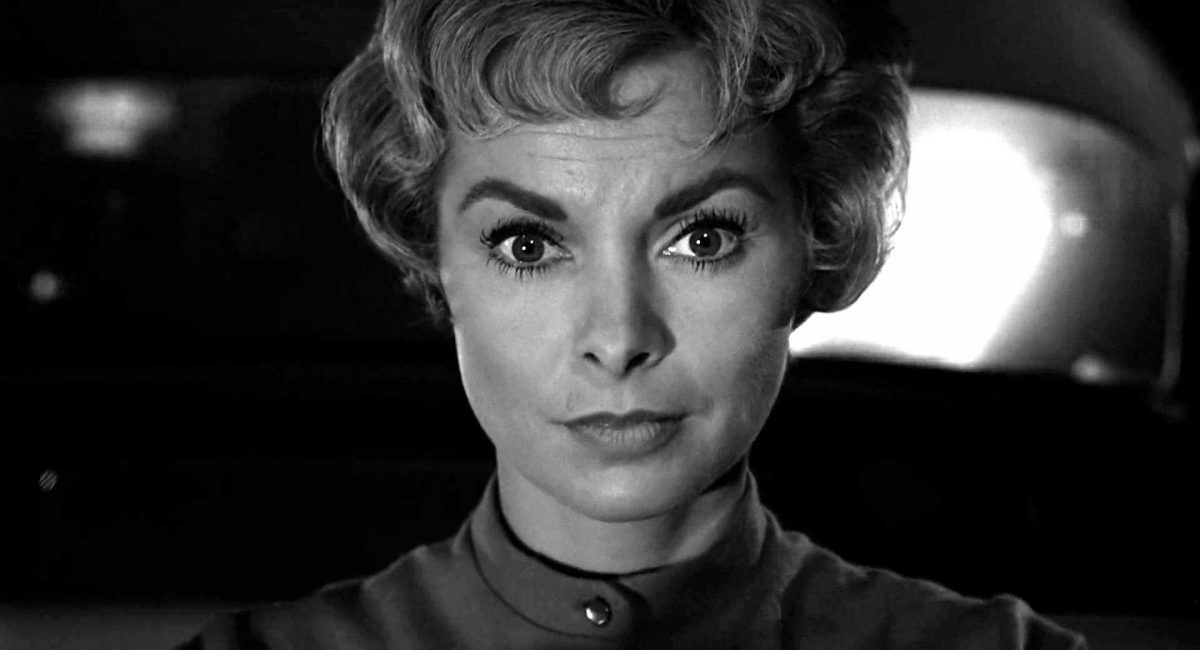 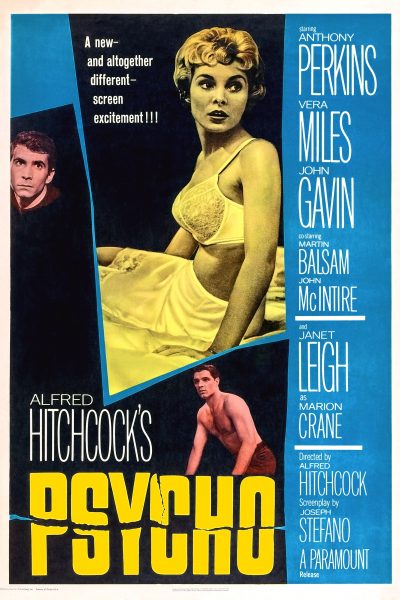 In 1960, Alfred Hitchcock was already famous as the screen's master of suspense (and perhaps the best-known film director in the world) when he released Psycho and forever changed the shape and tone of the screen thriller. From its first scene, in which an unmarried couple balances pleasure and guilt in a lunchtime liaison in a cheap hotel (hardly a common moment in a major studio film in 1960), Psycho announced that it was taking the audience to places it had never been before, and on that score what followed would hardly disappoint. Marion Crane (Janet Leigh) is unhappy in her job at a Phoenix, Arizona real estate office and frustrated in her romance with hardware store manager Sam Loomis (John Gavin). One afternoon, Marion is given $40,000 in cash to be deposited in the bank. Minutes later, impulse has taken over and Marion takes off with the cash, hoping to leave Phoenix for good and start a new life with her purloined nest egg. 36 hours later, paranoia and exhaustion have started to set in, and Marion decides to stop for the night at the Bates Motel, where nervous but personable innkeeper Norman Bates (Anthony Perkins) cheerfully mentions that she's the first guest in weeks, before he regales her with curious stories about his mother. There's hardly a film fan alive who doesn't know what happens next, but while the shower scene is justifiably the film's most famous sequence, there are dozens of memorable bits throughout this film.
[Rovi]

"Always worth another look, especially on the big screen."

"The suspense of his picture builds up slowly but surely to an almost unbearable pitch of excitement."

"Psycho, in its dark and sordid extravagance, remains utterly contemporary, in its subject as well as in its production."

"It blazed a bloody trail for the much-loved slasher cycle, but it also assured us that a B-movie could be A-grade in quality and innovation."

"What makes Psycho immortal, when so many films are already half-forgotten as we leave the theater, is that it connects directly with our fears."

"Look into Janet Leigh's eye after the shower scene and be amazed how fresh this black-and-white ghoulish chic seems in the saccharine surroundings of modern cinema."

"Alfred Hitchcock's 1960 masterpiece blends a brutal manipulation of audience identification and an incredibly dense, allusive visual style to create the most morally unsettling film ever made."

"[Hitchcock] has very shrewdly interwoven crime, sex and suspense, blended the real and the unreal in fascinating proportions and punctuated his film with several quick, grisly and unnerving surprises."

"Hitchcock's mischievous genius for audience manipulation is everywhere: in the noirish angularity of the cinematography, in his use of Bernard Herrmann's stabbing string score, in the ornithological imagery that creates a bizarre sense of preying and being preyed upon."