A frustrated detective deals with the case of several gruesome murders committed by people who have no recollection of what they've done.
(NR, 111 min.) 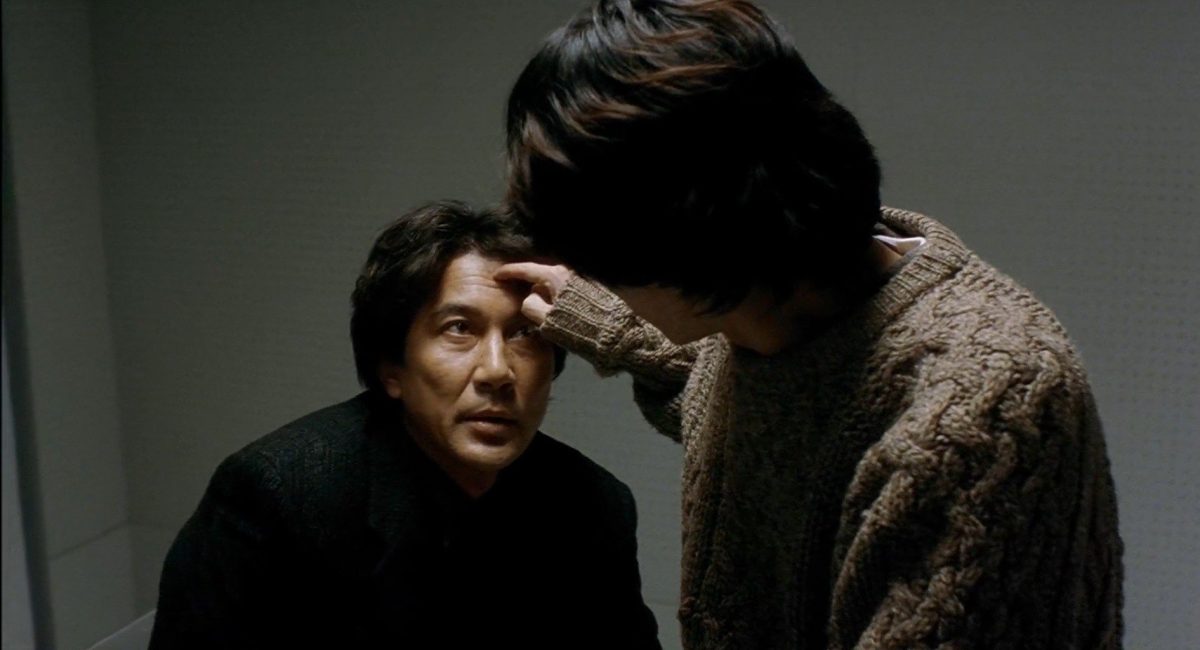 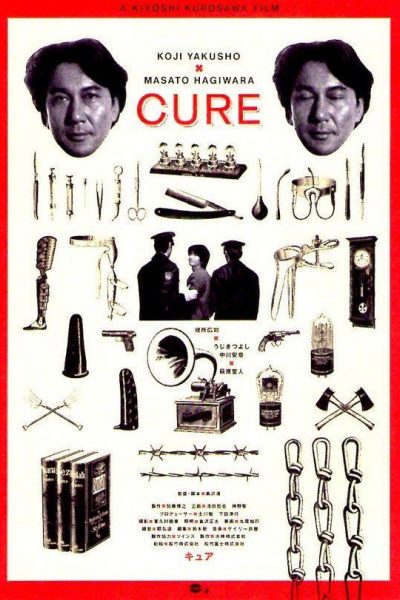 Summary: Kiyoshi Kurosawa’s spellbinding international breakthrough established him as one of the leaders of the emerging new wave of Japanese horror while pushing the genre into uncharted realms of philosophical and existential exploration. A string of shocking, seemingly unmotivated murders—each committed by a different person yet bearing the same grisly hallmarks—leads Detective Kenichi Takabe (Koji Yakusho) into a labyrinthine investigation to discover what connects them, and into a disturbing game of cat and mouse with an enigmatic amnesiac (Masato Hagiwara) who may be evil incarnate. Awash in a mood of hushed, hypnotic dread, Cure is a tour de force of psychological tension and a hallucinatory journey into the darkest recesses of the human mind. [Janus]

"A coolly balanced and utterly compelling examination of alienation and love."

"Cure has a cumulative power of horror which even seasoned filmgoers will not be able to resist."

"Kurosawa takes a reasonably engaging thriller plot and turns it into a mesmerizing masterwork."

"Tone and atmosphere mirror subject to perfection in Kiyoshi Kurosawa's hypnotic trip into the lower depths of the human mind."

"An increasingly hallucinatory piece where murderousness is a disease spreading rapidly through the susceptible Japanese psyche."

"With its gift for infusing uneasiness into every frame, Kurosawa's moody, unnerving film continues to spook us even after the lights have gone on."

"Takes the typical detective-hunting-a-serial-killer story and twists it into a creepy, enigmatic bit of psychological terror that by its final scene leaves you truly chilled."