When a network of Brazilian farmers seizes a protected area of the Amazon rainforest, a young Indigenous leader and his mentor must fight back in defense of the land and an uncontacted group living deep within the forest. (PG, 83 min.) 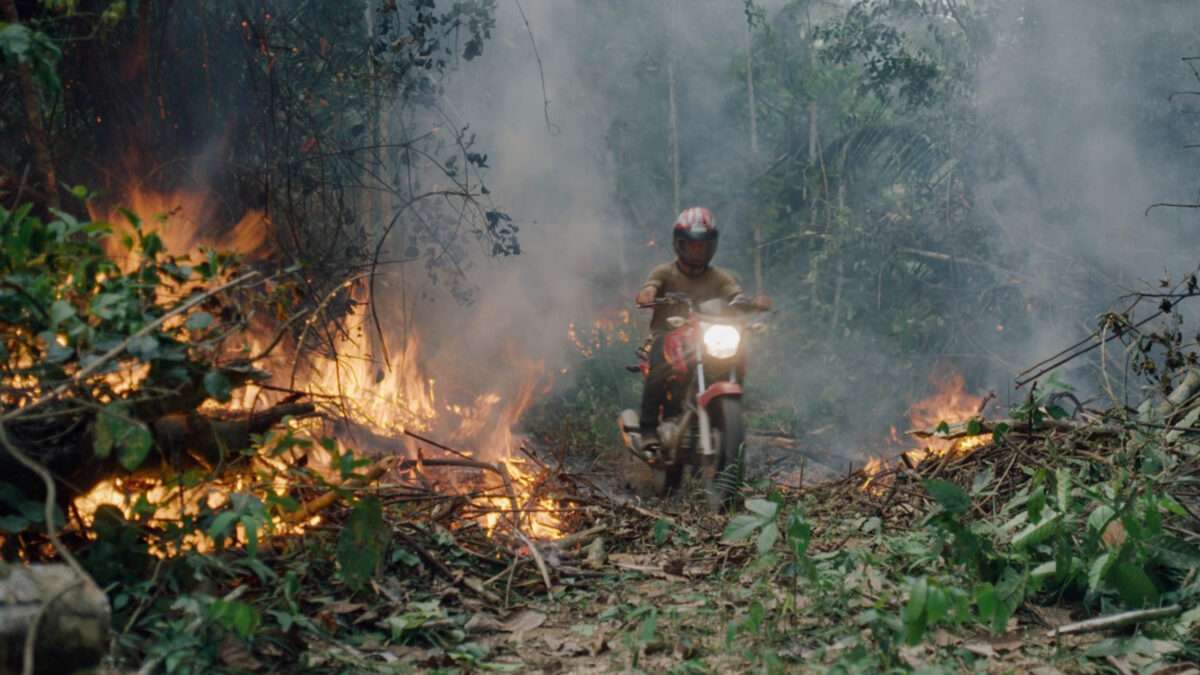 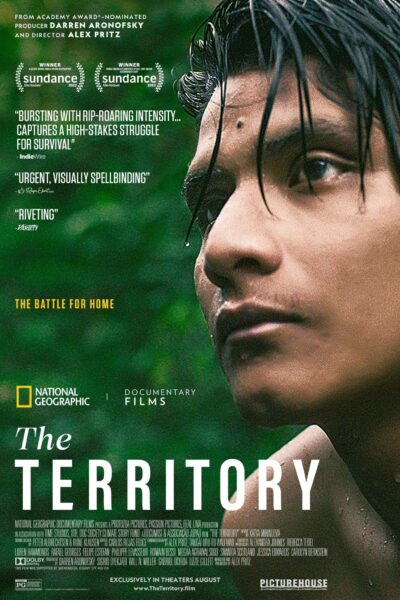 THE TERRITORY provides an immersive on-the-ground look at the tireless fight of the Indigenous Uru-eu-wau-wau people against the encroaching deforestation brought by farmers and illegal settlers in the Brazilian Amazon. With awe-inspiring cinematography showcasing the titular landscape and richly textured sound design, the film takes audiences deep into the Uru-eu-wau-wau community and provides unprecedented access to the farmers and settlers illegally burning and clearing the protected Indigenous land. Partially shot by the Uru-eu-wau-wau people, the film relies on vérité footage captured over three years as the community risks their lives to set up their own news media team in the hopes of exposing the truth. [National Geographic Documentary Films]

"Its strength lies in the way it offers intimate access to people on several clashing sides of the situation, making for a complex, layered and thoughtful examination."

"Pritz has managed to make this often abstract and far-away subject feel anything but removed. It’s urgent, desperate and terrifying and the words of the Uru-Eu-Wau-Wau ask us not to look away."

"This short, sharply crafted Sundance premiere makes an impact with both its bleak, blunt messaging and its muscular formal construction, as the turf war in question takes on the heated urgency of a thriller."

"Though it centres human rights and environmental themes, The Territory is more than just an issues doc. It is moving precisely because it goes right to the heart of what filmmaking can be – a tool to capture, control and explicate a unique world view."

"A gripping snapshot of crimes in progress and an engrossing piece of cinematic activism, The Territory is a testament to the importance of being able to preserve your own history and tell your own story, as well as a call to action for the world to notice what's happening in the Amazon ... before it's too late."

"It is indeed harrowing to watch — to bear witness — and while the film is inevitably heavy with existential dread, Pritz delivers an emotionally engaging story filled with heart, heroes, and a bit of hope to hold onto. There is no more urgent film that demands your attention this year."

"Set at the explosive intersection of technology, politics, and indigenous persecution, the film is gorgeously and sometimes ingeniously conceived, painting an intimate first-hand portrait of joy, pain, and community, before bursting with rip-roaring intensity as it captures a high-stakes struggle for survival unfolding in the moment."

"While there is often a necessity to condense potentially decades of context to fit within a bounded runtime, history is much broader and more expansive than that. What makes The Territory such a stunning and standout work is that it never loses sight of this history that is inexorably intertwined with those living with its repercussions now."