The Tragedy of Macbeth

A Scottish lord becomes convinced by a trio of witches that he will become the next King of Scotland, and his ambitious wife supports him in his plans of seizing power.
(R, 105 min.) 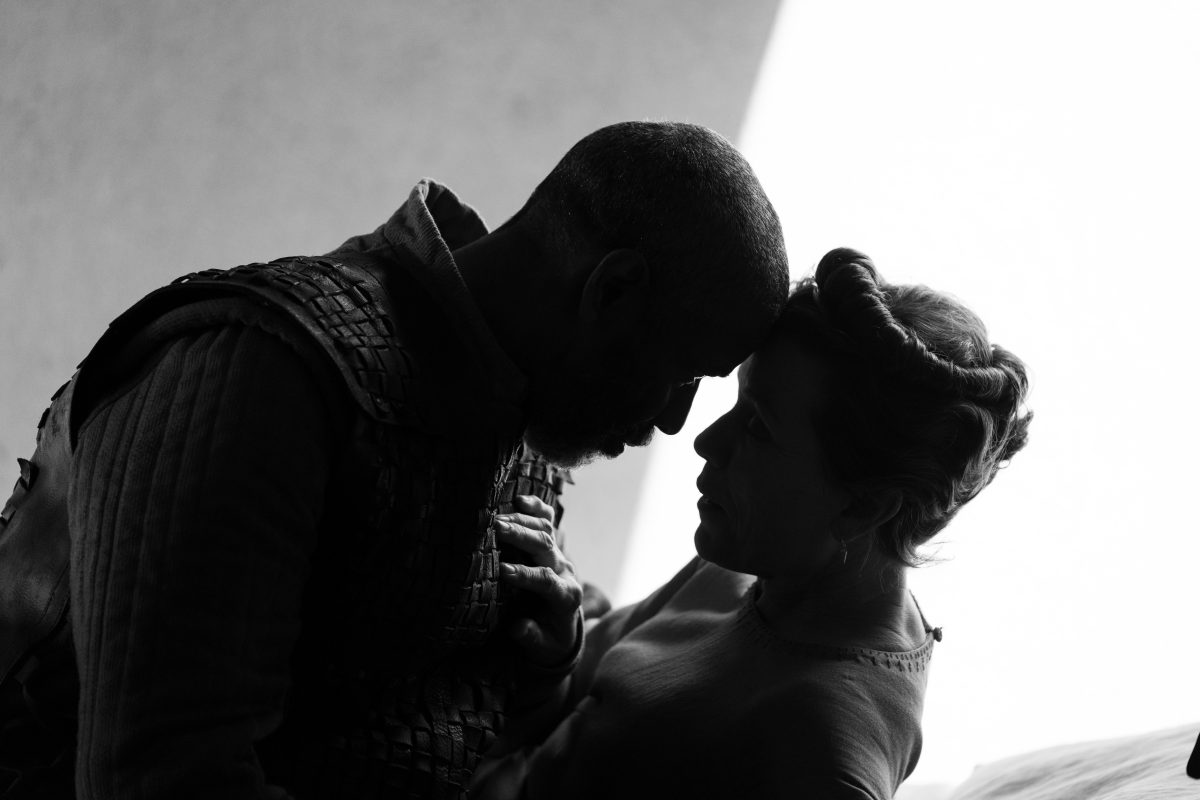 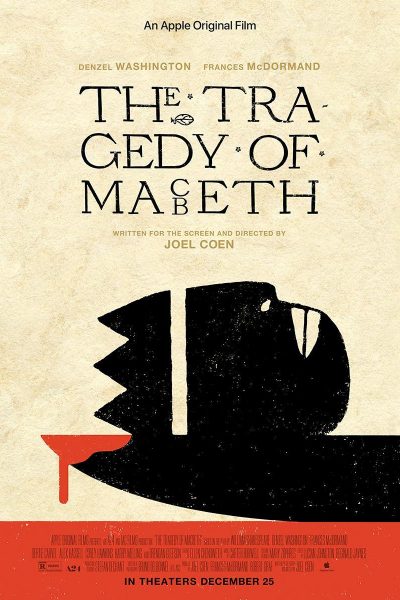 Denzel Washington and Frances McDormand star in Joel Coen’s bold and fierce adaptation; a tale of murder, madness, ambition, and wrathful cunning. [A24]

"This chilling take on Macbeth is a visually stunning tour de force."

"It shows you, through the ironic empathy summoned by Washington’s performance, just how fast the human race can slip off the tracks. And it brings that drama into ravishing deep focus."

"The Tragedy of Macbeth is a raw, lucid retelling, rendered spellbinding by its enveloping stylized design and its masterful black-and-white visuals, evoking the chiaroscuro textures of Carl Theodor Dreyer."

"Coen shows an understanding of Shakespeare's original play as well as a willingness to go beyond it. His 'Tragedy of Macbeth' leans into the staginess of the story, while tapping into the surreal nightmare of the whole thing. It's nothing short of magnificent."

"Joel Coen’s triumphant film version of Shakespeare’s tragedy astounds on every level, starring Denzel Washington and Frances McDormand, two acting titans, playing an aging couple taking their last shot at murderous ambition. There is no way you can take your eyes off them."

"Washington manages the near-impossible feat of delivering his lines as though he’s putting the words together in the moment, speaking some of the most famous sentences in the English language as though they’re actually being dredged up out of Macbeth’s roiling consciousness."

"A gorgeous black-and-white film that harkens back to several cinematic eras, Joel Coen’s The Tragedy of Macbeth twists an old tale just enough to keep it fresh, but relies on tremendous lead performances by Denzel Washington and Frances McDormand to make the familiar feel exciting."

"Of all Shakespeare’s plays, Macbeth may be the best-served by cinema, with terrific, distinctive adaptations over the years from Welles, Akira Kurosawa, Roman Polanski, and most recently Justin Kurzel, with Michael Fassbender and Marion Cotillard. Coen’s is something different again – though new would be entirely the wrong word. It resonates with the ancient power of a ritual."

"The movie hits its stride immediately with a taut, athletic urgency and it contains some superb images – particularly the eerie miracle of Birnam Wood coming to Dunsinane, with Malcolm’s soldiers holding tree-branches over their heads in a restricted forest path and turning themselves into a spectacular river of boughs. This is a black-and-white world of violence and pain that scorches the retina."