An ambitious and nearly insane violent gangster climbs the ladder of success in the mob, but his weaknesses prove to be his downfall.
(NR, 93 min.) 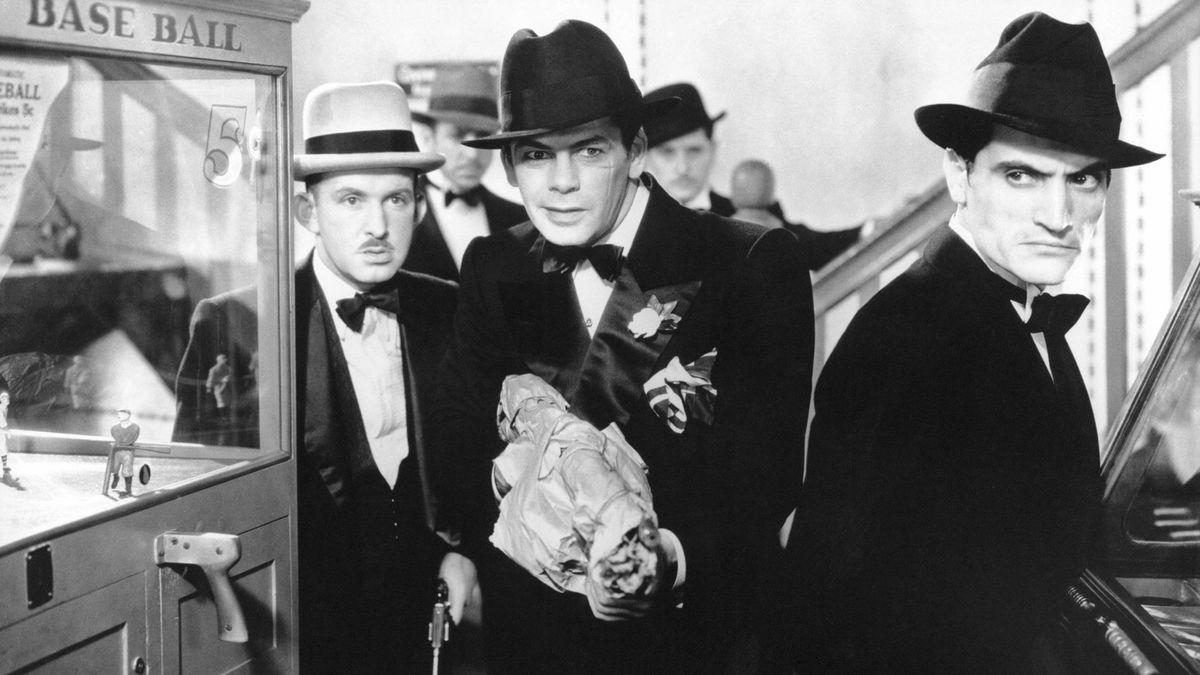 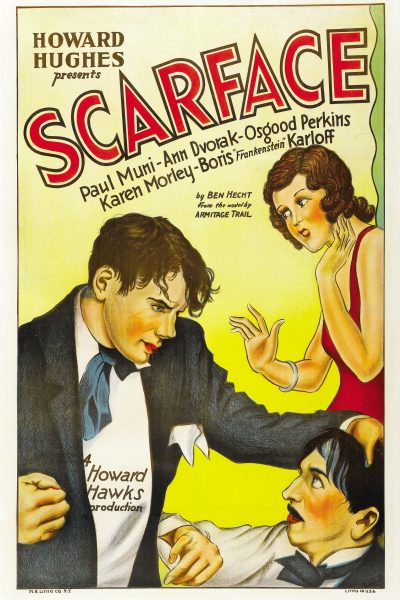 
Key lieutenant of South Side Chicago crime boss Johnny Lovo (Osgood Perkins), Tony Camonte (Paul Muni) is an ambitious and reckless gangster who ignores warnings not to mess with Irish gangs on the North Side. When the North Side retaliates, Tony essentially massacres them, leaving him on top of the world. Worried about Tony's overconfidence, however, Johnny orders him killed, but this also backfires, and Tony finds himself even closer to becoming king of the city. [Rotten Tomatoes]

"What it has, and what the many other gangster films that have followed it have not, is an ice-cold anger of purpose."

"By far the most visually inventive and tonally anarchic movie that Hawks made."

"[Scarface is] a brilliant film thanks mainly to the acting of Paul Muni and Ben Hecht's script."

"Atmospheric, mesmerising and darkly humourous with a sizzling script and cast. This is a true classic of its genre."

"Scarface is a grisly, exciting gangster picture, based in part upon the career of Alphonse ("Scarface," "Snorkey") Capone."

"Scarface is one of best of the early gangster movies; its wit and building velocity speeds it past Little Caesar and keeps pace with Public Enemy."

"Its seminal importance in the early gangster movie cycle outweighed only by its still exhilarating brilliance, this Howard Hughes production was the one unflawed classic the tycoon was involved with."

"Scarface contains more cruelty than any of its gangster picture predecessors, but there's a squarer for every killing. The blows are always softened by judicial preachments and sad endings for the sinners."