In 1980 Miami, a determined Cuban immigrant takes over a drug cartel and succumbs to greed.
(R, 170 min.) 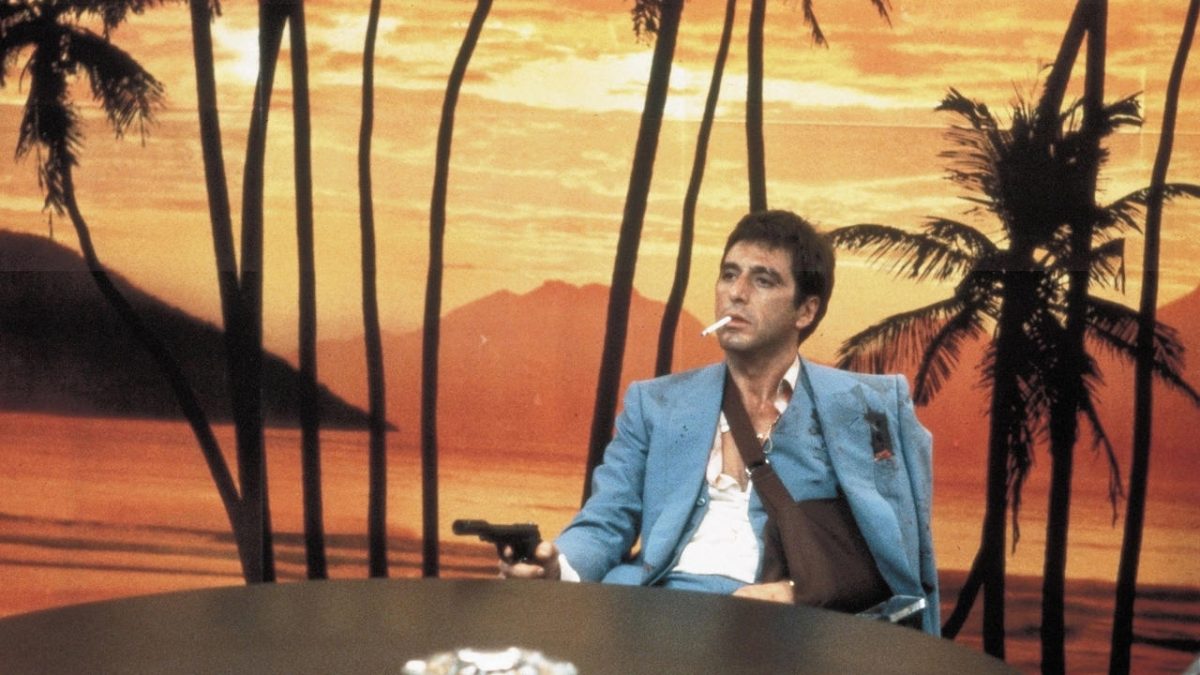 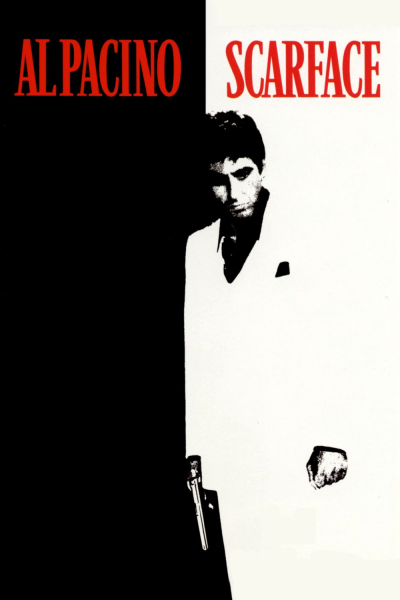 After getting a green card in exchange for assassinating a Cuban government official, Tony Montana (Al Pacino) stakes a claim on the drug trade in Miami. Viciously murdering anyone who stands in his way, Tony eventually becomes the biggest drug lord in the state, controlling nearly all the cocaine that comes through Miami. But increased pressure from the police, wars with Colombian drug cartels and his own drug-fueled paranoia serve to fuel the flames of his eventual downfall. [Rotten Tomatoes]

"A must-see for Pacino's potent and influential performance."

"A beautiful, at times poetic exercise in excess from Brian De Palma."

"An unashamed study of selfish, sadistic criminality, and all the better for it."

"Scarface has become a touchstone of pop culture, one of the half dozen or so most frequently referenced films of our era."

"Scarface is one of those special movies, like "The Godfather," that is willing to take a flawed, evil man and allow him to be human."

"It is a serious, often hilarious peek under the rock where nightmares strut in $800 suits and Armageddon lies around the next twist of treason."

"Scarface is the most stylish and provocative - and maybe the most vicious - serious film about the American underworld since Francis Ford Coppola's 'Godfather.'"

"The dominant mood of the film is anything but funny. It is bleak and futile: What goes up must always come down. When it comes down in Scarface, the crash is as terrifying as it is vivid and arresting."