The Films Of Pedro Almodóvar: A Mini Retrospective

The Films Of Pedro Almodóvar: A Mini Retrospective, part of the Essentials series.
Free for Members

Pedro Almodóvar (b. 1949) made his exuberant entry onto the film scene in 1980, riding a post-Franco countercultural wave in Spain and establishing himself as one of the most distinctive voices in cinema. Almodóvar’s work contributed to the creation of a new Spanish cultural and social order, and through his production company, El Deseo (founded in 1986 with his brother, Agustín), he has made some of the most globally influential films of the past three decades. His genre-defying work mixes camp, melodrama, and humor to explore themes of transgression, desire, and identity. Almodóvar has constructed a colorful universe inhabited by offbeat characters, fluid sexual and gender identities, and complex and singular women. His all-inclusive, anything-goes spirit, which celebrates all beings, emotions, and reasons, appeals to a worldwide audience, allowing him to be at once a countercultural provocateur and an Oscar-winning writer/director. [MoMA] 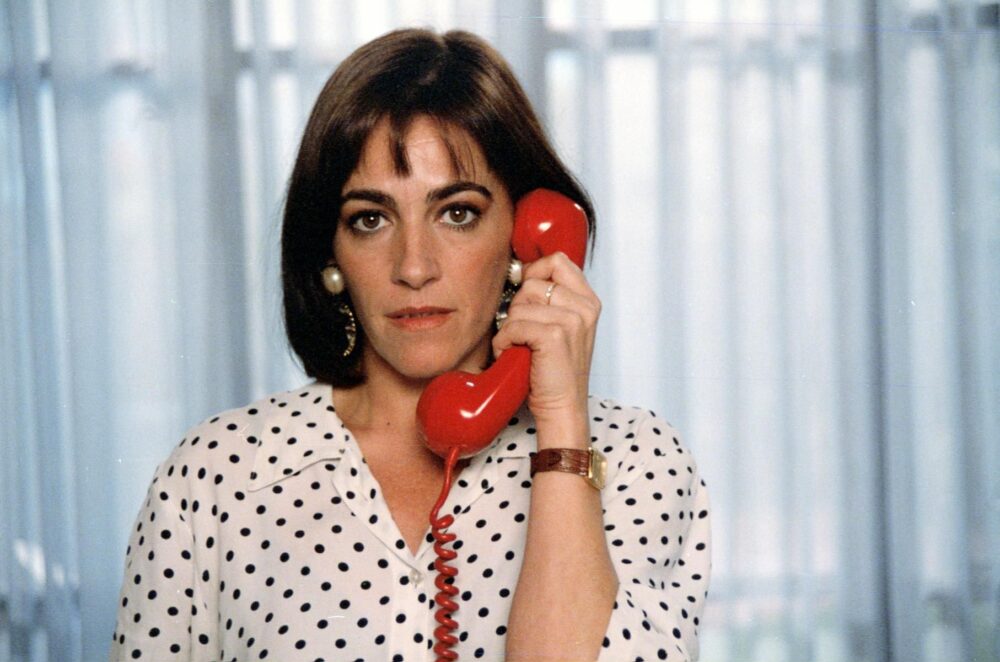 "A feminist comedy with real bite; it always brings down the house."
- Chicago Tribune

Creating "one of the jauntiest of all war-of-the-sexes comedies" (Pauline Kael), Pedro Almodóvar, Spain's premiere writer-director, creates an off-kilter universe of madness, mayhem and pure fun. Nominated for the 1988 Academy Award® for Best Foreign Language Film, and co-starring Antonio Banderas, Women on the Verge of a Nervous Breakdownis "a wild, wanton, wickedly witty farce! (People)" High atop one of Spain's poshest penthouses, three women have come to the end of their mental ropes. Super-sexy Pepa (Carmen Maura) is forever teetering around atop her skyscraper spikes as she obsesses over Iván (Fernando Guillén), the lover who just jilted her over the answering machine! Her neurotic best friend Candela (María Barranco) is seeking refuge at Pepa's place because she recently realized her lover is a Shiite terrorist. And Iván's ex-wife Lucía (Julieta Serrano) was just released from a 20-year stint in a mental institution. They're all mighty mad -- in fact, they're on the verge of a nervous breakdown?and one of them is about to commit murder unless the other half-crazed femmes fatales can stop her! [Sony Pictures] 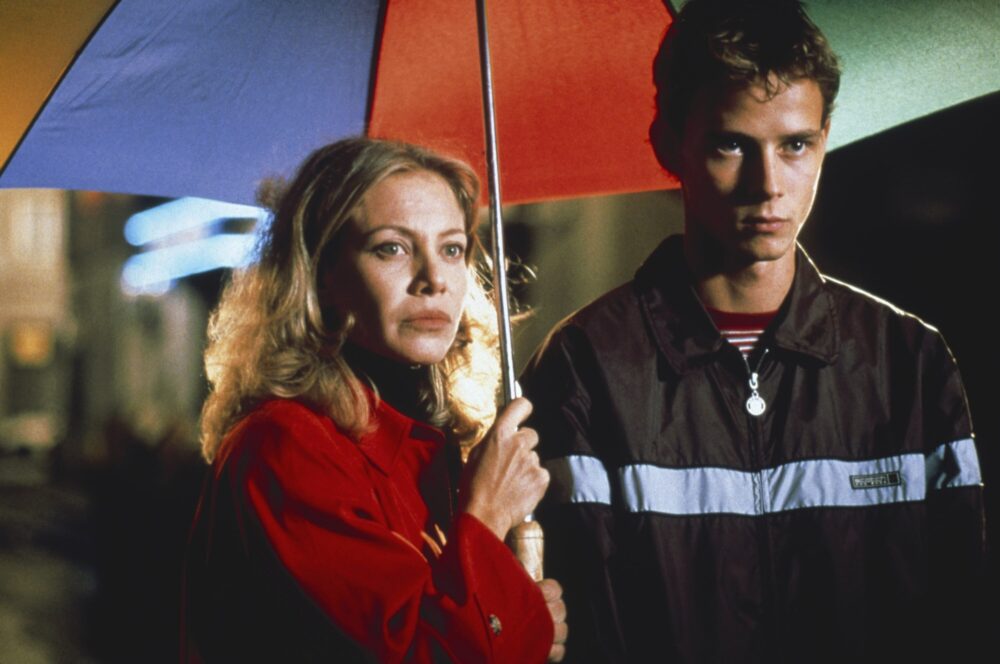 "Nothing short of a triumph."
- Film.com

This Oscar-winning melodrama, one of Pedro Almodóvar’s most beloved films, provides a dizzying, moving exploration of the meaning of motherhood. In an instant, nurse Manuela (Cecilia Roth) loses the teenage son she raised on her own. Grief-stricken, she sets out to search for the boy’s long-lost father in Barcelona, where she reawakens into a new maternal role, at the head of a surrogate family that includes a pregnant, HIV-positive nun (Penélope Cruz); an illustrious star of the stage (Marisa Paredes); and a transgender sex worker (Antonia San Juan). Beautifully performed and bursting with cinematic references, All About My Mother is a vibrant tribute to female fortitude, a one-of-a-kind family portrait, and a work of boundless compassion. [Criterion] 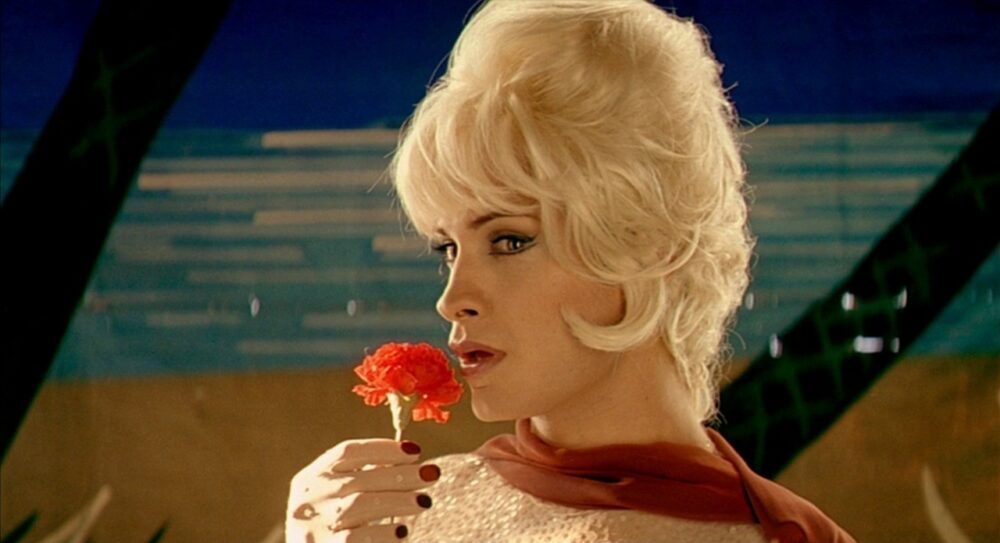 "To watch Bad Education is to revel, along with Almodovar, in the power of cinema to take us on journeys of breathtaking mystery and dimension and beauty."
- The Washington Post

From two-time Academy Award(r)-winner Pedro Almodovar (2002 Best Original Screenplay, Talk to Her, 2000 Best Foreign Language Film, All About My Mother) comes BAD EDUCATION, an outrageous tale of desire, revenge and murder. Filmmaker Enrique (Fele Martínez) gets a visit from an aspiring actor claiming to be his old school friend Ignacio (Gael Garcia Bernal, The Motorcycle Diaries, Y Tu Mama Tambien), who has written a story about their traumatic childhood spent at Catholic school. In the story, adrag performer known as Zahara (also played by Bernal) attempts to blackmail a predatory priest by exposing their scandalous past. The tale provides the inspiration for Enrique¹s next film. But when the villainous priest from their school days arrives on to tell his own version of the events, thetruth is wilder than anything anyone could have imagined. Peter Travers of Rolling Stone raves, "Gael Garcia Bernal is dynamite!" and calls the film "a rapturous masterwork!" [Sony Pictures] 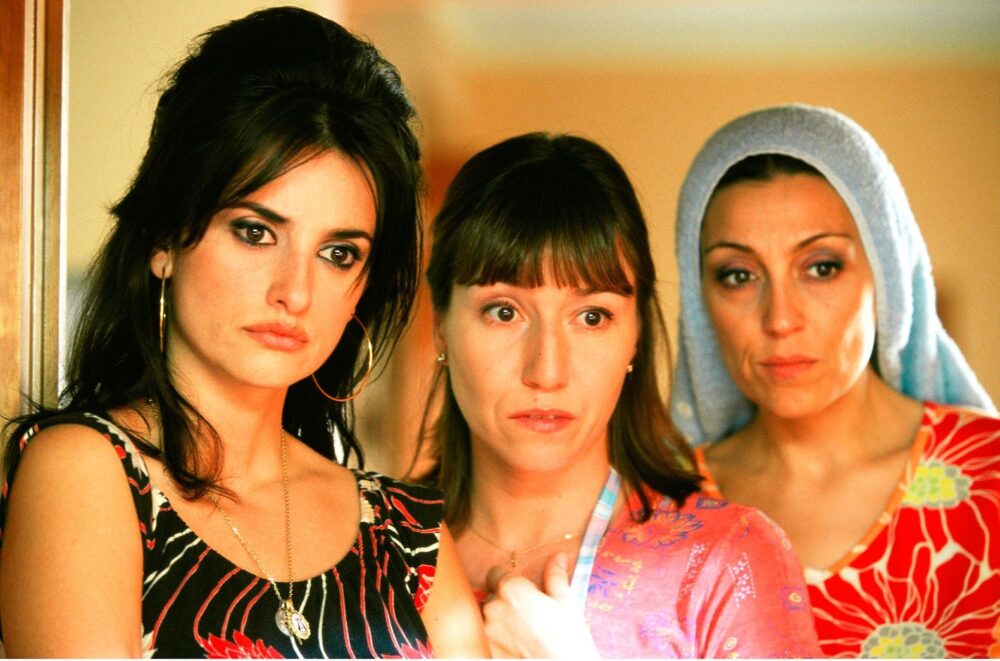 "Volver is Almodovar's passionate tribute to the community of women -- living and dead -- who nurtured him. Through the transformative power of his art -- carried on the wings of Alberto Iglesias' exhilarating score -- we feel their presence. You do not want to miss this one."
- Rolling Stone

From two-time Academy Award(r)-winner Pedro Almodóvar (2003, Best Original Screenplay, Talk to Her; 2000, Best Foreign Language Film, All About My Mother) comes VOLVER, a comedic and compassionate tribute to women and their resilience in the face of life's most outrageous tribulations. A luminous Penélope Cruz leads an ensemble of gifted actresses, including Carmen Maura (Women on the Verge of a Nervous Breakdown). Raimunda (Cruz) and her sister Sole lost their parents in a tragic fire years ago...or did they? Superstitious villagers claim that the girls' departed mother, Irene (Maura), has been seen wandering around their Aunt Paula's home. When Irene appears to Sole, she explains that she has returned to set right her daughters' troubled lives and reveal shocking secrets that will impact everyone! Raimunda has "female troubles" of her own, least of which is a corpse in the freezer! Winner of numerous film festival and critics' awards, VOLVER is a hilarious tale of love, loss and forgiveness.
[Sony Pictures]