A harried movie director retreats into his memories and fantasies.
(NR, 138 min.) 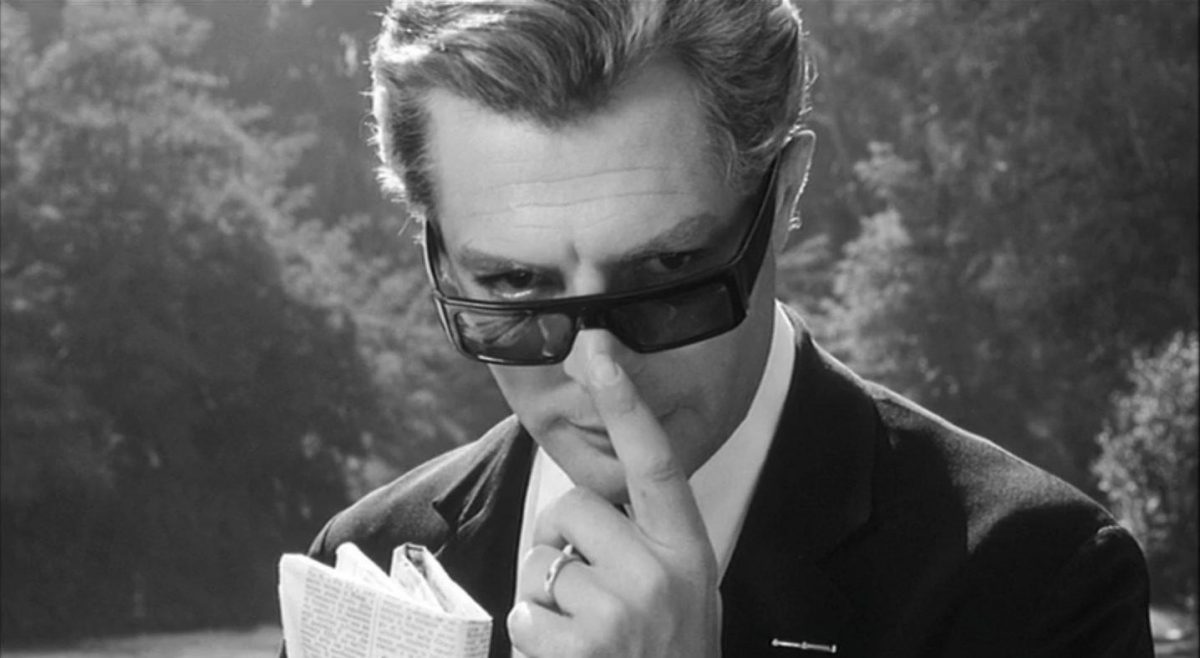 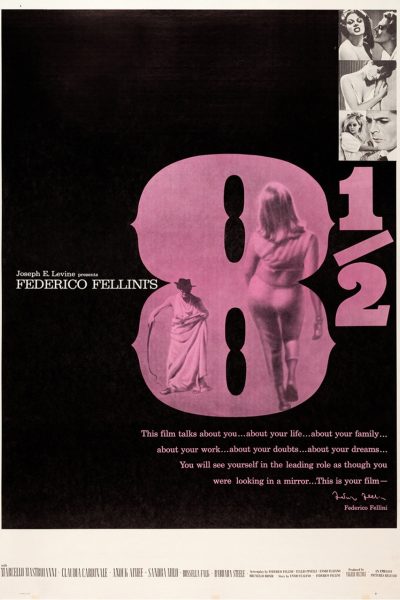 Marcello Mastroianni plays Guido Anselmi, a director whose new project is collapsing around him, along with his life. One of the greatest films about film ever made, Federico Fellini’s _8½_ (Otto e mezzo) turns one man’s artistic crisis into a grand epic of the cinema. An early working title for _8½_ was _The Beautiful Confusion,_ and Fellini’s masterpiece is exactly that: a shimmering dream, a circus, and a magic act. [Janus]

"A carnival of the soul."

"It is breathtaking to watch. The experience is unforgettable."

"In terms of execution I cannot remember a more brilliant film."

"A sprawling anything-goes portrait of the artist and the creative process in crisis."

"It's Fellini's last black-and-white picture and conceivably the most gorgeous and inventive thing he ever did."

"Marcello Mastroianni becomes an avatar for the great Italian director Federico Fellini in the surreal cinematic self-interrogation that takes place in 8 1/2."

"Mastroianni gives what might be the greatest performance of his legendary career, making an ideal focus of attention for Fellini's cinematic pyrotechnics."

"Here is a piece of entertainment that will really make you sit up straight and think, a movie endowed with the challenge of a fascinating intellectual game."

"One of the best films ever made about filmmaking, it’s simultaneously critical of its director’s self-importance and childishness and celebratory of the possibilities of the medium."

"8 1/2 is probably the most potent movie about film-making, within which fantasy and reality are mixed without obfuscation, and there's a tough argument that belies Fellini's usual felicitous flaccidity."