1840s England, acclaimed but overlooked fossil hunter Mary Anning and a young woman sent to convalesce by the sea develop an intense relationship, altering both of their lives forever.
(R, 120 min.) 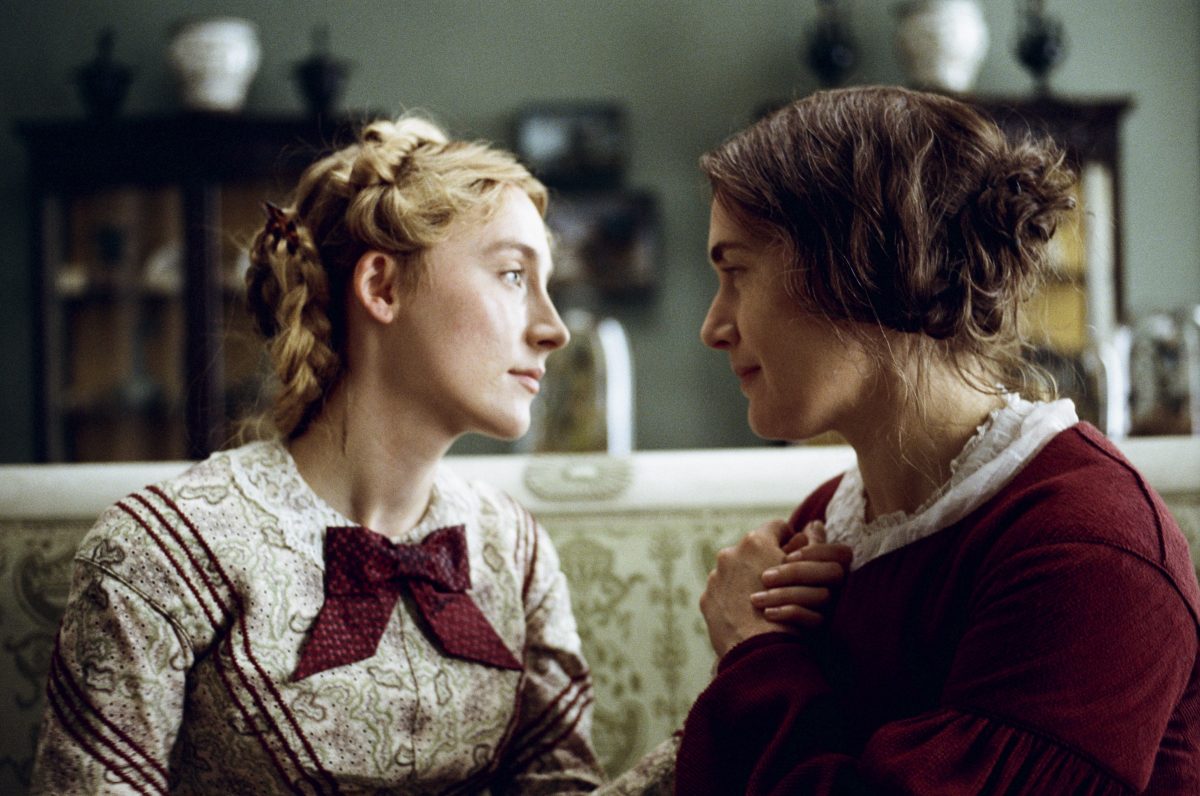 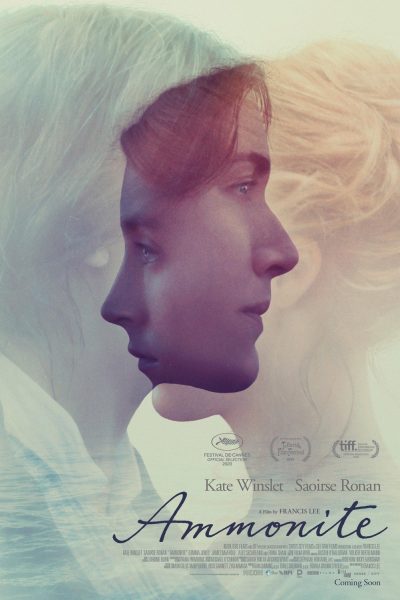 n 1800s England, acclaimed but unrecognized fossil hunter Mary Anning (Kate Winslet) works alone on the rugged Southern coastline. With the days of her famed discoveries behind her, she now searches for common fossils to sell to tourists to support herself and her ailing mother. When a wealthy visitor entrusts Mary with the care of his wife Charlotte Murchison (Saoirse Ronan), she cannot afford to turn his offer down. Proud and relentlessly passionate about her work, Mary initially clashes with her unwelcome guest, but despite the distance between their social class and personalities, an intense bond begins to develop, compelling the two women to determine the true nature of their relationship. [Neon]

"One of the finest films of the year: a shiveringly passionate period piece."

"Francis Lee's forbidden-love story in 1840s England is vital and austere, not unlike the fossilized sea creature that gives the film its title and poignant symbol."

"Ammonite will make you feel as if you’re right there in Lyme with Mary, sharing her loneliness and delighting in the small moments of joy she allows herself, all the while breathing in the crisp sea air."

"One of Lee’s brilliant choices is to refuse to put a soppy romantic gloss on the affair. He suggests instead that passion can blind lovers to a true understanding of each other as easily as it can open their eyes."

"'Ammonite' is a passionate love story nourished by the salty sea air and the blissful absence of men; it's also a sharp reflection on how the artistic, scientific and intellectual contributions of women have been systematically written out of history."

"This is the work of a mature filmmaker in full command of his voice, yielding remarkable performances, chief among them a complex character study of stoicism and desire from Kate Winslet that might be the best work of her career. In many ways it's a deceptively modest work, but Ammonite just floored me; I can't think of a single aspect that could be improved upon."