After a particularly harsh winter Brian goes into a deep depression; completely isolated and with no one to talk to, Brian does what any sane person would do when faced with such a melancholic situation. He builds a robot. (PG, 90 min.) 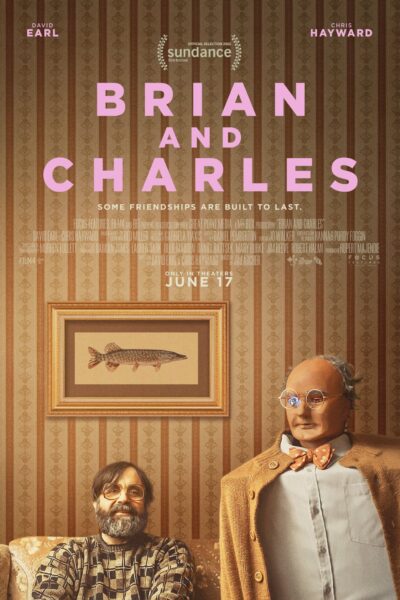 Brian and Charles follows Brian, a lonely inventor in rural Wales, who spends his days building quirky, unconventional contraptions that seldom work. Undeterred by his lack of success, Brian attempts his biggest project yet. Three days, a washing machine, and various spare parts later, he’s invented Charles, an artificially intelligent robot who learns English from a dictionary and has an obsession with cabbages. What follows is a humorous and entirely heartwarming story about friendship, family, finding love, and letting go.
[Focus Features]

"The warmth and tenderness with which the film explores the relationship between Brian and his creation are real."

"Here’s some Frankenstein and some Wallace and Gromit and some that is entirely Brian and Charles’s own; the mockumentary-style comedy, directed by Jim Archer, is sweet, funny, weird, and heartwarming."

"Comedy is a serious business and it is Earl and Hayward’s deadpan delivery, coupled with Archer’s maintenance of a documentary shooting style in the face of the ridiculous, that ensures the situation generates physical and verbal laughs."