In 1980s Italy, a romance blossoms between a seventeen-year-old student and the older man hired as his father's research assistant.
(R, 130 min.) 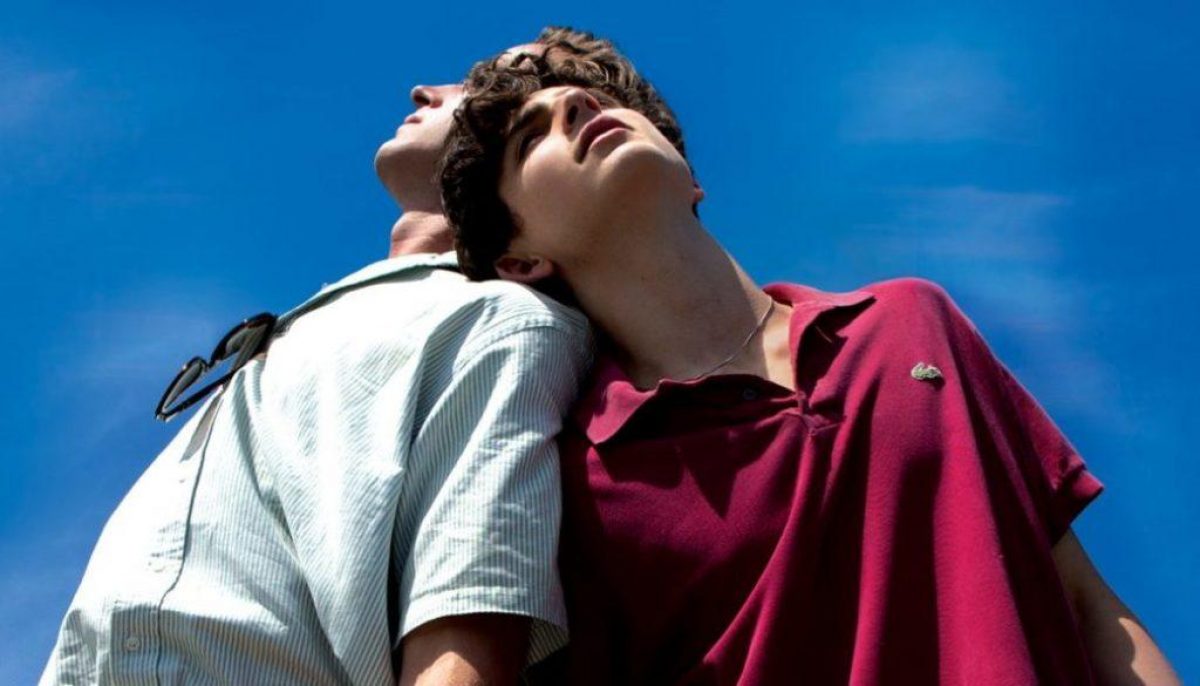 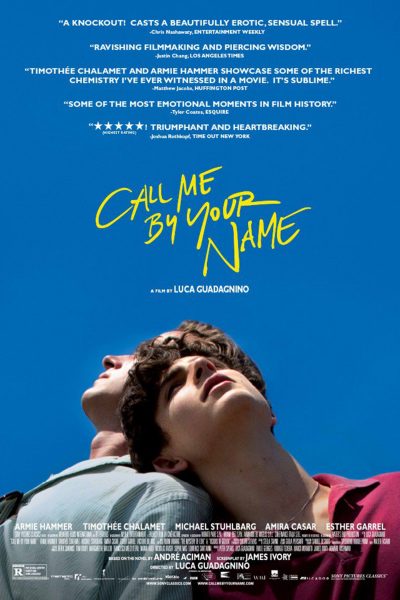 Summary: It’s the summer of 1983 in the north of Italy, and Elio Perlman (Timothée Chalamet), a precocious 17- year-old American-Italian, spends his days in his family’s 17th century villa transcribing and playing classical music, reading, and flirting with his friend Marzia (Esther Garrel). Elio enjoys a close relationship with his father (Michael Stuhlbarg), an eminent professor specializing in Greco-Roman culture, and his mother Annella (Amira Casar), a translator, who favor him with the fruits of high culture in a setting that overflows with natural delights. While Elio’s sophistication and intellectual gifts suggest he is already a fully-fledged adult, there is much that yet remains innocent and unformed about him, particularly about matters of the heart. One day, Oliver (Armie Hammer), a charming American scholar working on his doctorate, arrives as the annual summer intern tasked with helping Elio’s father. Amid the sun-drenched splendor of the setting, Elio and Oliver discover the heady beauty of awakening desire over the course of a summer that will alter their lives forever.

"It's a story of first love: impossible, impermanent, and passionate."

"You don't just watch Luca Guadagnino's movies, you swoon into them."

"Call Me By Your Name is a visually stunning coming-of-age story that boasts a star-making performance by Chalamet."

"It's a piercing glimpse of a young man's bright, confounding first love, the kind of love that brings disorientation and rhapsody."

"A lush and vibrant masterpiece about first love set amid the warm, sunny skies, gentle breezes and charming, tree-lined roads of northern Italy."

"This coming-of-age love story is all texture, tone and nuance...Luca Guadagnino has made a lovely cinematic feather. And it floats down beautifully, riding a soft breeze of melancholy and grace."

"One of the very best films of the year. Guadagnino, a master cinema sensualist, and his award-caliber actors Chalamet, Hammer and Stuhlbarg create a love story for the ages and a new film classic. Let it in."

"The direction by Luca Guadagnino is reminiscent of Bertolucci's sensitivity at its best, the fabulous cinematography by Sayombhu Mukdeeprom rapturously captures the rich work of art that is Italy in summer, and the actors are to die for."