A Manhattan doctor embarks on a bizarre, night-long odyssey after his wife's admission of unfulfilled longing.
(NC-17, 159 min.) 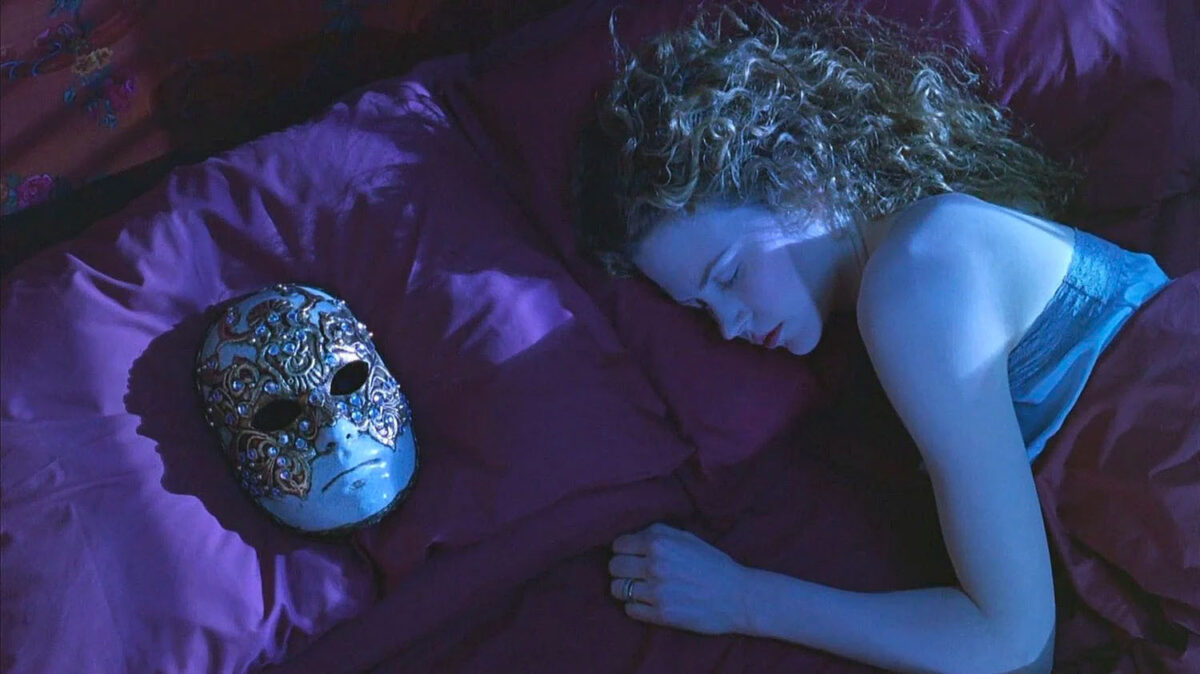 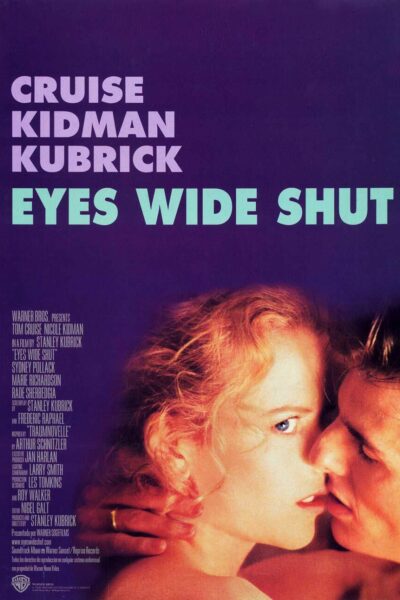 Tom Cruise and Nicole Kidman star as a married couple entangled in an intricate web of jealousy and sexual obsession in Stanley Kubrick's final cinematic offering. At a Christmas party hosted by wealthy, unconventional Victor Ziegler (Sydney Pollack), provocative advances and innocent flirtations arouse suspicion as high-society physician Dr. William Harford (Cruise) and his sexy wife, Alice (Kidman) watch each other from a distance. Alone later, this seemingly perfect couple confront their intimate sexual fantasies--which don't include each other. Caught between reality and illusion, jealousy and obsession, William struggles with his inner urges. Will he act on his erotic fantasies or keep them hidden deep inside? Sometimes a man can see more clearly with his Eyes Wide Shut. [Warner Bros. Pictures]

"As the late Stanley Kubrick's swansong, it fills the bill magnificently."

"Kubrick, exactly in character, has left us as the unchallengeable champion of the enigma."

"It's the most brilliant, most glamorous, yet subtlest movie about sexual desire and sexual jealousy."

"Above all a masterpiece of sustained tone, a tightrope act that pays off in rich and unexpected ways."

"Cruise in particular lays himself open in that fiercely committed way that he tries everything as an actor."

"Kidman is consistently excellent. This is the most powerful role she has taken on throughout a varied career."

"Eyes Wide Shut still towers above most of the movies out there, immersing the viewer in a web of emotional complexity."

"Censored or not, Eyes Wide Shut remains an absorbing, haunting and ultimately profoundly moral work by a filmmaker working at the peak of his craft."

"This is a remarkably gripping, suggestive, and inventive piece of storytelling that, like Kubrick's other work, is likely to grow in mystery and intensity over time."

"A riveting, thematically probing, richly atmospheric and just occasionally troublesome work, a deeply inquisitive consideration of the extent of trust and mutual knowledge possible between a man and a woman."