An adaptation of Annie Ernaux's eponymous novel, looking back on her experience with abortion when it was still illegal in France in the 1960s.
Original title: L'événement
(R, 100 min.) 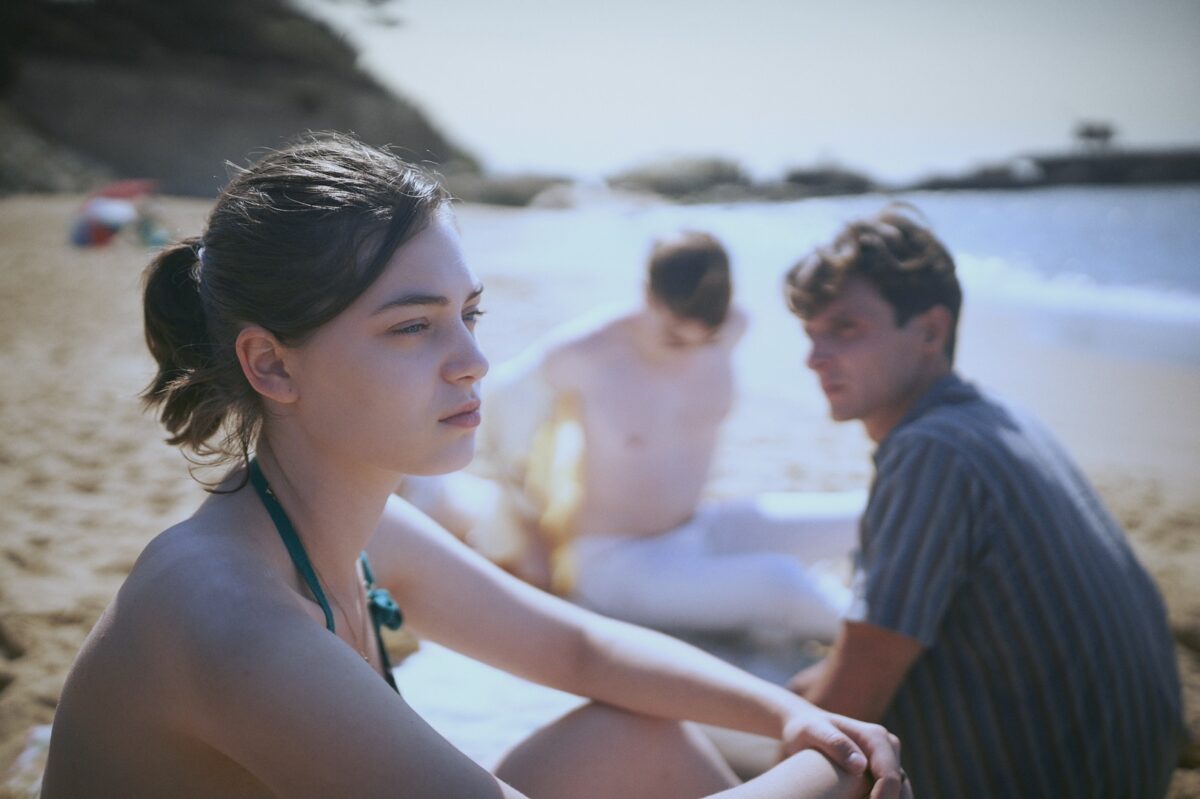 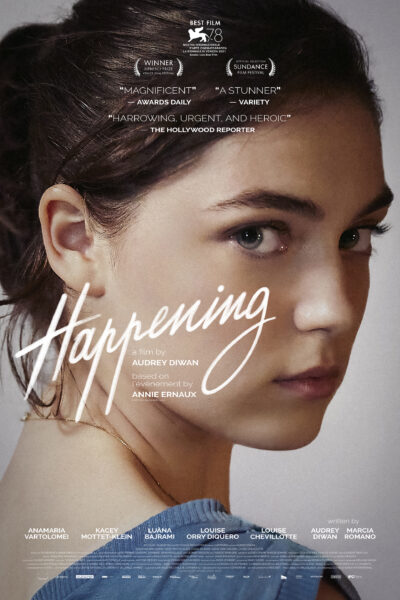 *Winner of the Golden Lion at the 2021 Venice Film Festival

France, 1963. Anne is a bright young student with a promising future ahead of her. But when she falls pregnant, she sees the opportunity to finish her studies and escape the constraints of her social background disappearing. With her final exams fast approaching and her belly growing, Anne resolves to act, even if she has to confront shame and pain, even if she must risk prison to do so. [IFC]

"It's a serious, gripping and finally honourable film."

"It's hard to think of a film more necessary in the current moment."

"Diwan handles the reality of abortion with unforgettable plotting and imagery."

"Unsettling and alarming. It’s based on a memoir, and it feels real in every scene."

"This period drama manages the difficult task of speaking to our current moment without being didactic or preachy."

"Diwan takes a sensitive subject with life-altering consequences, then personalizes and humanizes the circumstances."

"Deftly adapted by director Audrey Diwan from a novella, Happening is a period piece, but it’s acted and shot with a shivery immediacy."

"Diwan's camera stays focused on the most harrowing moments of Anne's experience, which makes Happening a difficult but often remarkable watch."

"More than anything else, Diwan seems interested in exploring how, at many points in history, young women had no choice but to bear this particular burden alone."

"The result is difficult to watch yet impossible to turn away from, the legitimacy of its naked honesty seeping from every rough corner and crevice of the production."

"Happening is a naturalistic, heart-breaking and relentless account of the multiple traumas and injustices that cascade when women are denied their basic bodily autonomy."

"Adapted from Annie Ernaux’s autobiographical novel, the film plays its private trauma as a harrowing thriller, and showcases a superb performance from Anamaria Vartolomei as Anne Duchesne, the agonised student in the spotlight."

"Happening is often a tough watch, compassionate but brutally honest, and almost breathless in its chronicle of a struggle that has obviously stayed with the author for decades. This is a slice of clear-eyed French social-realism that will be meaningful to anyone who cares about personal freedoms."

"The film can be unrelenting: Several graphic scenes make it challenging to watch, and more than once, I caught myself holding my breath. As the story’s weeks stretch into months, you can see the tension gather in Anne’s piercing gaze. It’s as if her eyes might set the screen aflame with her frustration, fury, and—eventually—panic."

"To call this movie timely would be both an understatement and a bit of a misnomer, since the battle for women’s bodily autonomy has never not been a timely issue. It might be more fitting to praise Happening for its urgency, not just because it arrives in American theaters under particularly fraught circumstances, but also because of the gut-clutching suspense and the wrenching intimacy that the director brings to the telling."