Virtuoso brothers Ilmar and Aldo live on opposite sides of a chasm a half-century wide. LOS HERMANOS/THE BROTHERS tracks their parallel lives in New York and Havana, viewing estranged nations through the lens of music and family.
(NR, 84 min.) 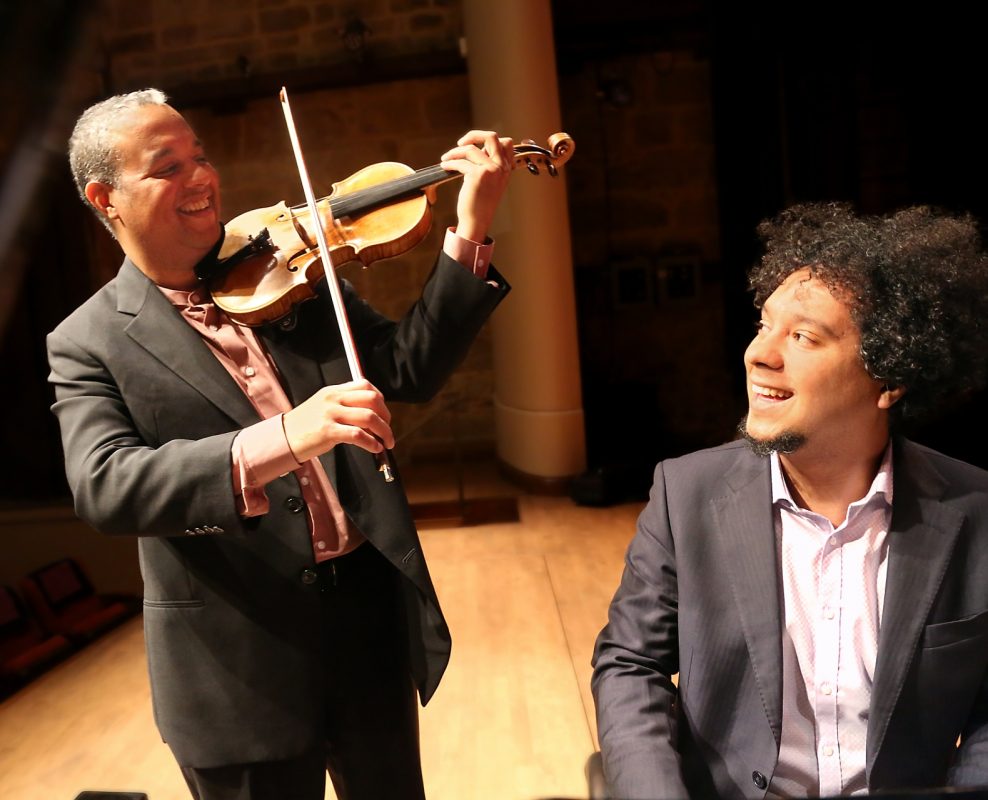 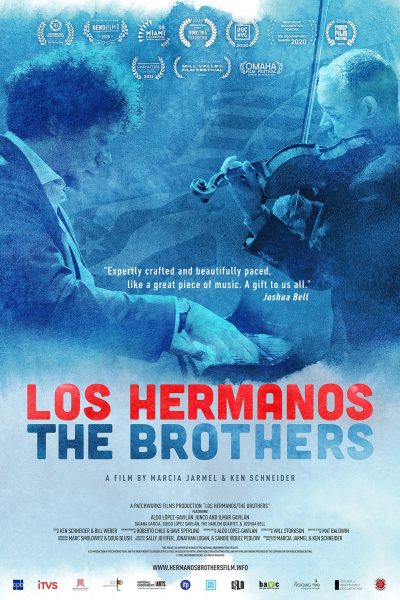 Virtuoso Afro-Cuban-born brothers—violinist Ilmar and pianist Aldo—live on opposite sides of a geopolitical chasm a half-century wide. Tracking their parallel lives in New York and Havana, their poignant reunion, and their momentous first performances together, Los Hermanos/The Brothers offers a nuanced, often startling view of estranged nations through the lens of music and family. Featuring an electrifying, genre-bending score, composed by Cuban Aldo López-Gavilán, performed with his American brother, Ilmar, and with guest appearances by maestro Joshua Bell and the Harlem Quartet. [First Run Features]

"Expertly and beautifully paced, like a great piece of music."

"A compelling story about a family disrupted by geopolitics."

"Offers a bright take on the endurance of family despite the policies of the day."

"An oscar caliber film for the family and one not to be missed."

"Exquisite – so much poetry, heart, and exemplary craft. The editing is just sublime."

"A remarkable film about a family ensnared in geopolitics and two brothers who lead very different lives and yet never lose their instinctual connection."

"Six months without live music will be reason enough to see these two gifted musicians reunite across borders to perform publicly for the first time. The film offers a bright take on the endurance of family despite the policies of the day."

"A purely celebratory film that at the same time biopsies political expedience and nationalism; a film about love -- for family, for art, for country -- that is deeply layered with injustice and resilience; a film about forced separation that made us want to dance."