When the police in a German city are unable to catch a child-murderer, other criminals join in the manhunt.
Original title: M - Eine Stadt sucht einen Mörder
(NR, 110 min.) 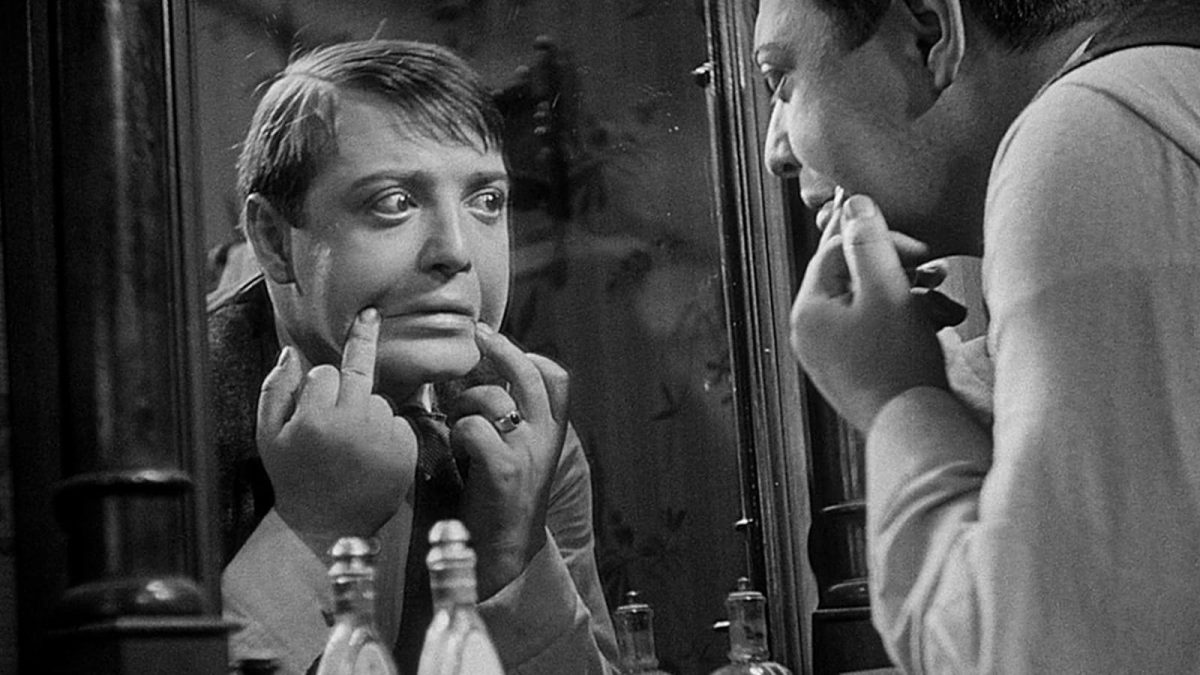 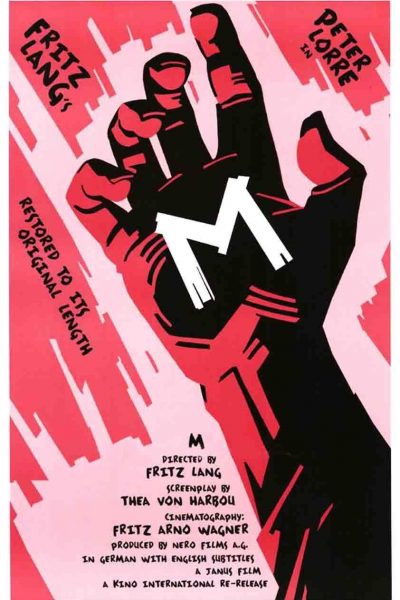 A simple, haunting musical phrase whistled offscreen tells us that a young girl will be killed. “Who Is the Murderer?” pleads a nearby placard as serial killer Hans Beckert (Peter Lorre) closes in on little Elsie Beckmann . . . In his harrowing masterwork M, Fritz Lang merges trenchant social commentary with chilling suspense, creating a panorama of private madness and public hysteria that to this day remains the blueprint for the psychological thriller. [Janus]

"[An] important film which rightly deserves its success."

"You'll never look at a novelty balloon in the same way again."

"This astonishing movie represents an unsurpassed grand synthesis of storytelling."

"Few films are gripping and effective 82 years after their original release, but this one surely is."

"Lorre's performance as a desperate killer who insists he can't help himself remains his finest hour on film."

"It's an impeccable film -- a model of psychological suspense and a stunning display of Lang's power and skill."

"Be afraid. Be properly afraid. The greatest creation of Fritz Lang's career remains one of the most disturbing movies of his, or any, film-making era."

"Lang's movie is that rare thing, a nail-biting soul-searcher. While M steers clear of analyzing deviance, it is startling in its musings on which punishment fits an inhuman crime."

"The moral issues are complex and deftly handled: Lorre is at once entirely innocent and absolutely evil. Lang's detached, modified expressionist style gives the action a plastic beauty."

"The film doesn't ask for sympathy for the killer Franz Becker, but it asks for understanding: As he says in his own defense, he cannot escape or control the evil compulsions that overtake him."

"Fritz Lang's acute use of objects, symbols, letters, and codes to decrypt a relatively simple narrative remains as perfect an example of pure cinema in the sound era as one is likely to find."

"Arguably Fritz Lang's greatest cinematic achievement, this unnerving tale of deranged child-killer Hans Beckert (Lorre) stalking the dingy alleys and shadowy playscapes of Berlin is as riveting a piece of filmmaking as you're ever likely to see."