Aftermath of a violent tragedy that affects the lives of two couples in different ways.
(PG-13, 110 min.) 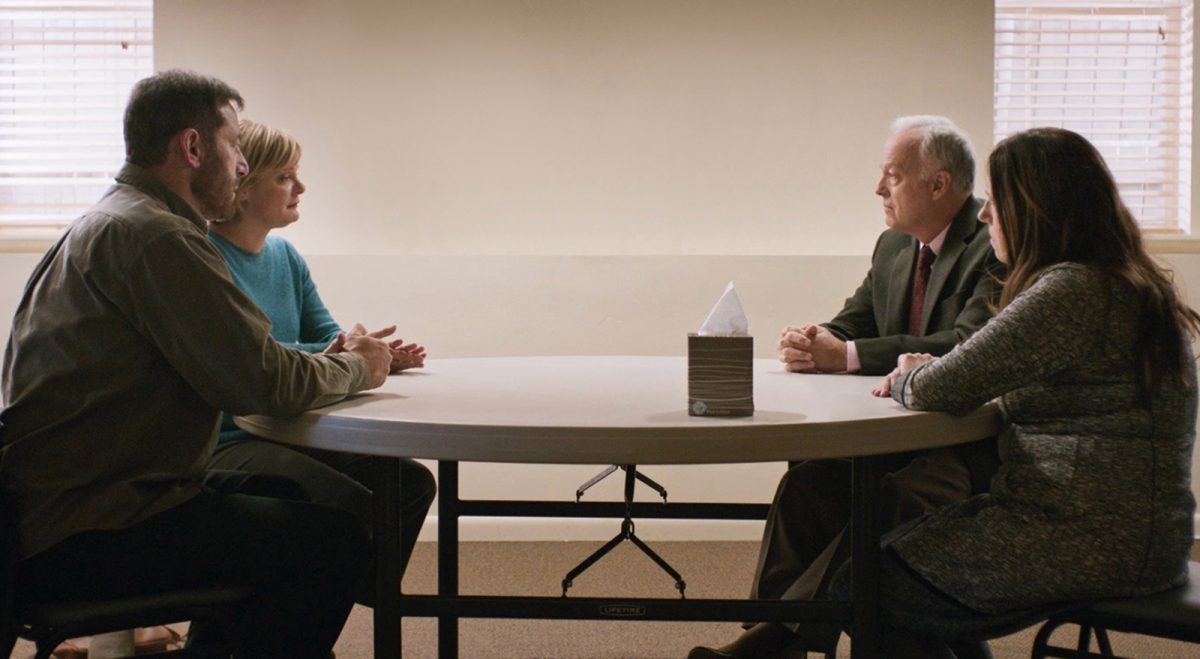 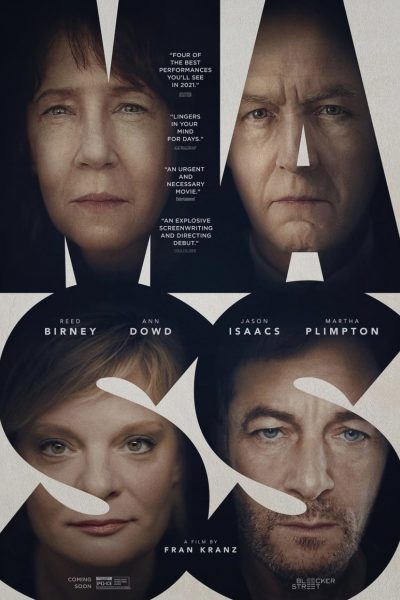 Years after an unspeakable tragedy tore their lives apart, two sets of parents (Jason Isaacs and Martha Plimpton, Reed Birney and Ann Dowd) agree to talk privately in an attempt to move forward. In Fran Kranz’s writing and directing debut, he thoughtfully examines their journey of grief, anger and acceptance by coming face-to-face with the ones who have been left behind.
[Bleeker Street]

"A riveting and unforgettable feature by Fran Kranz."

"Mass is a masterful directorial debut for Fran Kranz."

"Knocks the wind right out of you and lingers in your mind for days."

"[Director Fran] Kranz succeeds in finding understanding in the unthinkable."

"The writing is so deft, and the actors so committed, that by the end you'll feel you've touched the burning core of something real."

"In the hands of its cast, the film gives such precise and profound expression to the totality of grief that it comes to feel downright palpable."

"With rigour and clarity of purpose, actor/director Fran Kranz holds the audience in his hands, probing at the unthinkable and daring to keep the faith."

"It’s an airless chamber piece, a self-assured gamble that pays off almost instantaneously thanks to the four impeccable performances at its centre, each parent processing, intellectualising and vocalising their anguish in different ways."

"Harrowing to watch, but impossible to shake, this emotional powerhouse catches two sets of parents, brilliantly played by Martha Plimpton, Jason Isaacs, Reed Birney and an Oscar-worthy Ann Dowd, in the traumatic aftermath of a school shooting."

"The film avoids leaning into sensationalism, and though it's emotionally wrenching, there's something comforting to the process of mourning that both couples are going through as they wrestle with the political implications of a very personal event."

"Fran Kranz’s debut feature-length dramatic film Mass will linger in your head as you process its ability to provide solace in the face of atrocity. Perhaps the most defining quality it exudes is Kranz’s ability to evoke impressive thought-provoking drama within a bare environment of a table, chairs, and four people in an auxiliary church space, the primary location for the entire film."

"What fascinates the director, and clearly also fascinates his four outstanding lead actors, is the possibility of grace in a seemingly impossible, inconsolable situation. With considerable intelligence and disarming moral seriousness, they confront the question of whether forgiveness and understanding can be honestly extended or received, and whether healing can ever be more than an abstract concept."