On a faraway mountaintop, eight kids with guns watch over a hostage and a conscripted milk cow.
(R, 102 min.) 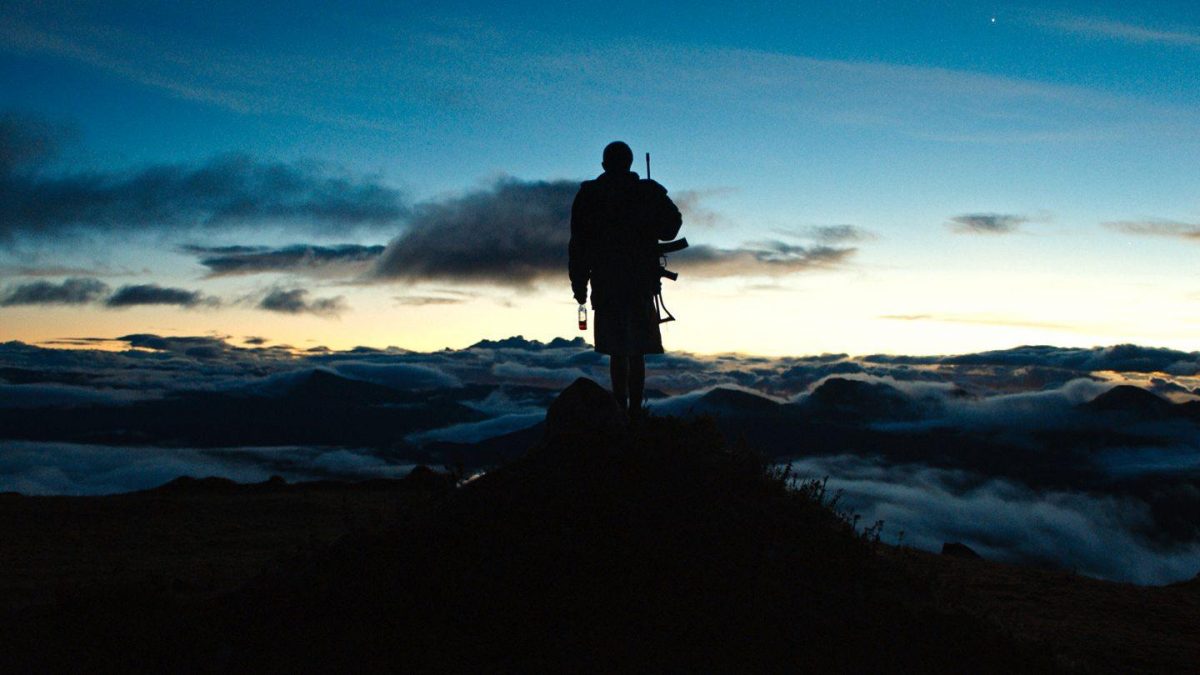 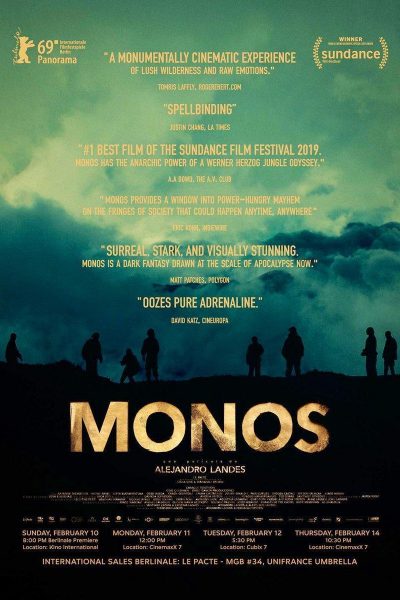 In a remote mountaintop setting somewhere in Latin America, a rebel group of teenage commandos bearing noms de guerre like Rambo, Smurf, Bigfoot, Wolf and Boom-Boom perform military training exercises while watching over a prisoner (Julianne Nicholson) and a conscripted milk cow for a shadowy force known only as The Organization. After an ambush drives the squadron into the jungle, fracturing their intricate bond, the mission begins to collapse. [Metacritic]

"[A] gorgeously shot, haunting look at human nature at its fraying edges."

"This is a gripping, sometimes hypnotising film in which notions of good and evil are less clear-cut than the urgent desire to stay alive."

"Nothing short of an aesthete’s dream, a film crammed with visual bravado that at various times echoes Kubrick, Malick, and Coppola’s Apocalypse Now."

"Elegant and entrapping, muddy and magnificent, Monos is a thrilling, if ambiguous endeavor of guerilla warfare, human nature, and adolescent anarchy."

— Luke Parker, We Got This Covered

"A towering filmic achievement, "Monos" pulsates like an inescapable vivid trance, cosmic and terrestrial at once, fantastical and violently stark, about victims and victimizers."

"A pure cinematic experience like Monos is a rare and precious gem. Colombian director Landes has created a surreal, sumptuous assault on the senses that’s as lushly beautiful as it is unforgettable."

"Aided by “Under the Skin” composer Micah Levi’s thunderous score, Landes delivers a suspenseful encapsulation of alienated youth enmeshed in pointless battles that can only lead to further destruction."

"A towering filmic achievement, Monos pulsates like an inescapable vivid trance, cosmic and terrestrial at once, fantastical and violently stark, about victims and victimizers. Like all dualities, those in this excursion are two bends that belong to the same river."

"Though Monos feels very contemporary aesthetically, its subjects are timeless: the malleability of group dynamics and how subtle changes can lead to either violence or harmony. It’s a philosophical film with very few words, examining its ideas through powerful images and feelings."

"A sublimely crafted saga about child soldiers discovering their own hearts of darkness in an unnamed, untamed Latin American wilderness, Monos presents an ugly reality in terms so profoundly paradoxical it becomes surreality: an experience at once jagged and lyrical, brutal and beautiful, angry and abstract, scattered and wholly singular."