After losing everything in the Great Recession, a woman embarks on a journey through the American West, living as a van-dwelling modern-day nomad.
(R, 108 min.) 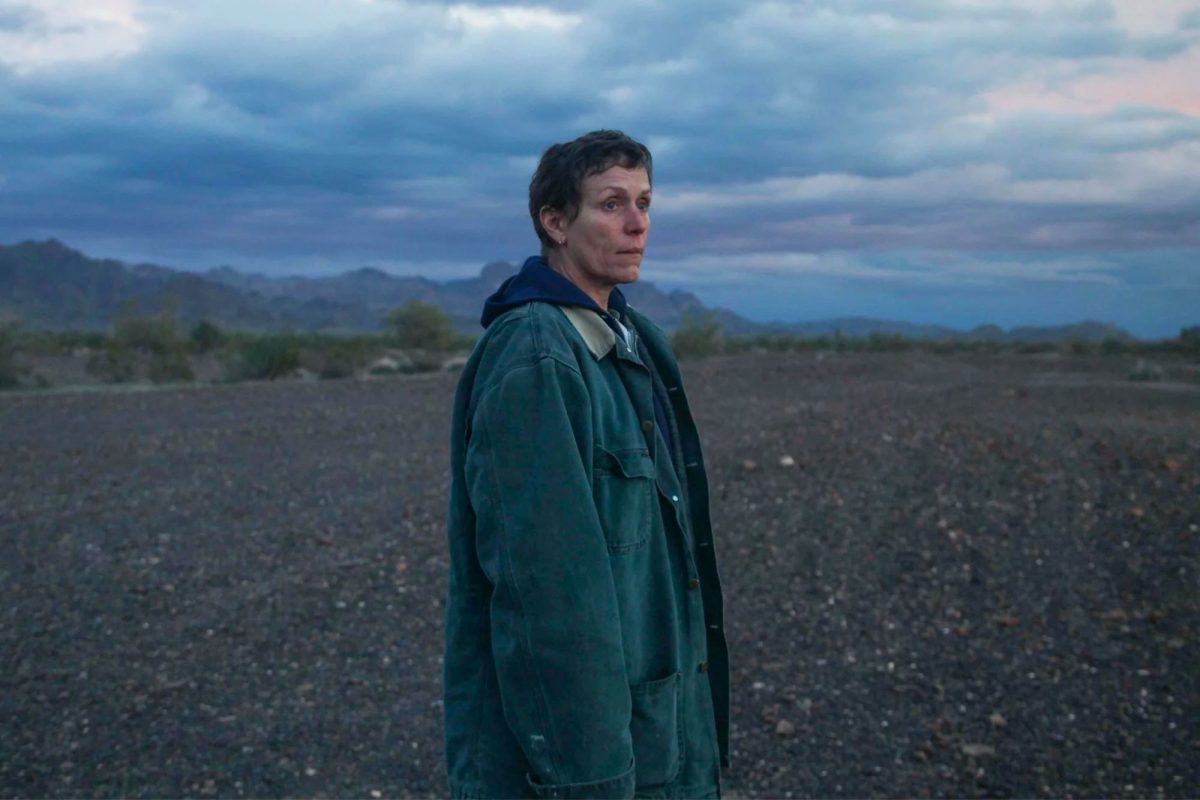 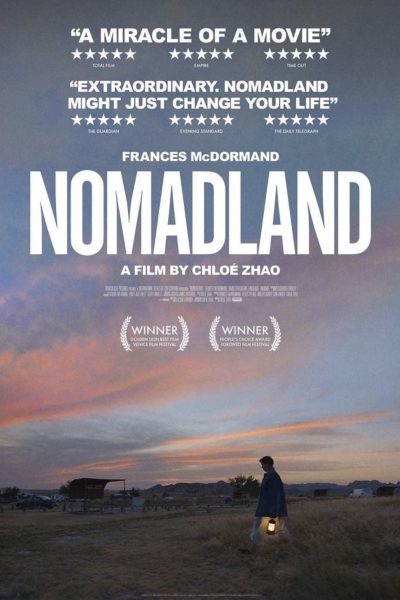 Following the economic collapse of a company town in rural Nevada, Fern (Frances McDormand) packs her van and sets off on the road exploring a life outside of conventional society as a modern-day nomad.

"Nomadland is a humanist masterpiece."

"For those on Zhao’s wavelength, the movie is a marvel of empathy and introspection."

"A portrait of America that is devastating and freeing, bursting with sorrow and empathy."

"It’s extraordinary how a work like Nomadland can hold a mirror to society and refract back to the audience the light of their own lives."

"Chloé Zhao’s Nomadland is an utterly inspired docu-fictional hybrid, like her previous feature The Rider. It is a gentle, compassionate, questioning film about the American soul."

"The sheer compassion of Zhao's direction is one of the film's most elemental pleasures, while McDormand is one of those rare actors who can somehow make the act of listening as thrilling as a barnstorming speech."

"Nomadland is a gorgeous, lyrical film featuring another standout lead performance by Frances McDormand. Chloé Zhao’s latest is a testament to the beauty of the American Midwest and the value of living an unorthodox life."

"Zhao collaborates with a major-name actor for the first time in Nomadland, guiding Frances McDormand to a remarkable performance of melancholy gravitas, so rigorously unmannered she's indistinguishable from the real-life nomads with whom she shares the screen."

"A movie that finds poetry in the story of a seemingly average woman. It is a gorgeous film that’s alternately dreamlike in the way it captures the beauty of this country and grounded in its story about the kind of person we don’t usually see in movies. I love everything about it."

"It's hard, too, to picture any actress other than McDormand (who also has a producer credit) in the part. She doesn't just become Fern, she creates her: melding Zhao's screenplay to her own fierce character in a way that feels almost uncannily real. Together, they've managed to make that rare thing: a film that feels both necessary and sublime."

"Through these characters, Zhao is able to examine the idea of wide-open frontiers without nostalgia or the need to pathologize the parts of our social structures that are eroding or have failed. Those shots of Fern, a tiny, determined dot out there on a stunning panorama, are breathtaking and elegiac. She is a woman eking out the life she wants to lead, a woman who has gone to look for America."