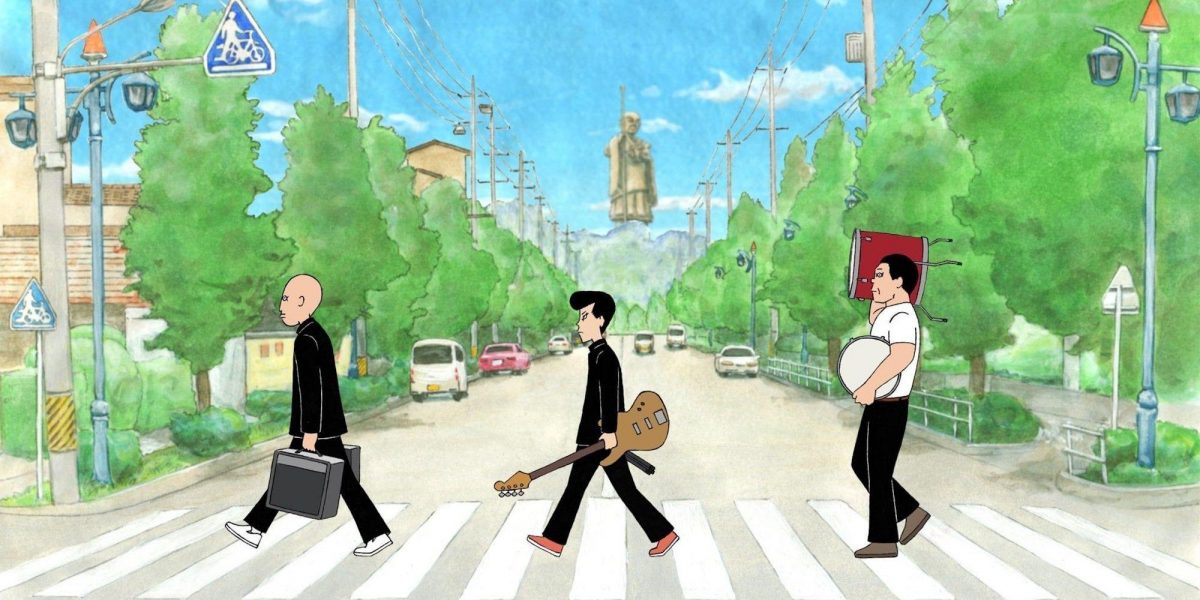 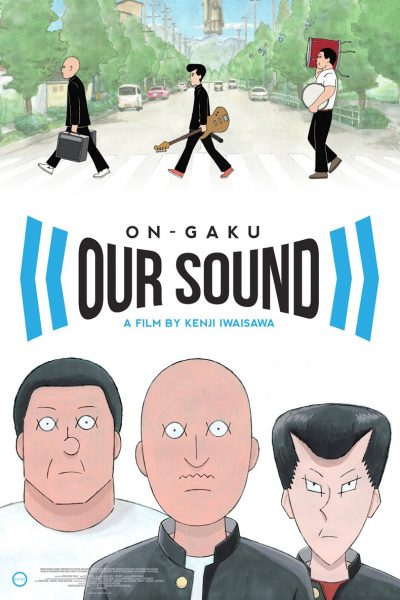 When you’re a bored teenager looking for thrills, sometimes the only thing you can turn to is rock ‘n roll. Having no skill, money, or even a full set of drums, a feared trio of high school delinquents nevertheless decide they are destined for musical glory in a quest to impress their only friend Aya, avoid a rival gang, and – most importantly – jam out. Animated almost entirely by director Kenji Iwaisawa, and featuring a lead performance by Japanese alt-rock legend Shintaro Sakamoto, ON-GAKU: OUR SOUND brings its own sound and vision to the Hiroyuki Ohashi manga from which it was adapted. With pitch-perfect deadpan humor, the film presents a highly original take on the beloved slacker comedy: a lo-fi buddy film with a blaring musical finale that will leave you wanting an immediate encore. [Gkids]

"'On-Gaku: Our Sound,' an oddball music comedy directed by Kenji Iwaisawa, upends all that is typical of Japanese animation."

"Funny, smart, striking and just overall chill when it washes over you, it’s a resounding statement for the director who will no doubt be a talent to watch in the anime industry."

"Music lovers, particularly adults, will enjoy the rock influences and references in the movie, which range from the Beatles (the Abbey Road moment is even in the promotional photos) and Dylan to Crosby, Stills, Nash & Young-style folk to Jimi Hendrix and Pete Townsend smashing their guitars."

"Every so often, a film comes along that’s so fresh and distinctive, your immediate impulse is to stand up and applaud it. This indie anime by director Kenji Iwaisawa, adapted from Hiroyuki Ohashi’s cult manga, gets the year off to a terrific start. A magical realist paean to the mind-altering powers of music, “On-Gaku: Our Sound” feels like an instant classic."