A daughter, mother and grandmother are haunted by a manifestation of dementia that consumes their family's home.
(R, 89 min.) 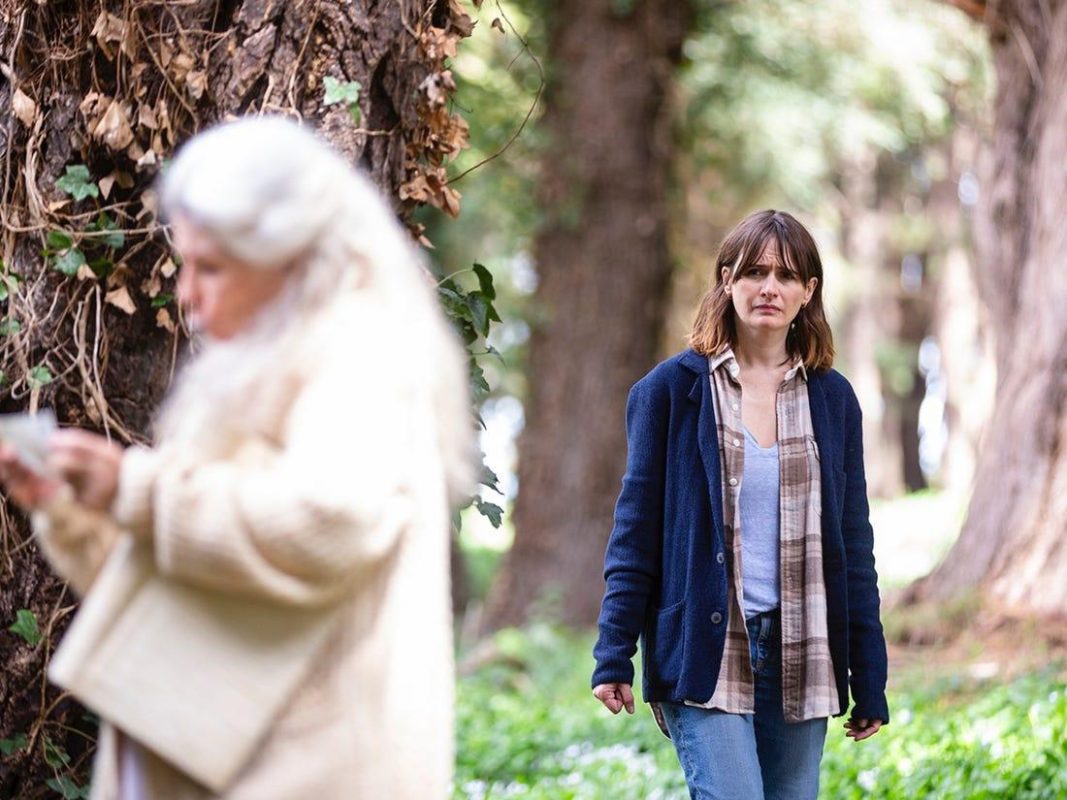 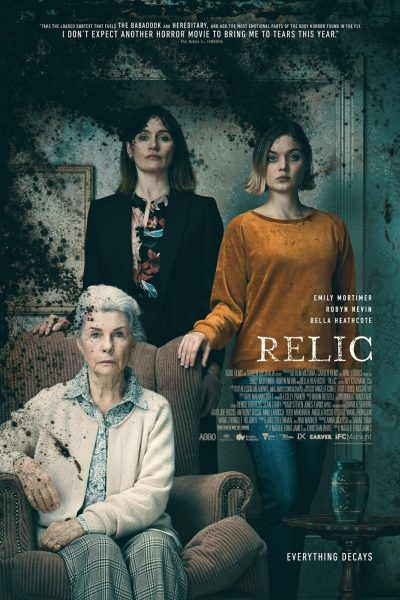 When octogenarian Edna inexplicably vanishes, her daughter Kay (Emily Mortimer) and granddaughter Sam (Bella Heathcote) rush to their family’s decaying country home and find clues of her increasing dementia scattered around the house in her absence. After Edna returns just as mysteriously as she disappeared, Kay’s concern that her mother seems unwilling or unable to say where she’s been clashes with Sam’s unabashed enthusiasm to have her grandma back. However, as Edna’s behavior turns increasingly volatile, both begin to sense that an insidious presence in the house might be taking control of her.
[Metacritic]

"This is a horror movie with a soul."

"Relic is the feel-dread movie of the year."

"A stylish, eerie project that turns the haunted house story on its head."

"Relic deftly merges the familiar bumps and groans of the haunted-house movie with a potent allegory for the devastation of dementia."

"A disturbing and ultimately devastating movie about what it means to love someone unconditionally, even when they've lost the power to love you back."

"In the end Relic really is about decay, both physical and spiritual, and filial devotion. But devotion to what is the question. The answer makes this movie distinctive, and well worth seeing."

"'Relic' is an exemplary entry in the New Horror canon, where psychology and atmosphere count for as much as shocks, where the inner wounds of women often take startling external form, and where less is more until the time comes for more to be more."

"Great horror movies are often built on guilt, and that’s the case with Relic. The film has creeping mold, strange sounds in the night, and gore to spare, but at heart it’s about the increasing shame a middle-aged woman feels for the distance she’s kept from her aging mother."

"Combined with realistically messy family dynamics and expert turns from the ensemble cast — particularly Nevin, whose performance forges boldly into challenging territory — the result is powerful, if a style of horror audiences have grown used to in a post-A24 world."