Markus, who has to go home to his teenage daughter, Mathilde, when his wife dies in a tragic train accident. It seems like an accident until a mathematics geek, who was also a fellow passenger on the train, and his two colleagues show up.
Retfærdighedens ryttere (original title)
(NR, 115 min.) 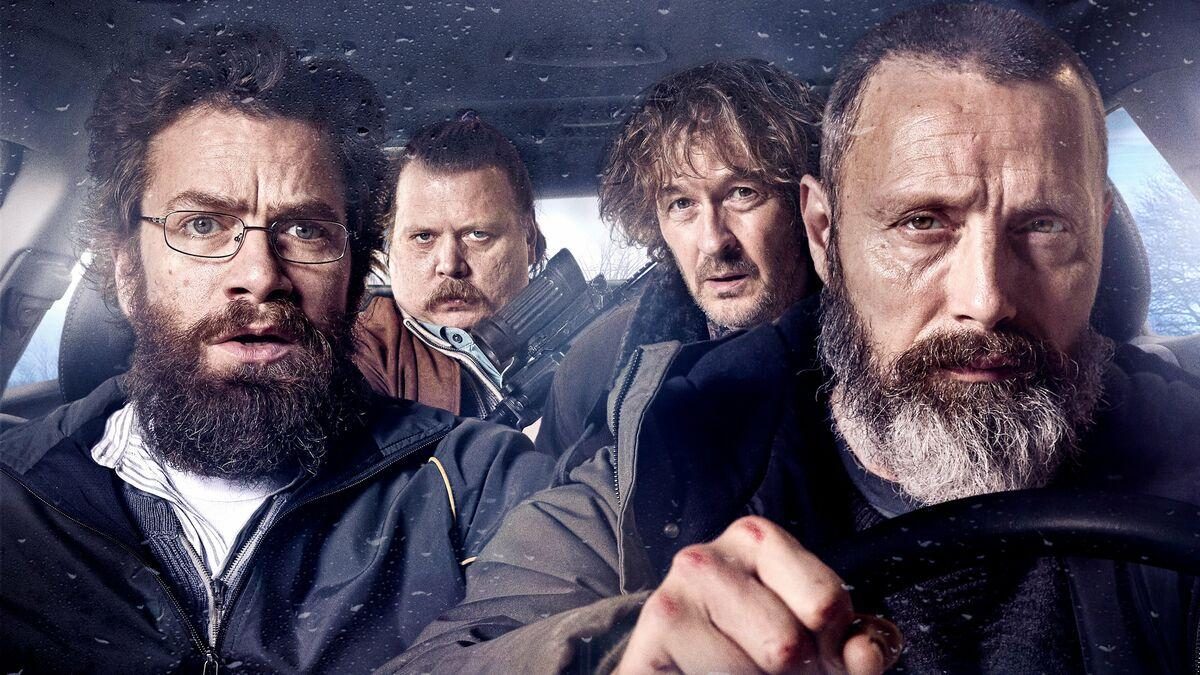 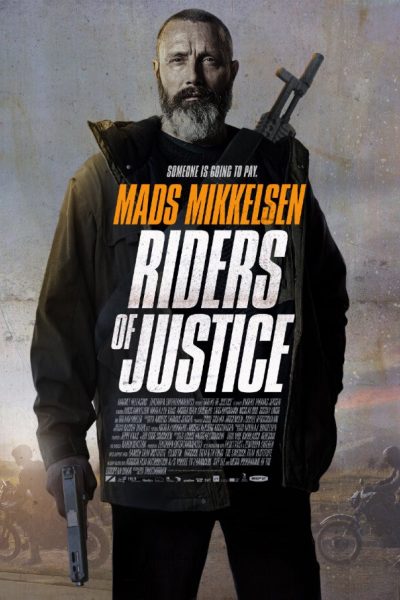 Recently-deployed Markus (Mads Mikkelsen) is forced to return home to care for his teenage daughter after his wife is killed in a tragic train accident. But when a survivor of the wrecked train surfaces claiming foul play, Markus begins to suspect his wife was murdered and embarks on a revenge-fueled mission to find those responsible. [Metacritic]

"Riders of Justice is a unique blend that charms and captivates."

"From the first frame to the last, Jensen's 'Riders' is a wild-ass ride that cements Mikkelsen as a cinematic treasure."

"A dynamic, unexpectedly touching ode to the difficulties of baring your vulnerabilities to genuinely overcome them."

"Two decades in, Jensen, Mikkelsen and their game, frequent collaborators are the defiantly irreverent gift that keeps on giving."

"Brutal, sad, funny, and disarmingly sweet-natured, Riders of Justice is not so much a revenge movie as a movie about revenge."

"A kind of popcorn movie that doesn't just let wit and storytelling serve as the garnish for big-bang action, but makes that its actual priority."

"A deliciously absurdist, fundamentally serious, even philosophical enterprise that uses a superheated revenge plot to address our common need for making sense out of life."

"Riders of Justice is a film of contradictions, but that's its purpose. With gentle, sensitive humor and pathos dominating the story, it's really about self-justification, as the scientists and the soldier form an unlikely team."

"The film’s significant humor comes from amusingly implausible situations coupled with rapid-paced droll dialogue; its equally sizable heart derives from the script’s respect for society’s outcasts and Jensen’s way of nimbly endowing every character with their own emotional backstory, all in need of healing."

"An expertly handled plot, interweaving lives, coincidence, past trauma and circumstance, is concerned with far more than mere bloody vengeance. Five years since the delirious oddity that was Men & Chicken, Jensen gets members of the old band back together for a thrilling, poignant film which sees writer-director and cast on top form."