A poor village under attack by bandits recruits seven unemployed samurai to help them defend themselves.
Original title: Shichinin no samurai
(NR, 207 min.) 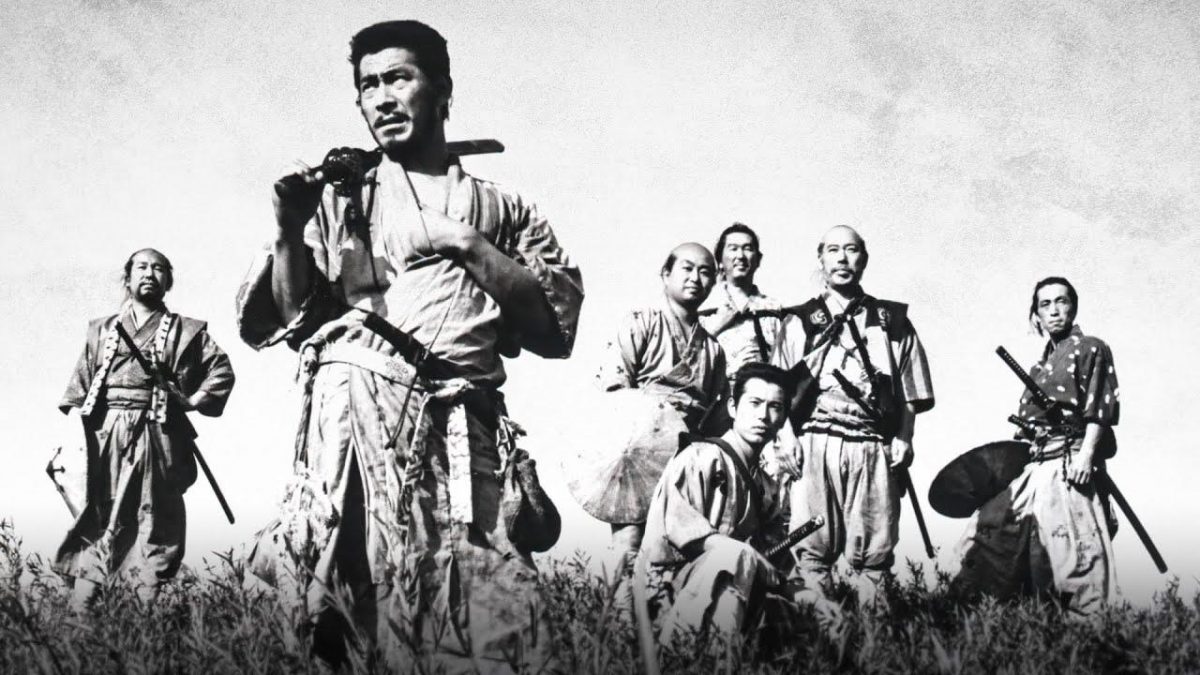 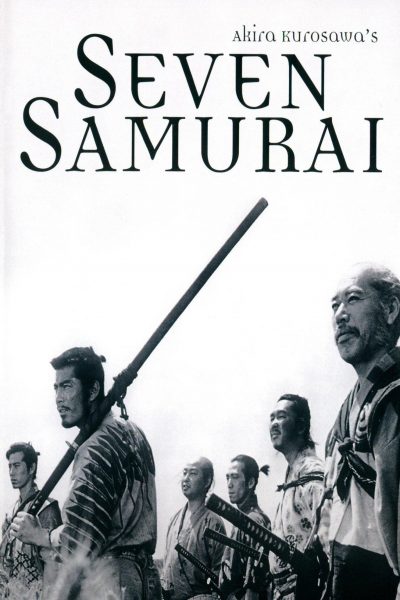 One of the most thrilling movie epics of all time, Seven Samurai (Shichinin no samurai) tells the story of a sixteenth-century village whose desperate inhabitants hire the eponymous warriors to protect them from invading bandits. This three-hour ride from Akira Kurosawa—featuring legendary actors Toshiro Mifune and Takashi Shimura—seamlessly weaves philosophy and entertainment, delicate human emotions and relentless action, into a rich, evocative, and unforgettable tale of courage and hope.
[Janus]

"The greatest action movie ever made."

"The greatest movie ever made about warriors and battle."

"Seven Samurai is an unforgettable masterpiece -- the work of one of the world's greatest filmmakers at the height of his powers."

"It's impossible to imagine how the action genre would have developed without Akira Kurosawa's watershed 1954 movie Seven Samurai."

"The glorious vigour and strength of this film is presented with such theatrical relish and flair: its energy flashes out of the screen like a sword."

"Akira Kurosawa's The Seven Samurai (1954) is not only a great film in its own right, but the source of a genre that would flow through the rest of the century."

"Much imitated, still unsurpassed. By critical consensus one of the best movies ever made, The Seven Samurai covers so much emotional, historical, and cinematic ground that that it demands to be viewed over and over again."

"Rich in detail, vivid in characterization, leisurely in exposition, this 207-minute epic is bravura filmmaking -- a brilliant yet facile synthesis of Hollywood pictorialism, Soviet montage, and Japanese theatricality that could be a B western transposed to Mars."

"On that simple framework and familiar story line, director Kurosawa has plastered a wealth of rich detail, which brilliantly illuminates his characters and the kind of action in which they are involved. He has loaded his film with unusual and exciting physical incidents and made the whole thing graphic in a hard, realistic western style."