New York Times reporters Megan Twohey and Jodi Kantor break one of the most important stories in a generation — a story that helped launch the #MeToo movement and shattered decades of silence around the subject of sexual assault in Hollywood. (R, 128 min.) 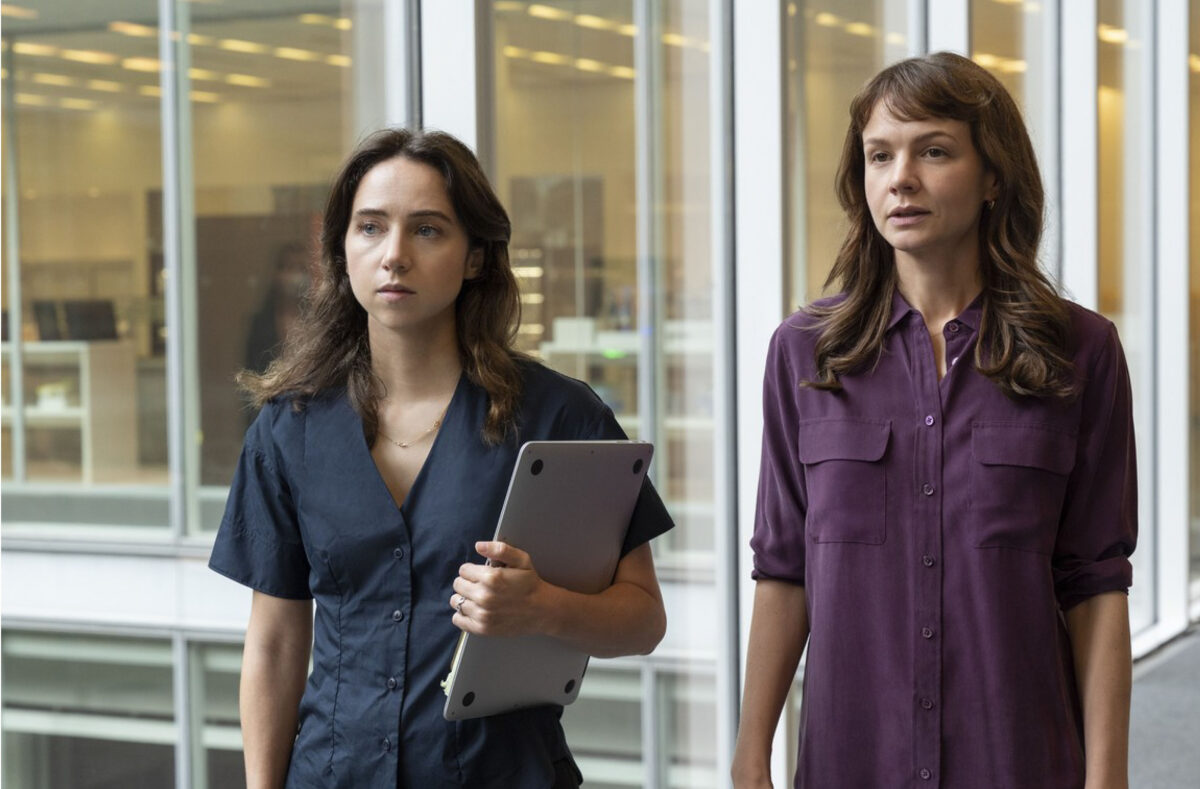 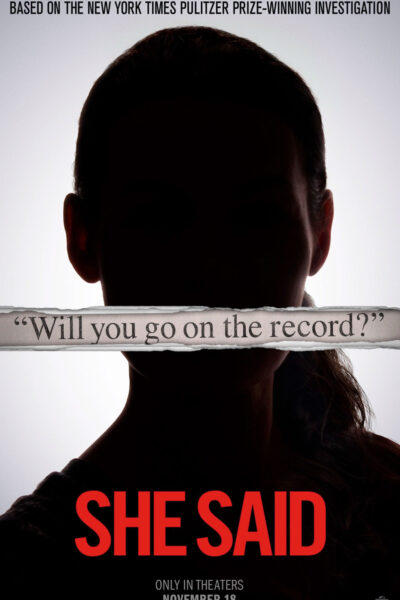 A testament to the power of investigative journalism, She Said details the journey of reporters and editors engaged in the unrelenting pursuit of the truth and highlights the courage of survivors and witnesses who chose to come forward to stop a serial predator in his tracks. Together, their commitment and fortitude sparked a national conversation, helped propel the #MeToo movement, and fueled a reckoning of the system that had enabled him.

Two-time Academy Award® nominee Carey Mulligan (Promising Young Woman, An Education) and Zoe Kazan (The Plot Against America, The Big Sick) star as New York Times reporters Megan Twohey and Jodi Kantor, who together broke one of the most important stories in a generation— a story that shattered decades of silence around the subject of sexual assault in Hollywood and altered American culture forever.
[Universal]

"It's powerful stuff, made all the more haunting by the fact that history is very much the present."

"You watch. You listen. You learn. A reckoning, regarding the maltreatment of women, happens right before your eyes. Astounding drama."

"A marvel. It’s not smug or preachy and gives space to the non-glamorous figures, many of them men, who helped Twohey and Kantor in their quest."

"She Said delivers on the dopamine hits of a journalism movie: proficient pace (the film runs just over two hours but feels shorter), tactile work, the thrill of pavement pounded into revelation."

"As the camera lingers on the dreadful scenes of an abuser’s hotel room, women’s voices fill the space he once inhabited. Survivors become bigger, louder, and more powerful, with their own enduring cinematic legacy."

"That Weinstein’s downfall was the product of diligent reporting, dogged persistence, and the resilience of a few brave souls is essential to remember. In Maria Schrader’s artful and incendiary She Said, we’re reminded of something else that makes for one hell of a movie: It was women who did it."

"'Can I quote you?' As it did throughout Jodi Kantor and Meghan Twohey’s intrepid investigative journalism for the New York Times, that question reverberates in Maria Schrader’s She Said, an understated, polished procedural that chronicles the way two reporters exposed Hollywood mega-producer Harvey Weinstein’s decades of sexual abuse and assault."