An Iranian man drives his truck in search of someone who will quietly bury him under a cherry tree after he commits suicide.
Original title: Ta'm e guilass
(NR, 95 min.) 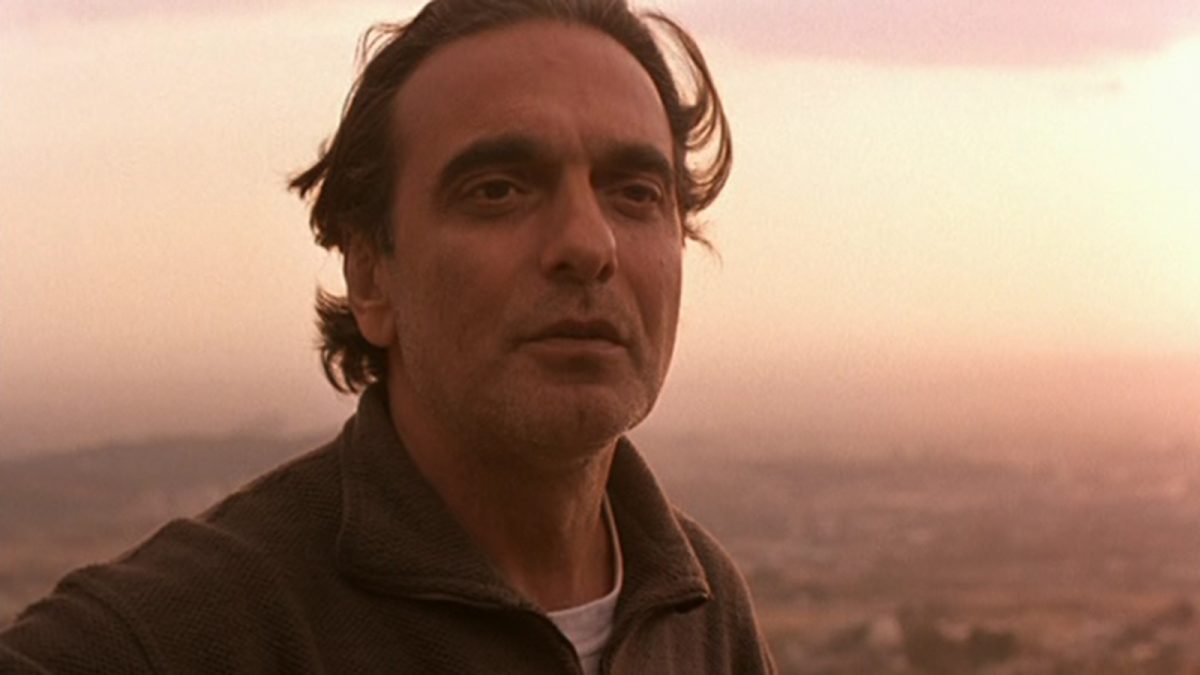 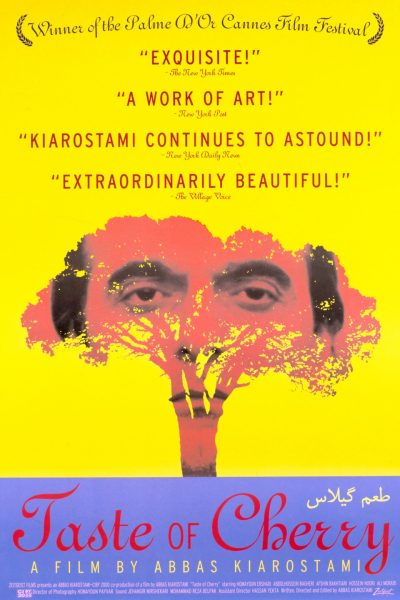 Winner of the Palme d’Or at the 1997 Cannes Film Festival, Iranian auteur Abbas Kiarostami’s _Taste of Cherry_ is an emotionally complex meditation on life and death. Middle-aged Mr. Badii (Homayoun Ershadi) drives through the hilly outskirts of Tehran—searching for someone to rescue or bury him. [Janus]

"Kiarastomi, like no other filmmaker, has a vision of human scale that is simultaneously epic and precisely minuscule."

"At once a compelling human story and an utterly fresh piece of moviemaking, the picture reconfirms Kiarostami's growing reputation as one of world film's most original talents. [20 March 1998]"

"Taste of Cherry evokes sadness without being sentimental, has universal resonance without sacrificing personal immediacy, and generates real drama without resorting to contrivance. [15 May 1998]"

"An exquisite return to cinema at its most intimate, allusive and humanist. Without a firebomb, muscle-bound star or gunfight in sight, it explodes with the most fragile and combustible substance on earth: human nature."

"This outstanding work — so meditative — is clearly an affirmation of life (and never more provocatively than in the film’s unusual coda, in which moviemaking itself becomes part of the discussion). It’s also so grounded in the real emotional scope of ordinary people that the magnitude of the subject is answered in the most mysteriously matter-of-fact way."

"This stunning work by Iran's leading film maker, Abbas Kiarostami, won the grand prize at last year's Cannes festival. Open and simple in its visual style, the film takes place largely in real time, giving it a firmly anchored sense of reality to set against its abstract philosophical concerns. The atmosphere is calm, yet the film is mysteriously, powerfully affirmative. [20 March 1998]"