When she discovers a love letter written to her husband by an unknown paramour, the distraught Eliza turns to her tight-knit Long Island family for advice.
(R, 87 min.) 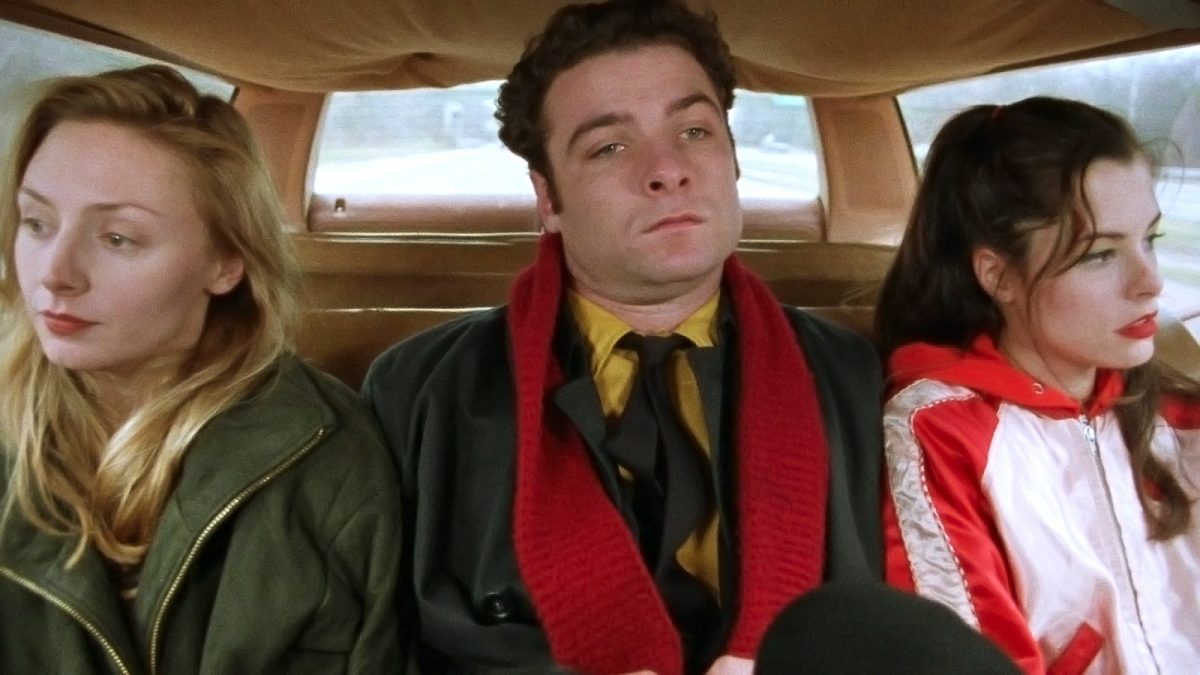 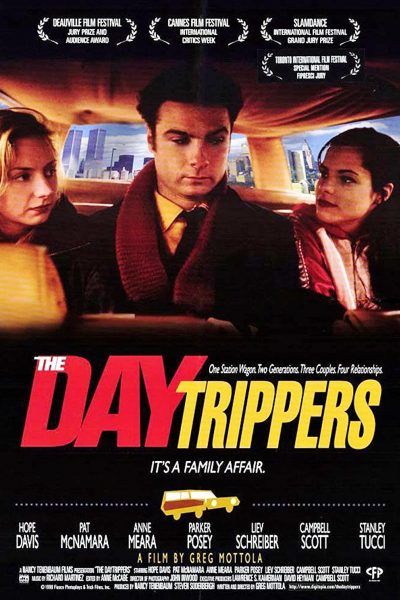 With its droll humor and bittersweet emotional heft, the feature debut of writer-director Greg Mottola announced the arrival of an unassumingly sharp-witted new talent on the 1990s indie film scene. When she discovers a love letter written to her husband (Stanley Tucci) by an unknown paramour, the distraught Eliza (Hope Davis) turns to her tight-knit Long Island family for advice. Soon the entire clan—strong-willed mom (Anne Meara), taciturn dad (Pat McNamara), and jaded sister (Parker Posey) with pretentious boyfriend (Liev Schreiber) in tow—has squeezed into a station wagon and headed into Manhattan to find out the truth, kicking off a one-crazy-day odyssey full of unexpected detours and life-changing revelations. Performed with deadpan virtuosity by a top-flight ensemble cast, The Daytrippers is a wry and piercing look at family bonds stretched to the breaking point.

"Comic-ensemble performance at its darkest."

"The Daytrippers is low-budget perfection, a comedy without a false note and without a flat joke."

"The Daytrippers is an assured debut which engages the brain as well as tweaking the laughter lines."

"Thanks to the superb cast and Mottola's deft touch, this modest-looking comedy proves quite memorable."

"Writer-director Greg Mottola's first feature is a deceptively quiet and funny film that sticks in your memory long after you think you've left the theatre."

"The young writer-director, Greg Mottola, deals forthrightly with trust and betrayal and the destructive tensions in family relationships, whether they're well-worn or freshly hurtful. But he never loses his sense of perspective or humor, and neither does his cast. [04 Apr 1997]"

"The Daytrippers is at its best using parody to paint an incisively humorous picture of a modern American family. We see here just how dysfunctional the typical nuclear family can be, and that "family values" aren't always the solution. Even though The Daytrippers is played primarily for laughs, there's a lot of truth lurking beneath the comic exterior."

"First-time writer-director Greg Mottola has a real feel for characters, a quality that's in disturbingly short supply among young filmmakers. The Malone family could easily be a one-dimensional collection of sitcom caricatures, but by the movie's end they feel like real people. He also pulls off a tricky shift of tone, from pleasant, mild comedy to something far more bitter and haunting."