In 1961, Kempton Bunton, a 60 year old taxi driver, steals Goya's portrait of the Duke of Wellington from the National Gallery in London. (R, 96 min.) 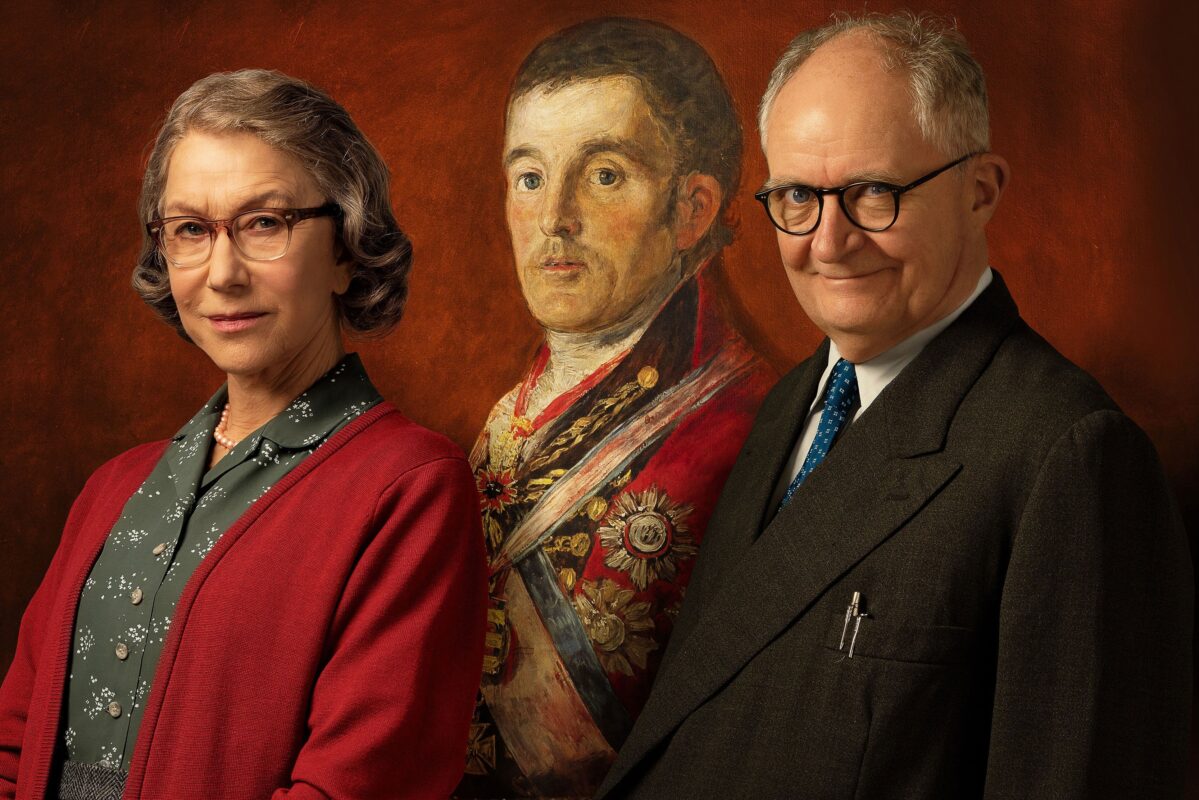 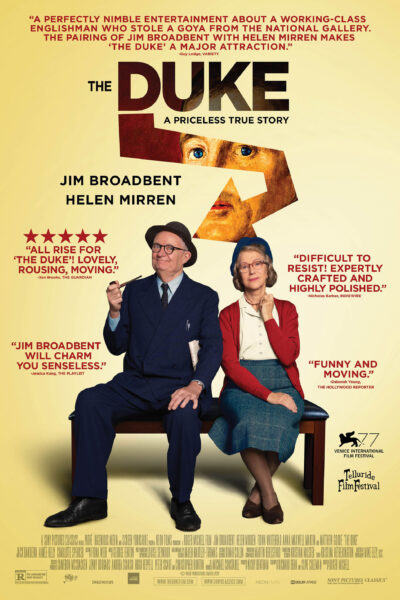 THE DUKE is set in 1961 when Kempton Bunton, a 60-year old taxi driver, stole Goya’s portrait of the Duke of Wellington from the National Gallery in London. It was the first (and remains the only) theft in the Gallery’s history. Kempton sent ransom notes saying that he would return the painting on condition that the government agreed to provide television for free to the elderly. What happened next became the stuff of legend. Only 50 years later did the full story emerge – a startling revelation of how a good man set out to change the world and in so doing saved his son and his marriage. [SPC]

"What a lovely, rousing, finally moving film this is."

"Funny, silly and just a damn good time at the pictures."

"Jim Broadbent could play a vicious despot and still make you wish he was your uncle."

"Throughout everything Broadbent is astounding, both foolish and infuriating, but also deeply sympathetic."

"The Duke sets up a hilarious social satire under the guise of a comedy crime caper, with buckets of British humor."

"The Duke is that rarest of things: a comedy that knows that a twinkle in the eye and a fire in the belly needn’t be mutually exclusive."

"This is one of those snappy, well-formed Brit-coms that one expects to see reworked as a Full Monty- or Kinky Boots-style Broadway show."

"A perfectly nimble, kind-hearted bit of teatime entertainment - ideally tailored to Jim Broadbent in one of his most appealing big-screen roles."

"This is a fitting tribute to Michell, who died last year, and who directs with a light touch throughout, while Broadbent and Mirren are, needless to say, terrific."

"If Jim Broadbent ever felt inclined to commit a high-stakes art heist, The Duke is proof that he would probably get away with it. He’s that disarmingly winsome."

"The one sadness is that this is Michell’s last fiction film, the director having died last year. He left us this warm and quietly subversive movie; a sweet surprise package."

"A lively and engaging account of the unusual 1961 theft of Francisco Goya's portrait of the Duke of Wellington from London's National Gallery and the eccentric do-gooder at the center of it all."

"The kind of heist movie that will steal your affections from under your nose. An Ealing-esque comedy with its heart exactly in the right place, it proves a fitting farewell for the multitalented director, Roger Michell."

"This is the kind of British film with international appeal: the venerable cast, genial tone, inspirational story, and mischievous English eccentricity are all present and correct. Settle in, preferably with a nice cup of tea to hand, and enjoy."

"You could dine on nothing but lard for twenty years and still not develop the hardness of heart necessary to avoid being won over by Roger Michell‘s The Duke, a ridiculously charming British comedy that dunks a gamely accented prestige cast into an appealingly milky true story like so many digestives into a warm, well-earned, early evening cuppa."