An examination on the effect of Franco-era religious schooling and sexual abuse on the lives of two longtime friends.
Original title: La mala educación
(NC-17, 106 min.) 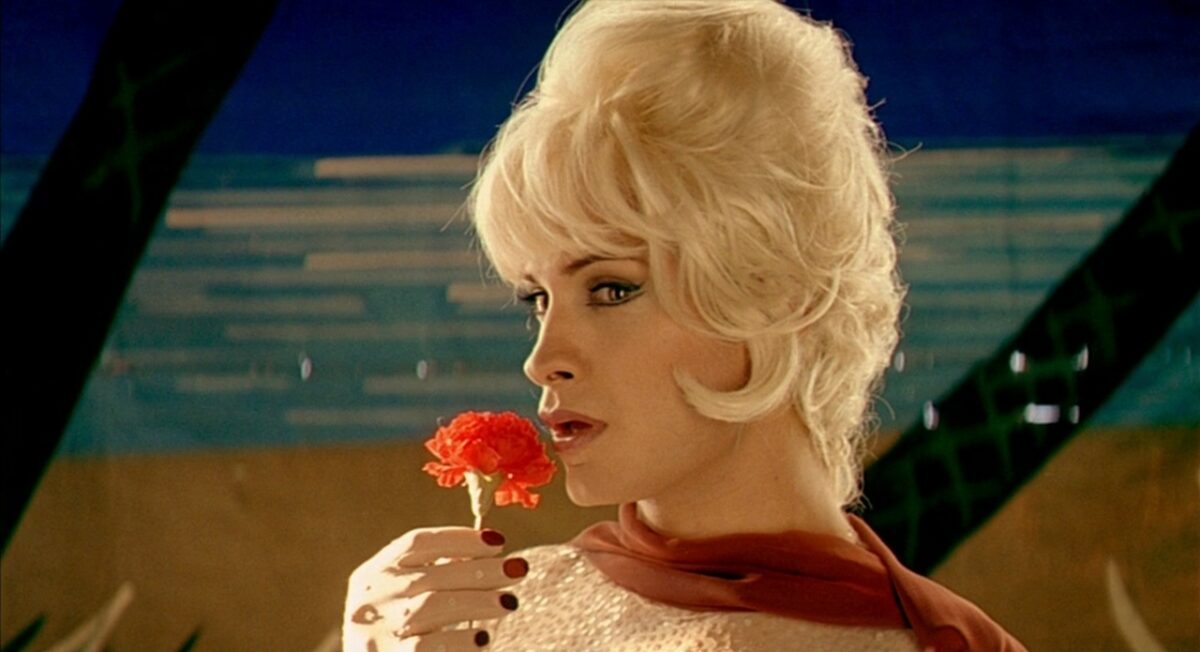 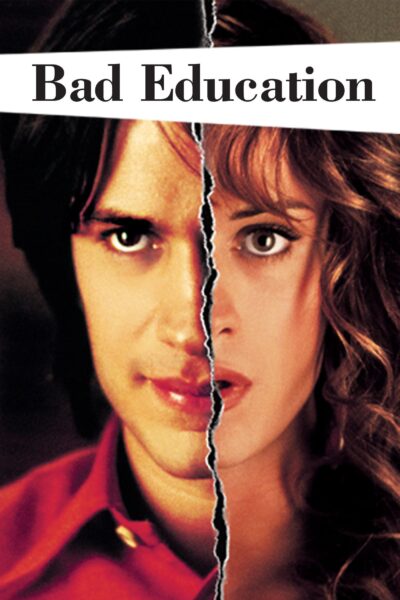 Synopsis:From two-time Academy Award(r)-winner Pedro Almodovar (2002 Best Original Screenplay, Talk to Her, 2000 Best Foreign Language Film, All About My Mother) comes BAD EDUCATION, an outrageous tale of desire, revenge and murder. Filmmaker Enrique (Fele Martínez) gets a visit from an aspiring actor claiming to be his old school friend Ignacio (Gael Garcia Bernal, The Motorcycle Diaries, Y Tu Mama Tambien), who has written a story about their traumatic childhood spent at Catholic school. In the story, adrag performer known as Zahara (also played by Bernal) attempts to blackmail a predatory priest by exposing their scandalous past. The tale provides the inspiration for Enrique¹s next film. But when the villainous priest from their school days arrives on to tell his own version of the events, thetruth is wilder than anything anyone could have imagined. Peter Travers of Rolling Stone raves, "Gael Garcia Bernal is dynamite!" and calls the film "a rapturous masterwork!" [Sony Pictures]

"Owes much to Bernal, who stunningly portrays three distinct personalities."

"With Bad Education, the great Almodóvar delivers the finest movie of his career."

"A dazzling exercise in storytelling -- and a loving tribute to the power of cinema."

"With Bad Education, Almodóvar is at his most breathtakingly complex and mature, and at his most pessimistic."

"This is a brilliantly structured hall of mirrors that wraps Catholicism and the movie industry into a tasty film noir."

"The result is one of Almodovar's darkest films since the early days of 'Law of Desire' and 'Matador,' and certainly one of his finest."

"It still exerts an uncanny power: Like the best of Almodvar's work, it throws you a first-love sucker punch that will stagger your heart, mind, and soul."

"To watch Bad Education is to revel, along with Almodovar, in the power of cinema to take us on journeys of breathtaking mystery and dimension and beauty."

"Almodóvar has created a dense, audacious film in which layers of cinematic artifice lovingly camouflage (at least for a while) its characters’ dark, damaged heart."

"This is a disturbing film that challenges the viewer's comfort. It also challenges you to keep up as it jumps stylistically from comedy to romance to drama to a film noir thriller."

"Bad Education is a voluptuous experience that invites you to gorge on its beauty and vitality, although it has perhaps the darkest ending of any of the films by the Spanish writer and director."

"Almodóvar has never been shy about experimenting with plot structure, but Bad Education is the closest he's ever come to a metamovie, the sort of self-reflective, hall-of-mirrors contraption on which Charlie Kaufman has built his career."

"Bad Education, in this light, is Almodovar's '8-1/2' or 'Day for Night,' a lens through which all of his movies appear as a seamless whole. It's not the story of his actual life but, more excitingly, the deft, witty, bittersweet story of the life of his art."