Three amateur bank robbers plan to hold up a bank. A nice simple robbery: Walk in, take the money, and run. Unfortunately, the supposedly uncomplicated heist suddenly becomes a bizarre nightmare as everything that could go wrong does.
(R, 125 min.) 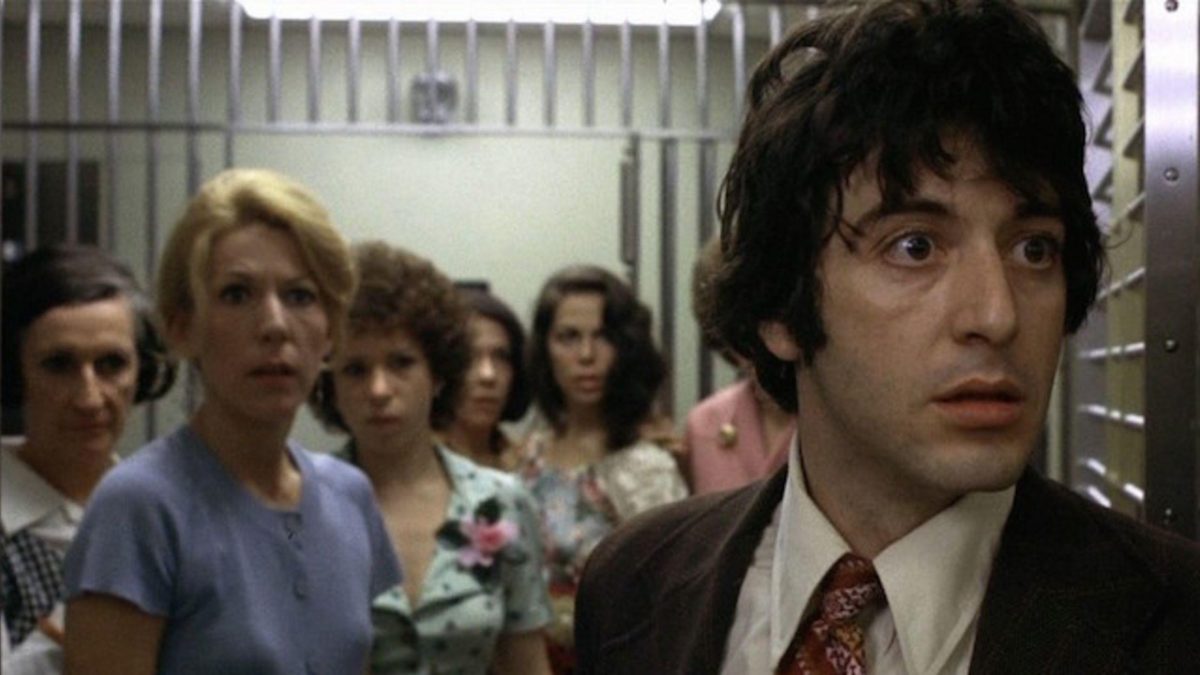 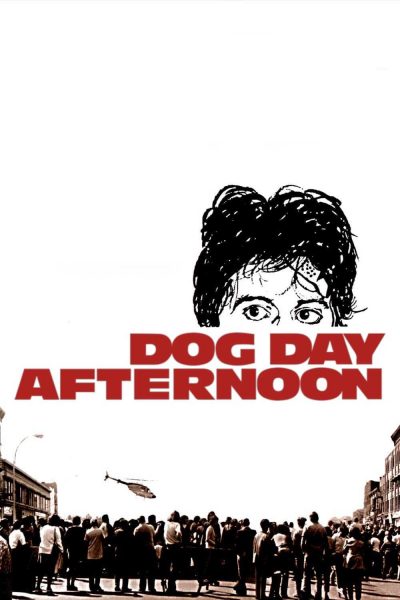 When inexperienced criminal Sonny Wortzik (Al Pacino) leads a bank robbery in Brooklyn, things quickly go wrong, and a hostage situation develops. As Sonny and his accomplice, Sal Naturile (John Cazale), try desperately to remain in control, a media circus develops and the FBI arrives, creating even more tension. Gradually, Sonny's surprising motivations behind the robbery are revealed, and his standoff with law enforcement moves toward its inevitable end.
[Rotten Tomatoes]

"One of the best 'New York' movies ever made."

"Pacino simmers in this daring and brilliantly constructed treatise on the many facets of a crime."

"Sonny isn't explained or analyzed - just presented. He becomes one of the most interesting modern movie characters..."

"The entire cast is excellent, top to bottom. Dog Day Afternoon is, in the whole as well as the parts, film-making at its best."

"For all of its social, political and cinematic significance, Dog Day Afternoon is a terrifically entertaining and emotionally devastating film to boot."

"Dog Day Afternoon is a melodrama, based on fact, about a disastrously illplanned Brooklyn bank robbery, and it's beautifully acted by performers who appear to have grown up on the city's sidewalks in the heat and hopelessness of an endless midsummer."

"Dog Day Afternoon is a frank social melodrama that’s also a celebration of quotidian bravery. The camera might linger on guns and barely restrained violence, but it also dwells upon the love and the support that’s extended in the weirdest and most unexpected of places."

"The film's tone is extraordinarily flexible, holding within the same reality elements of the absurd, the ridiculous and the comic while sustaining a sense of tension and dread throughout. This is, of course, one of the classic Pacino roles - he's so appealing - but don't overlook the late John Cazale as his accomplice, who gives us a character who's stupid and scared, troubled and dangerous, and disturbingly inscrutable."