Two bikers head from L.A. to New Orleans through the open country and desert lands, and along the way they meet a man who bridges a counter-culture gap of which they had been unaware.
(R, 95 min.) 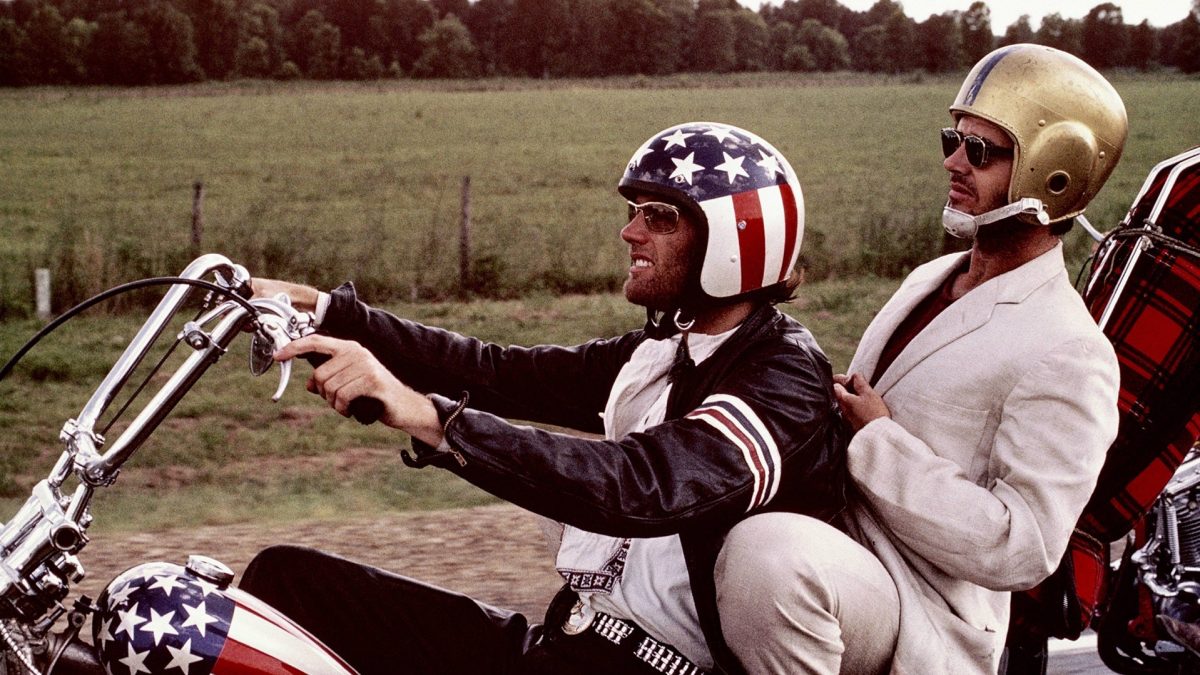 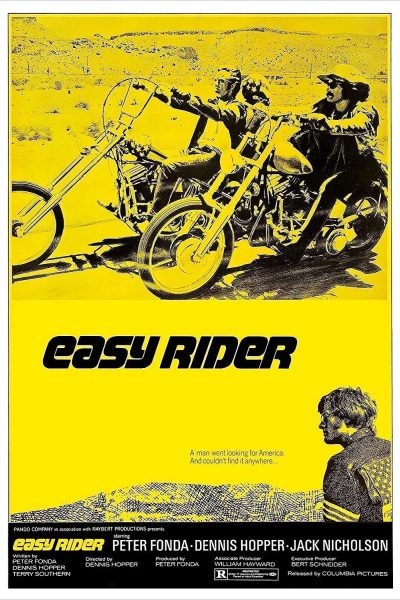 This is the definitive counterculture blockbuster. The down-and-dirty directorial debut of former clean-cut teen star Dennis Hopper, Easy Rider heralded the arrival of a new voice in film, one pitched angrily against the mainstream. After the film’s cross-country journey—with its radical, New Wave–style editing, outsider-rock soundtrack, revelatory performance by a young Jack Nicholson, and explosive ending—the American road trip would never be the same. [Criterion]

"Fonda and Hopper, it should by this time go without saying, give immense performances."

"Not only emblematic of independent American cinema, but, released in 1969, is the definitive statement on the death of the 60s."

"Easy Rider is very likely the clearest and most disturbing presentation of the angry estrangement of American youth to be brought to the screen."

"This legendary tale of a motorcycle odyssey gone wrong remains timeless for its diagnosing of the early stages of a social ennui that has now fully bloomed."

"Someday it was inevitable that a great film would come along, utilizing the motorcycle genre, the same way the great Westerns suddenly made everyone realize they were a legitimate American art form, Easy Rider is the picture. It plays today more as a period piece than as living cinema, but it captures so surely the tone and look of that moment in time."