A dropout from upper-class America picks up work along the way on oil rigs when his life isn't spent in a squalid succession of bars, motels, and other points of interest.
(R, 98 min.) 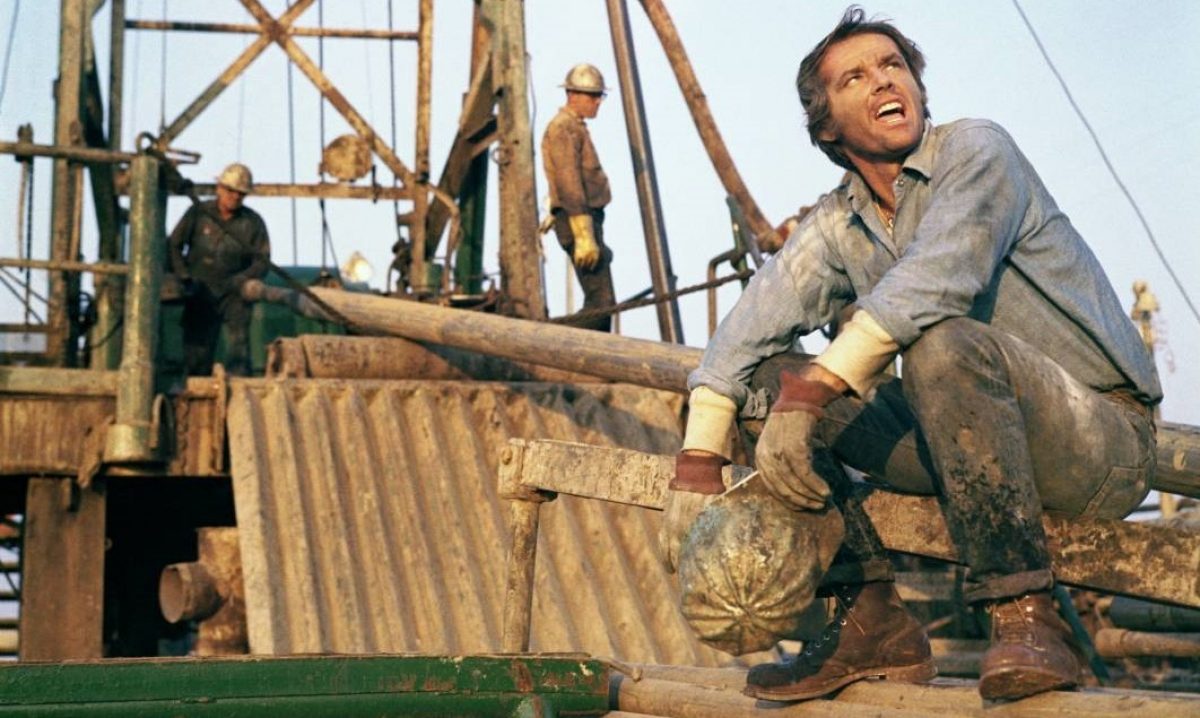 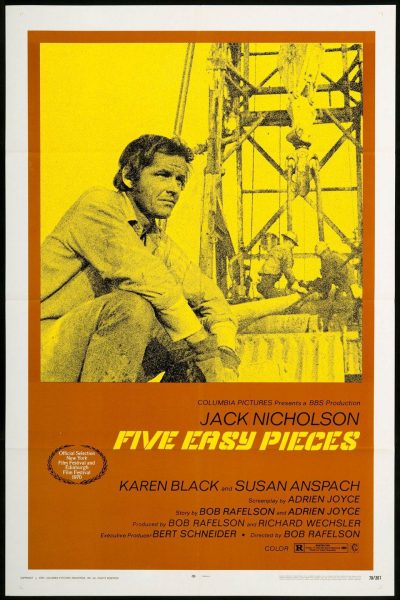 "A masterpiece of heartbreaking intensity."

"It’s a great work of the Discover America Seventies."

"This superbly composed film comes as close to perfection as it gets."

"Deceptively simple, Pieces is one of the most complex pictures of the 1970s."

"If the function of art is to help an audience feel less alone, then Five Easy Pieces succeeds beautifully."

"Five Easy Pieces is the very definition of a character study, and one of the best American cinema has produced."

"It’s a film of stark, superbly judged and beautifully sustained contrasts, the soundtrack hopping confidently from Tammy Wynette to Chopin as Bobby and his waitress girlfriend Rayette (Karen Black) travel from the lusty, sun-baked south to the cerebral, rainswept north to pay final respects to Bobby’s dying father."

"What is more striking about the film is that its secondary characters are also real. The acting appears to be non-acting. . . . Karen Black is a letter-perfect Rayette, and Lois Smith, as Robert's sister, gives the most sensitive small performance in the film. (Jack) Nicholson makes it all go. He proves he is more than a character actor with many scenes, especially the confrontation with his father."