A flight attendant with a criminal past gets nabbed by the ATF for smuggling. Under pressure to become an informant against the drug dealer she works for, she must find a way to secure her future without getting killed. (R, 154 min.) 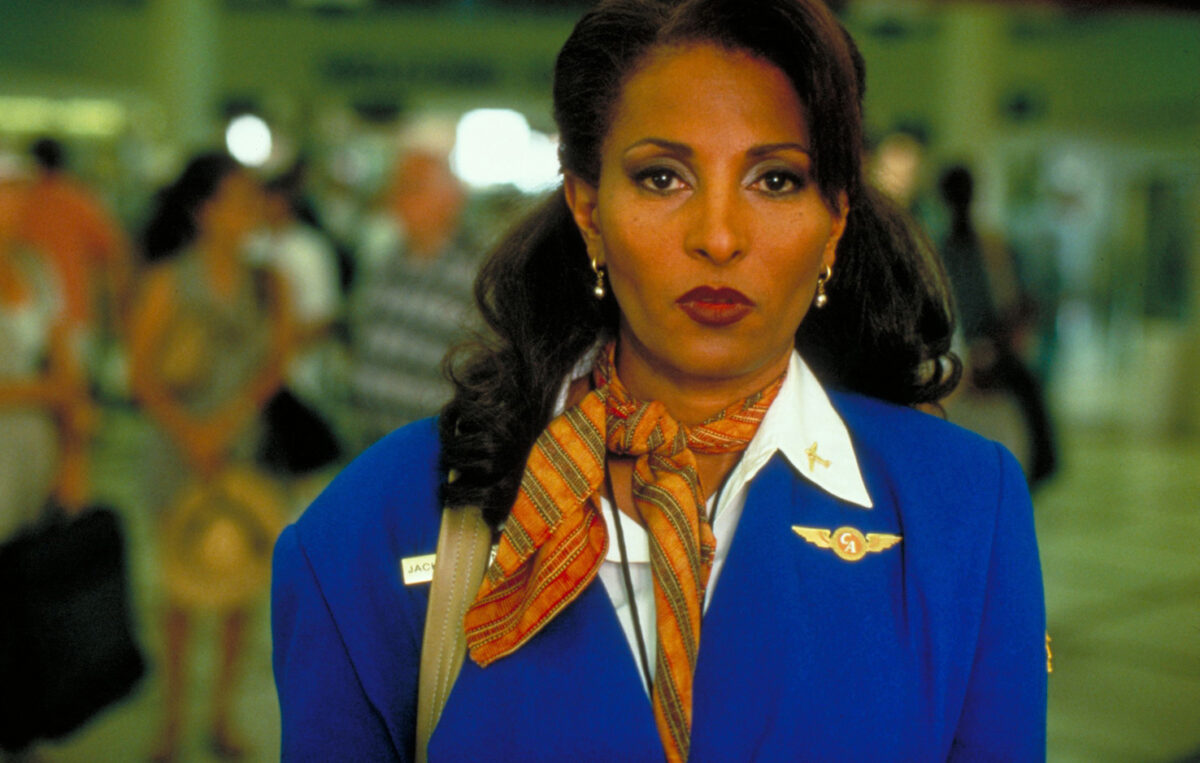 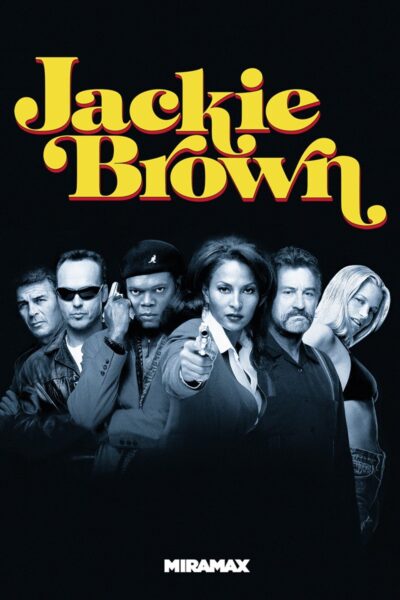 Synopsis: Jackie Brown supplements her meager income as a stewardess by smuggling cash into the U.S. for gunrunner Ordell Robbie--until the day an ATF agent and an L.A. cop bust her at the airport. The cops pressure her to help them bring down Ordell, threatening prison if she refuses. With a sympathetic bailbondsman, Jackie arrives at a bold plan to play the opposing forces against each other. Matters are complicated by Ordell's confederates, Louis Gara and Melanie Ralston who have agendas of their own. By appearing to cooperate with both sides, Jackie attempts to outfox them both and walk away with a half million dollar payday. [Miramax]

"Beyond the grasp of most directors, this is tour de force stuff."

"'Jackie Brown' may be the only Quentin Tarantino movie that gets noticeably better with each viewing."

"Pam Grier is at her best recapturing the type of role that made her a bonafide star in '70s blaxploitation movies like Foxy Brown."

"Tarantino has once again defied the critics and produced a movie that solidly establishes him as still the most important filmmaker of the decade."

"It's a straight-ahead caper flick, very cool, and very, very Seventies (although it takes place in 1995), from production and costume design on down to the soundtrack."

"You savor every moment of Jackie Brown. Those who say it is too long have developed cinematic attention deficit disorder. I wanted these characters to live, talk, deceive and scheme for hours and hours."

"In the years since its release the film has grown in reputation and stature, feeling like a slow song of soul throughout. One of Tarantino’s very best films and a superb character study of one Jackie Brown."

"Filled with funny, gritty Tarantino lowlife gab and a respectable body count, but what is most striking is the film's gallantry and sweetness. Tarantino hits some new and touching notes with Grier and Forster."

"In the end, Jackie Brown is a nothing less than a love letter to Grier, who delivers the turn of her life – going from harried working girl, to purring sex kitten, to gun-toting badass, sometimes all in the same scene."

"Its greatest assets are imaginative camera work and top-flight performances from Pam Grier as the heroine, Samuel L. Jackson as the deadly boyfriend, and Robert Forster as the bail-bondsman who falls battily in love with her."

"Both Grier and especially Forster are spot-on in their roles, trading sexy stares and duplicitous grins every other frame, while Jackson proves once again just how commanding a screen presence he is and Keaton comes out of nowhere with his slyest, coolest turn since he donned Batman's dark cowl. Anyone expecting Pulp Fiction redux -- or even a new litter of Reservoir Dogs -- is in for a surprise. Totally different in style and tact from both of those films, Jackie Brown is nonetheless one cool ride."