A tale of nineteenth-century New York high society in which a young lawyer falls in love with a woman separated from her husband, while he is engaged to the woman's cousin. (PG, 139 min.) 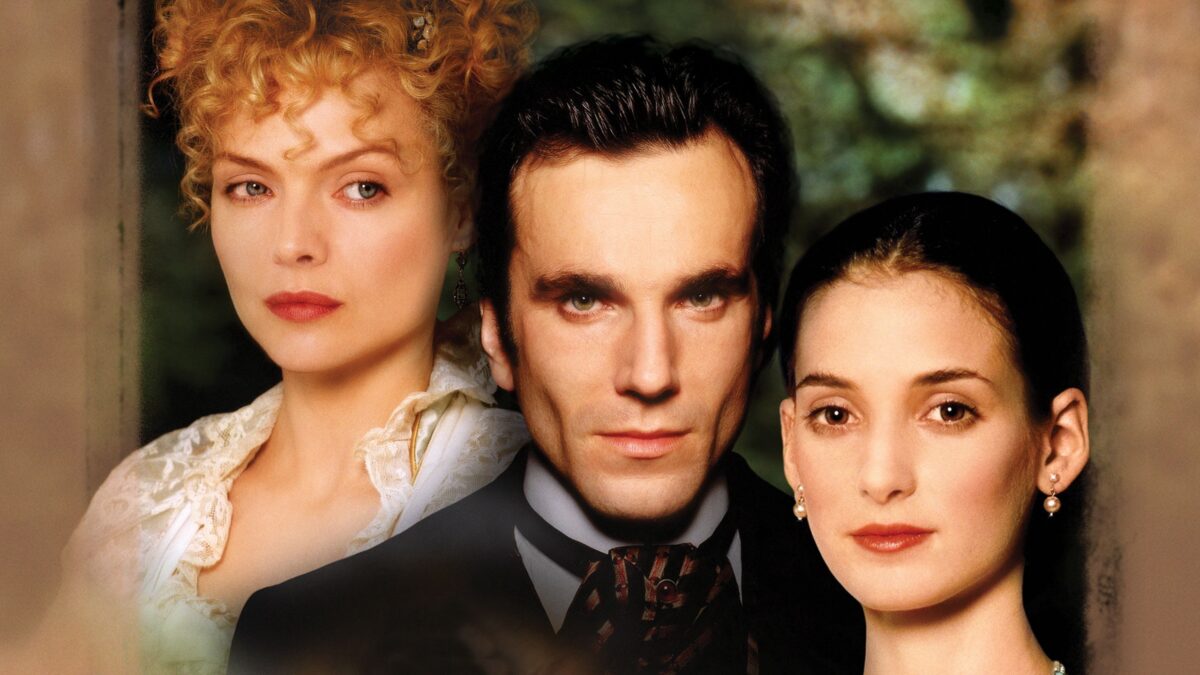 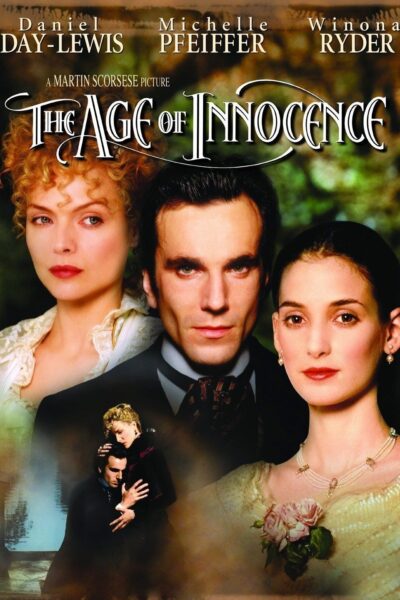 Synopsis: Martin Scorsese, one of the great directors of our time, directs Oscar®-winner Daniel Day-Lewis (1989 Best Actor, My Left Foot), Michelle Pfeiffer and Winona Ryder in a brilliant adaptation of Edith Wharton's Pulitzer Prize-winning novel. A ravishing romance about three wealthy New Yorkers caught in a tragic love triangle, the ironically-titled story chronicles the grandeur and hypocrisy of high society in the 1870s. At the center of the film is Newland Archer (Day-Lewis), an upstanding attorney who secretly longs for a more passionate life. Engaged to the lovely but ordinary socialite May Welland (Ryder), Newland resigns himself to a life of quiet complacency. But when May's unconventional cousin returns to New York amid social and sexual scandal, Newland risks everything for a chance at true love. THE AGE OF INNOCENCE is a spellbinding portrait of hidden romance and regret.
[Sony Pictures Entertainment]

"A feast for the senses."

"An extraordinarily sumptuous piece of filmmaking."

"It's a beautiful story that extends past the boundaries of time."

"Day-Lewis and Pfeifer are on top form with Ryder giving the performance of her career."

"A beautifully done adaptation of the novel, polished, elegant and completely cinematic."

"Scorsese shows he can flex an entirely different set of muscles and still make a great movie."

"Thoughtful and reflective, it stands with the most exquisitely crafted films in recent memory, joining eloquently conceived images to an uncommonly literate screenplay."

"A great, velvety, beautiful anachronism. It's a movie almost drunk on romance, literature and cinema, a splendid period picture that keeps rashly breaking rules and boundaries."

"The Age of Innocence remains a consistent spellbinder, laying bare its inhabitants’ follies and furies with a tender touch and a vigilant quietude that accumulates into a grand force."

"It comes eerily close to duplicating the experience of reading while, at the same time, remaining very much a motion picture. That's a rare, perhaps even unprecedented, achievement."

"The finished film is graceful, gripping and more accessible than several of Scorsese's contemporary New York movies. Scorsese has created a model adaptation that manages to be both remarkably faithful to its source and more audience-friendly than the Merchant/Ivory movies to which it will be compared."

"I love all those close-ups of fires blazing when the mood gets frosty. I love the lavish operas they attend, using the glasses to spy on each other. I love Elmer Bernstein's score, its ghostly waltzes and the way it seems to inspire the birds to soar upwards in the final heartbreaking scene in Paris, Wharton's adopted home."