A laconic, chain-smoking barber blackmails his wife's boss and lover for money to invest in dry cleaning, but his plan goes terribly wrong. (R, 116 min.) 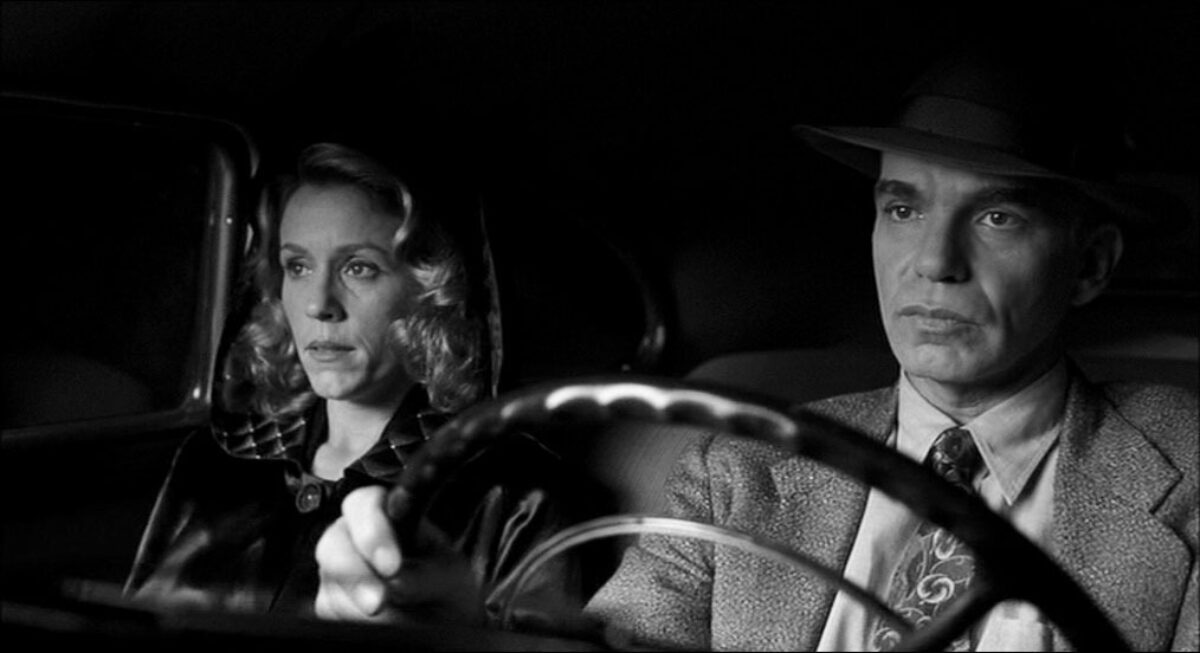 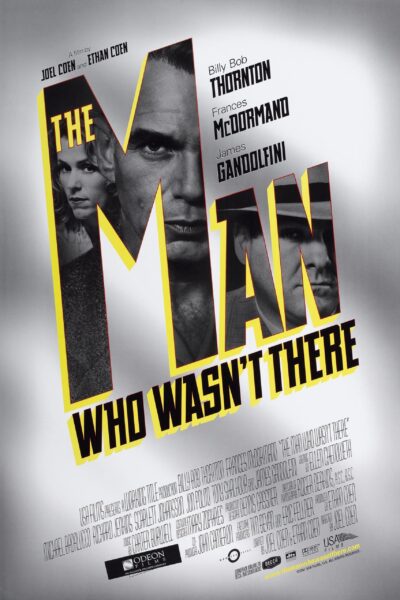 Synopsis: A dark tale of infidelity and murder, crime and punishment. Set in a small northern California town of the late 40s, the film portrays Ed Crane (Billy Bob Thornton), a barber dissatisfied with his life. His wife Doris' (Frances McDormand) infidelity presents Ed with an opportunity for blackmail that he thinks will help him to change it. However, Ed's scheme unravels and lays bare even darker secrets. [RT]

"A loving tribute to midcentury cinema."

"Technically, it's the Coens' most accomplished work to date."

"I felt so thoroughly inside this environment I almost didn't need a story."

"Steadily engrossing and devilishly funny, and, o brother, does it look sharp."

"It's the best-looking film of the year, hands down, and Thornton is dazzling."

"The film is marvelous fun on its own terms -- I laughed all the way through it."

"When you're in the hands of the Coen brothers, you're in for sheer originality."

"An unconventional, unpredictable thriller that Hitchcock probably would have enjoyed."

"a gripping, unusual and challenging work from the most consistently brilliant filmmakers of the last decade."

"For all its long shadows and ominous atmosphere, this is a very funny movie -- as funny as the Coens' masterful 'Fargo.'"

"A lovingly done recreation of the classic, brooding film noir visual style, reeking with atmosphere and gloriously black and white."

"So assured and perceptive in its style, so loving, so intensely right, that if you can receive on that frequency, the film is like a voluptuous feast."

"It's an entirely conceived work of art, dark and hopeless and maybe even callous, but glittering and wonderful in its determination and in its craft."

"It's the latest and one of the best entries in a genre whose highest philosophical expression is the whiplash realization that the universe doesn't play fair."

"Like all the Coens' movies, 'Man' is supremely self-aware and darkly, hellishly funny. It's also brilliantly written and acted to a fare-thee-well by an outrageously good cast."

"The Coens have used the noir idiom to fashion a haunting, beautifully made movie that refers to nothing outside itself and that disperses like a vapor as soon as it's over."

"If this were not such great American-vernacular moviemaking -- hilarious yet hypnotic -- one would be tempted to see something Greek in the tragedy that Ed never comprehends."