After her death, a mother returns to her home town in order to fix the situations she couldn't resolve during her life.
(R, 121 min.) 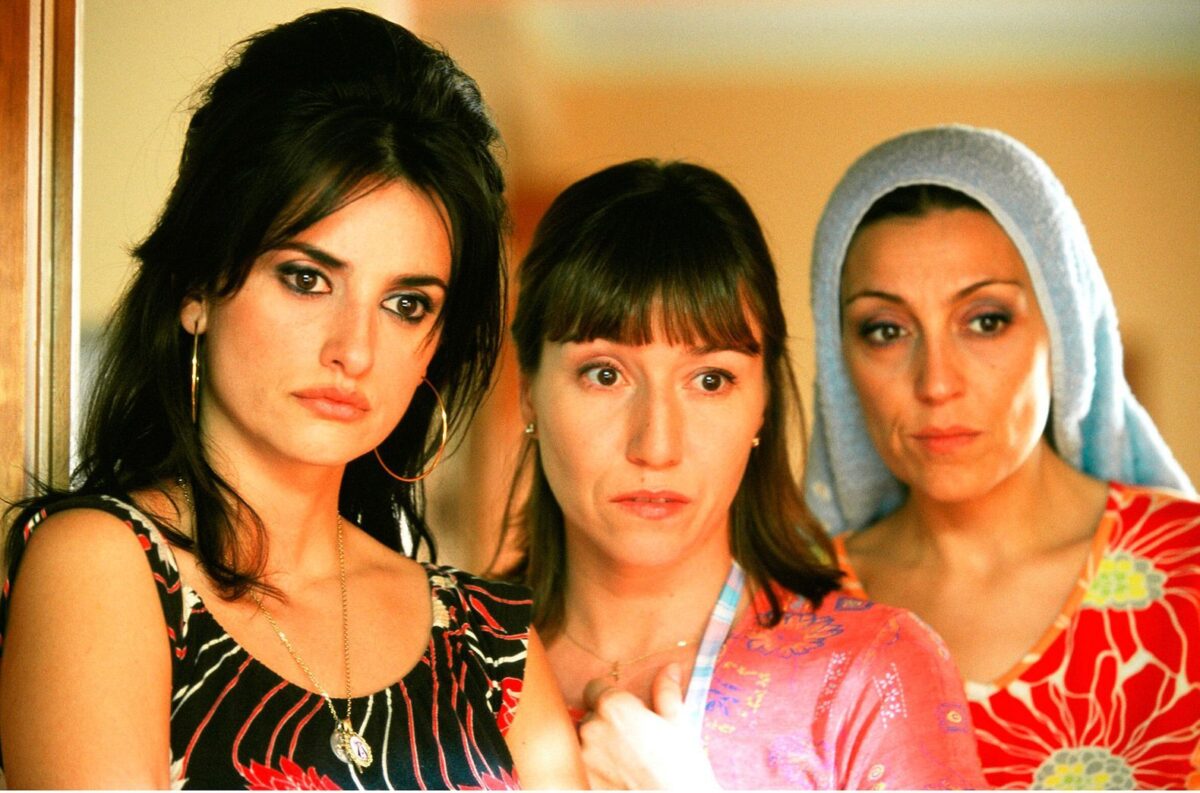 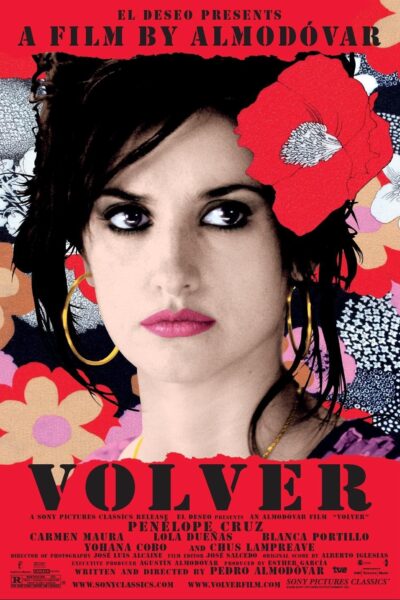 Synopsis: From two-time Academy Award(r)-winner Pedro Almodóvar (2003, Best Original Screenplay, Talk to Her; 2000, Best Foreign Language Film, All About My Mother) comes VOLVER, a comedic and compassionate tribute to women and their resilience in the face of life's most outrageous tribulations. A luminous Penélope Cruz leads an ensemble of gifted actresses, including Carmen Maura (Women on the Verge of a Nervous Breakdown). Raimunda (Cruz) and her sister Sole lost their parents in a tragic fire years ago...or did they? Superstitious villagers claim that the girls' departed mother, Irene (Maura), has been seen wandering around their Aunt Paula's home. When Irene appears to Sole, she explains that she has returned to set right her daughters' troubled lives and reveal shocking secrets that will impact everyone! Raimunda has "female troubles" of her own, least of which is a corpse in the freezer! Winner of numerous film festival and critics' awards, VOLVER is a hilarious tale of love, loss and forgiveness.
[Sony Pictures]

"Funny as it is fierce, breathtaking as it is life-affirming."

"As emotionally devastating as it is visually stunning."

"Penelope Cruz is sensational in Volver - she's its lifeblood, its raison d'etre and its meaning."

"It's very difficult to mesh fantasy with reality, but with great charm and a light touch, Almodovar shows exactly how it should be done."

"Volver qualifies as a must-see movie for the director's fans or for those who wish to admire one of the greatest living cinema artists."

"With this, possibly his most subdued film, Almodo´var reinforces his status as one of the most distinctive and talented filmmakers working today."

"This all makes for a deeply entertaining experience that engages our hearts as well as our funny bones. And it's gratifying to see Cruz finally get her due."

"Almodóvar has crafted an instant classic. Volver is miraculous, a joyous enterprise running the emotional gauntlet like no other melodrama I've seen in ages."

"Almodóvar is still one of the few directors worth watching just for how he uses color on the screen. But the pleasures have always run much deeper, and now they run deeper still."

"Ripe with female characters and embroidered with flourishes that hint at Hollywood's Golden Age, Volver is one of Almodóvar's finest films. It is also one of his most emotionally delightful."

"Each scene is lovingly crafted, with bright colors and the beautiful scenery of La Mancha, the mellifluous cadences of Castilian Spanish, and of course the faces, young and old, of each actress."

"Crammed with outrageous turns of fortune and quicksilver shifts in tone, Almodovar's film is held together by performances so subtle and complex it's hard to single out only one as exceptional. But Cruz is astonishing."

"The great Spanish director's fourth triumph in a row--following 'All About My Mother,' 'Talk to Her' and 'Bad Education'--Volver (which means "coming back") flows effortlessly between peril and poignancy, the real and the surreal, even life and death."

"Volver is Almodovar's passionate tribute to the community of women -- living and dead -- who nurtured him. Through the transformative power of his art -- carried on the wings of Alberto Iglesias' exhilarating score -- we feel their presence. You do not want to miss this one."

"You always get more than one genre with this filmmaker. Volver draws upon all sorts of influences -- a little Hitchcock, a little Douglas Sirk, a little telenovela -- but from those sources Almodovar and his collaborators, both on screen and behind the camera, make an improbably organic whole."

"In Volver, the latest marvel to emerge from his sharp and joyful mind, Almodovar blends autobiography, gossip, melodrama, music, the supernatural and the suffocatingly quotidian in a story about a woman -- indeed, a tribe of women -- struggling through a life of pain and disappointment."

"Peopled with superbly drawn, attractive characters smoothly integrated into a well-turned, low-tricks plotline, Volver may rep Almodovar's most conventional piece to date, but it is also his most reflective, a subdued, sometimes intense and often comic homecoming that celebrates the pueblo and people that shaped his imagination."