The Essentials: Women on the Verge of a Nervous Breakdown (1988) 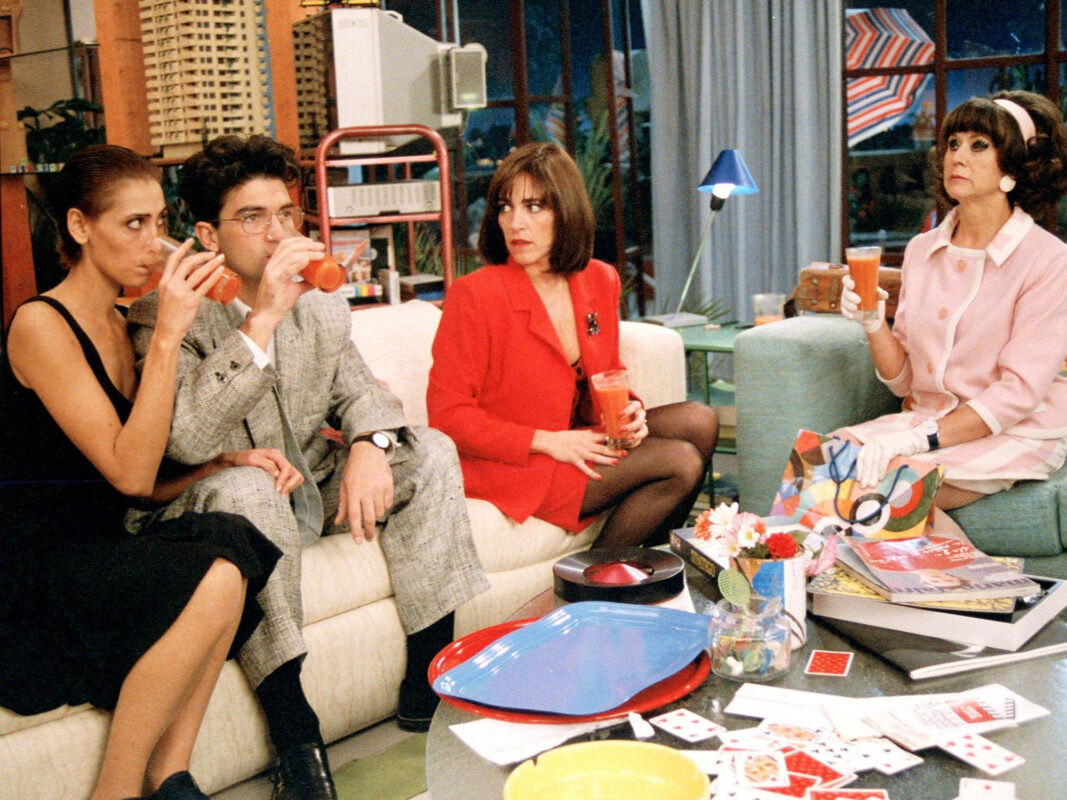 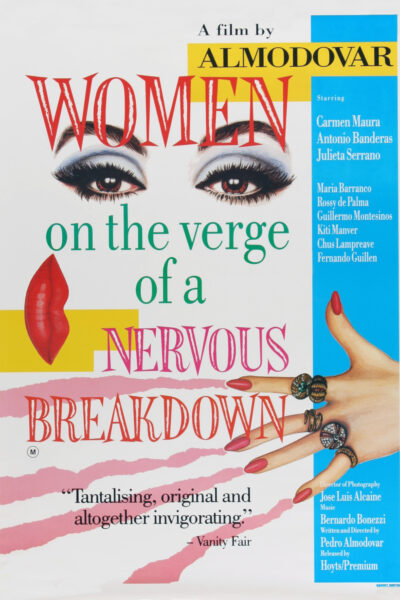 Synopsis: Creating "one of the jauntiest of all war-of-the-sexes comedies" (Pauline Kael), Pedro Almodóvar, Spain's premiere writer-director, creates an off-kilter universe of madness, mayhem and pure fun. Nominated for the 1988 Academy Award® for Best Foreign Language Film, and co-starring Antonio Banderas, Women on the Verge of a Nervous Breakdownis "a wild, wanton, wickedly witty farce! (People)" High atop one of Spain's poshest penthouses, three women have come to the end of their mental ropes. Super-sexy Pepa (Carmen Maura) is forever teetering around atop her skyscraper spikes as she obsesses over Iván (Fernando Guillén), the lover who just jilted her over the answering machine! Her neurotic best friend Candela (María Barranco) is seeking refuge at Pepa's place because she recently realized her lover is a Shiite terrorist. And Iván's ex-wife Lucía (Julieta Serrano) was just released from a 20-year stint in a mental institution. They're all mighty mad -- in fact, they're on the verge of a nervous breakdown?and one of them is about to commit murder unless the other half-crazed femmes fatales can stop her! [Sony Pictures]

"A feminist comedy with real bite; it always brings down the house."

"'Women' slinks devilishly (and expertly) between farce, absurdism and tragedy."

"The film is flushed with bright light and cartoon hues, nicely accenting the fast-paced stew of incidents."

"This is painless sexual politics, a fiendish comedy full of prickles and pain and the bright shiny pinks of a matador's cape."

"Melding melodrama with screwball farce, this Academy Award–nominated black comedy was Pedro Almodóvar’s international breakthrough and secured his place at the vanguard of modern Spanish cinema."

"The women here aren't afraid to get extreme about love, but in the end, you sense that they are too sound to destroy themselves over the worthless man they have allowed to personify it. That's what lifts Women on the Verge of a Nervous Breakdown from the amusing to the sublime."

"Women on the Verge of a Nervous Breakdown, is certainly indebted to the plastic and neon schlock of Hollywood director Frank Tashlin, but the farcical epic of actress Pepa Marcos is closer in innovative energy to the transformations of Fassbinder than to the recycling of Spielberg and De Palma."