A man refuses all assistance from his daughter as he ages. As he tries to make sense of his changing circumstances, he begins to doubt his loved ones, his own mind and even the fabric of his reality.
(PG-13, 97 min.) 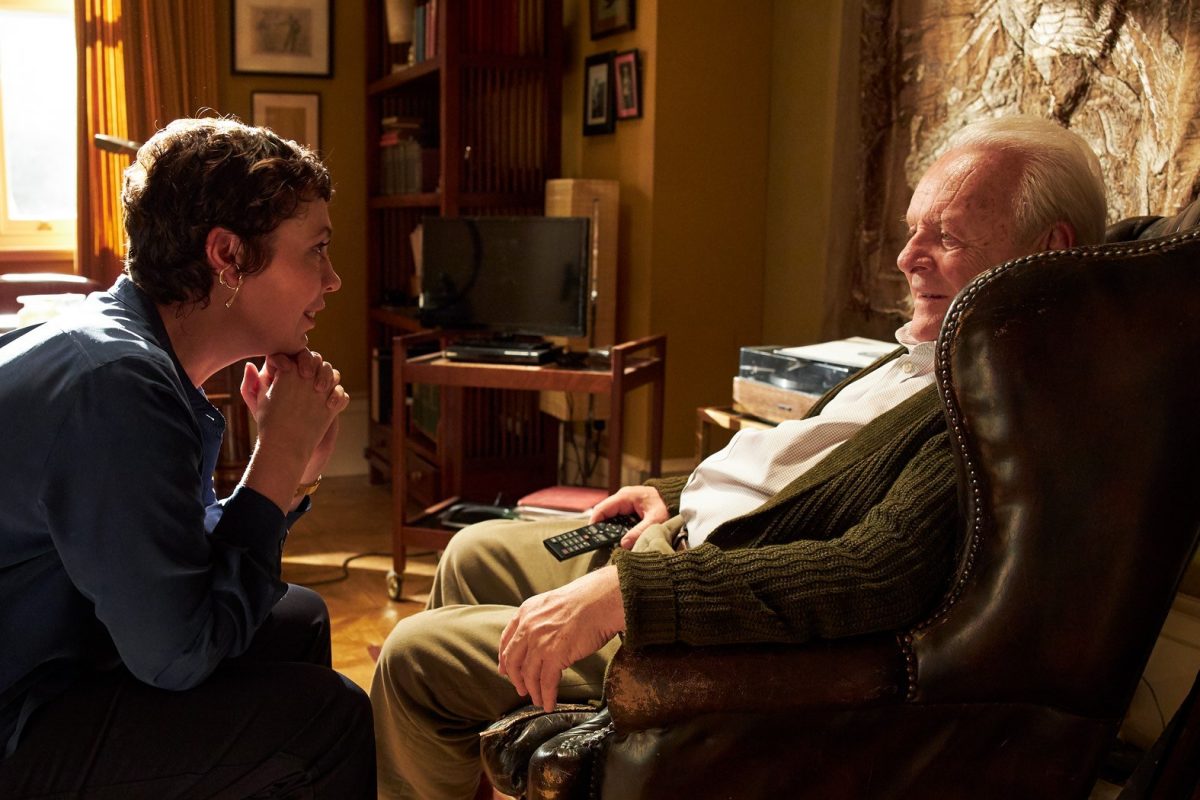 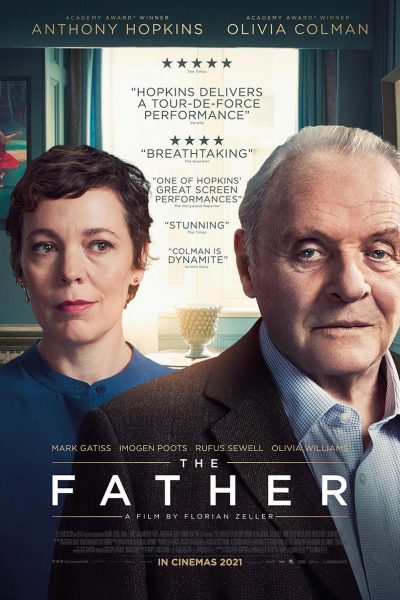 Anthony is 80, mischievous, living defiantly alone and rejecting the carers that his daughter, Anne, encouragingly introduces. Yet help is also becoming a necessity for Anne; she can’t make daily visits anymore and Anthony's grip on reality is unravelling. As we experience the ebb and flow of his memory, how much of his own identity and past can Anthony cling to? How does Anne cope as she grieves the loss of her father, while he still lives and breathes before her? [Metacritic]

"The results are both mind-bending and heart-rending."

"The Father is an act of understanding, radical in its toughness and its generous artistry."

"It’s not an easy watch, but it’s a necessary one, a film that examines the very essence of our humanity."

"The Father is an act of understanding, radical in its toughness and its generous artistry."

"A very inventive and accomplished debut for Zeller: an awesomely difficult subject beautifully, movingly brought to the cinema screen."

"It's a tough watch but a structurally powerful piece of storytelling with a powerhouse performance at its center, matched by a supporting ensemble that doesn't have a weak link."

"Over the course of 97 increasingly grim minutes, Zeller's puzzle-box drama distills the abstract concept of senility into an ontological experience that denies your sympathy at almost every turn."

"The best film about the wages of aging since Amour eight years ago, The Father takes a bracingly insightful, subtle and nuanced look at encroaching dementia and the toll it takes on those in close proximity to the afflicted."

"The Father is a chamber piece, but it has the artistic verve to keep twisting the reality it shows us without becoming a stunt. All the actors in The Father are vivid (Colman brings her role a loving vulnerability that warms you), but Hopkins is flat-out stunning."