Set in 1825, Clare, a young Irish convict woman, chases a British officer through the rugged Tasmanian wilderness, bent on revenge for a terrible act of violence he committed against her family. On the way she enlists the services of an Aboriginal tracker named Billy, who is also marked by trauma from his own violence-filled past.
(R, 136 min.)
* The Nightingale features rape, murder and violent acts of racism. 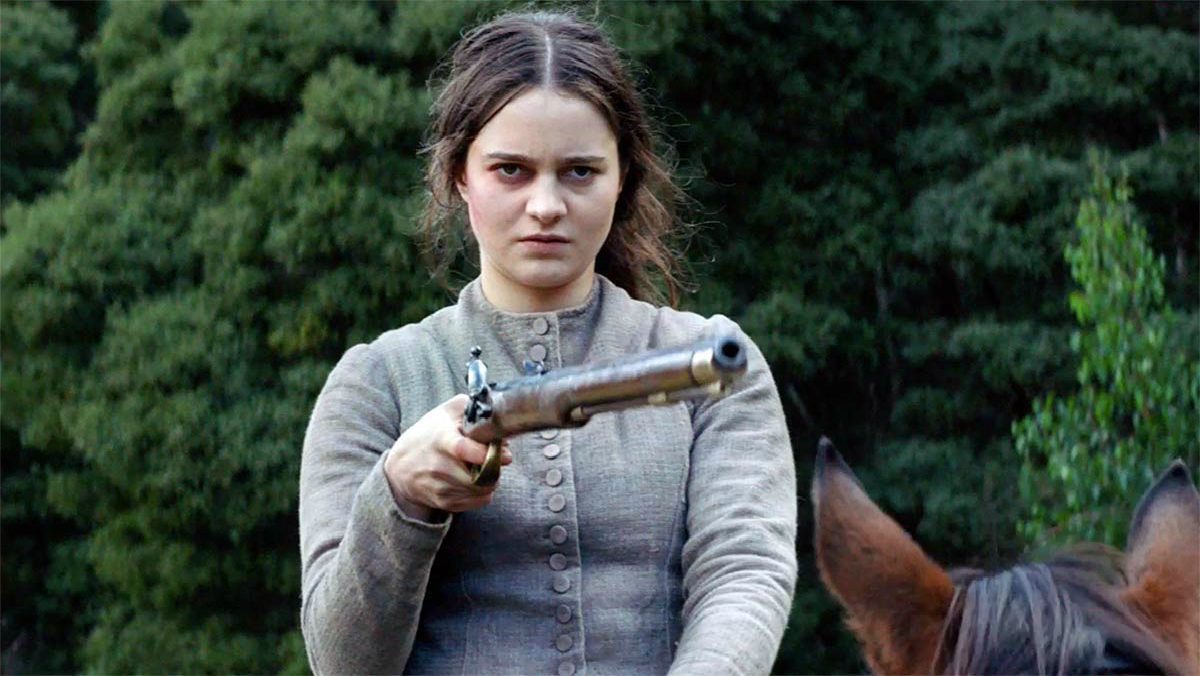 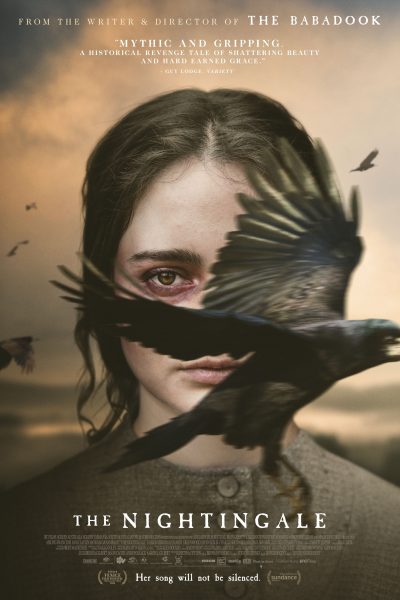 Set during the colonization of Australia in 1825, the film follows Clare (Aisling Franciosi), a 21-year-old Irish convict. Having served her 7-year sentence, she is desperate to be free of her abusive master, Lieutenant Hawkins (Sam Claflin) who refuses to release her from his charge. Clare’s husband Aidan (Michael Sheasby) retaliates and she becomes the victim of a harrowing crime at the hands of the lieutenant and his cronies. When British authorities fail to deliver justice, Clare decides to pursue Hawkins, who leaves his post suddenly to secure a captaincy up north. Unable to find compatriots for her journey, she is forced to enlist the help of a young Aboriginal tracker Billy (Baykali Ganambarr) who grudgingly takes her through the rugged wilderness to track down Hawkins. The terrain and the prevailing hostilities are frightening, as fighting between the original inhabitants of the land and its colonisers plays out in what is now known as ‘The Black War.’ Clare and Billy are hostile towards each other from the outset, both suffering their own traumas and mutual distrust, but as their journey leads them deeper into the wilderness, they must learn to find empathy for one another, while weighing the true cost of revenge. [IFC Films]

*The Nightingale features rape, murder and violent acts of racism.

"One of the most powerful films yet seen about the country's colonial foundation and the cruelties that were an indelible part of it."

"Rooted in an especially lawless moment of Australia's past, Jennifer Kent's impressive follow-up to The Babadook finds a new kind of scary."

"The Nightingale is another triumph for Kent. Not one to aim for more crowd-pleasing material and palatable choices, she directs this visceral and moving revenge picture with a very sure hand."

"Though set in a real place and occurring within a historically accurate framework, The Nightingale often feels like a journey through Hell itself. It’s that punishing. That bleak. That horrific. That haunting. It’s also a powerful, gripping, masterfully filmed tale."

"With “The Babadook” and now The Nightingale, Kent joins the ranks of a few dozen precious filmmakers able to transport us somewhere awful and beautiful, challenging us every step of the way."

"The Nightingale dials into unadulterated rage, while also telling a story of tolerance and understanding. It's a balancing act Kent manages gracefully, and "The Nightingale" is a story that's not easy to shake."

"This is a profound and difficult film, an attempt to grapple with the existence and mindless perpetuation of evil, and to suggest both the fleeting satisfaction and the eternal futility of vengeance. Nothing about it is easy, and everything it shows us matters."

"There’s a tragic, moving resonance to the film’s vision of two marginalized characters—one Black, the other a woman, both stripped of everything—finding common ground in their parallel trauma and resistance. It’s there in the scenes between Franciosi and first-time actor Ganambarr, forging empathy and a mutual respect in the fire of survival, without a hint of bathetic sentimentality."