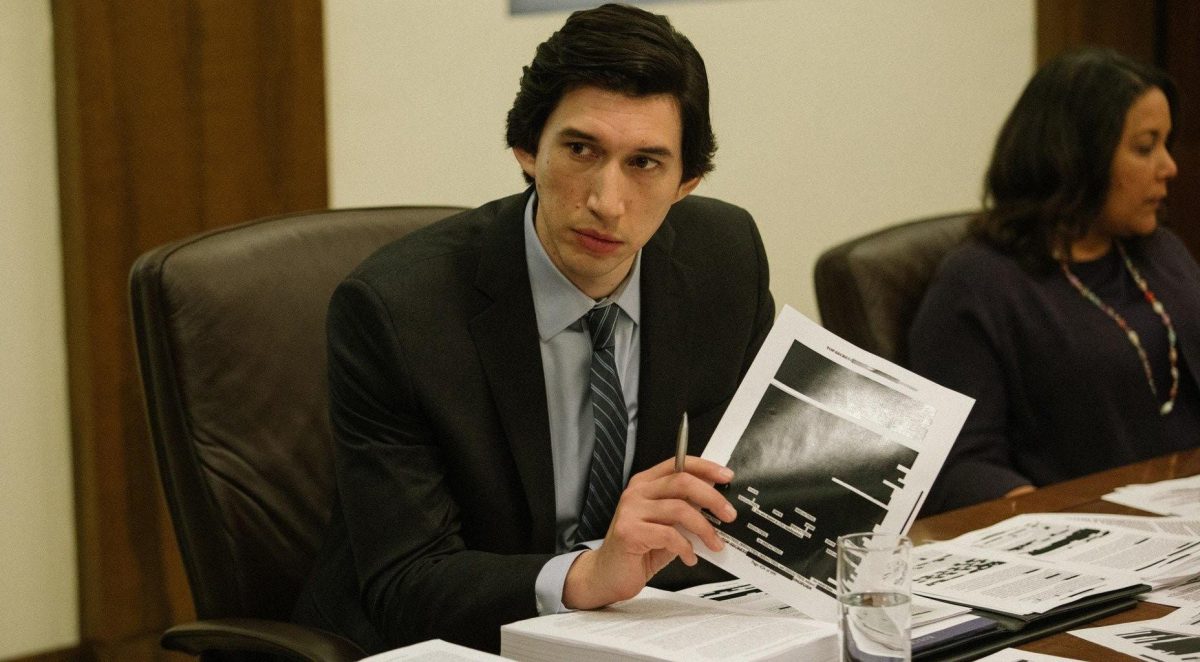 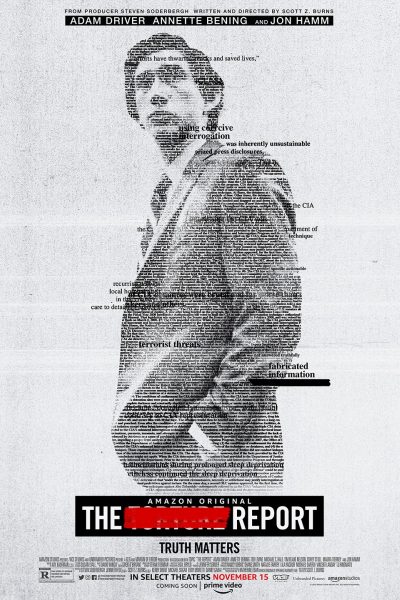 Idealistic staffer Daniel J. Jones (Adam Driver) is tasked by his boss Senator Dianne Feinstein (Annette Bening) to lead an investigation of the CIA's Detention and Interrogation Program, which was created in the aftermath of 9/11. Jones' relentless pursuit of the truth leads to explosive findings that uncover the lengths to which the nation's top intelligence agency went to destroy evidence, subvert the law, and hide a brutal secret from the American public. [Metacritic]

"With razor-sharp dialogue and a perfect cast, The Report hums."

"A gripping procedural about the tenacity and moral certainty needed to navigate a complex Washington minefield."

"[T]he film... is merciless in exposing the brutality and almost comic ineptitude of the CIA's so-called EIT programme (it didn't work)."

"A sense of quiet fury courses throughout the narrative, but we never see that explode onto the screen, and it's a more interesting, thoughtful film for it."

"A sobering, supremely well-crafted procedural in the vein of Spotlight in The Post that seems designed to induce anger and catharsis in equal measure."

"A large-scale saga of corruption, justice, and overwhelming relevance that's at once gripping and eye-opening, even if you're the sort of news junkie who thinks they already know the story. Burns, by trusting the audience, has created a darkly authentic political thriller that does exactly what a movie like this one should do. It leaves you chastened and inspired."