Affable hillbillies Tucker and Dale are on vacation at their dilapidated mountain cabin when they are mistaken for murderers by a group of preppy college students.
(R, 89 min.)
*Mother's films will begin at dusk, showtimes are tentative. 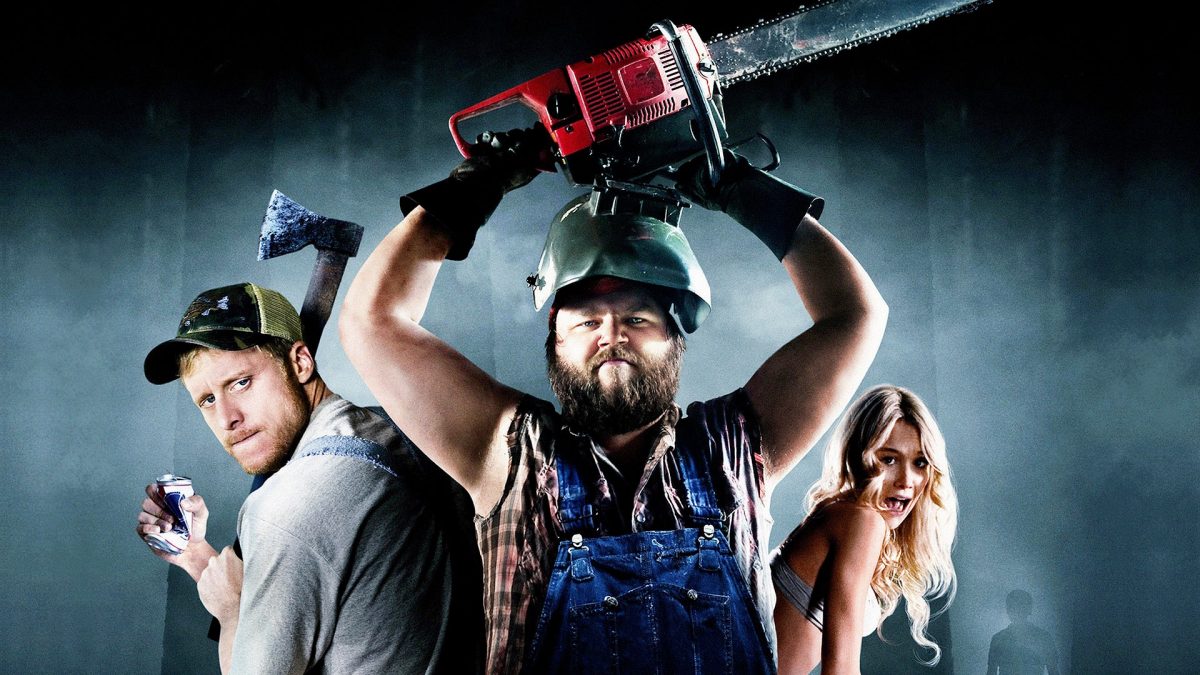 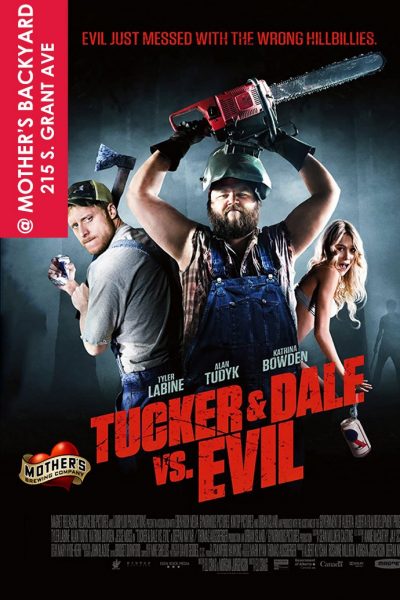 We’re teaming up with Mother’s Brewing to screen “Tucker and Dale vs. Evil (2010)” in Mother’s Backyard! (215 South Grant Ave.) So bring your blankets and/or lawn chairs to ensure you are comfy during the movie. You can’t bring booze, but don’t worry, Mother’s has you covered on that. Tickets are on sale at the door.
This is a 21+ event.
Mother's films will begin at dusk, showtimes are tentative.

"Uses its reversal of the standard roles in rural horror to fantastic comedic effect."

"Here's something you don't see every day: a genial, politically correct splatter comedy."

"This is one of those rare genre comedies that near-perfectly balances its blend of grue, guffaws, and gag reflexes."

"Takes common horror movie elements, pumps them full of absurdity, blood and even some heart, shakes them up and then hands over the result - a charming spoof that's a blast to watch."

"This movie is certifiably insane, that's a given, but it's also extremely witty, has far more intelligence than you might originally expect and has a grand time exploding clichés and playing with an audience's expectations."

"Clever horror/comedy hybrid of the kind that Sam Raimi used to make and that so many have tried to produce in recent years but have fallen remarkably flat. There's nothing flat about this clever genre flick. For the right audience, it's pretty great."